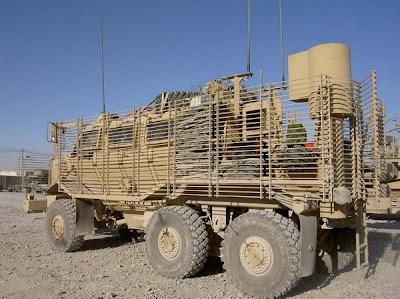 The vehicles will be used by Australian Army engineers to detect explosive hazards, including mines and IEDs, to create a safe pathway for troops as they patrol Uruzgan province in Afghanistan. 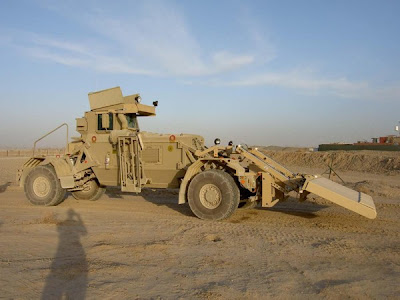 The HUSKY mounted GPR provides the ability to detect explosive hazard threats from within an armoured vehicle.

It will protect our troops by allowing them to detect IEDs that other detection equipment might not be able to find, especially devices with low or no metal content.

The interrogation arm is a safer way of confirming that an IED has been found. It allows our troops to make this confirmation remotely from a safe distance under armour from inside the BUFFALO vehicle. Currently, Sappers have to manually examine any suspected IED.

The high definition Gyrocam camera is mounted on a mast 8 to 10 metres above the vehicle to give a 360 degree view of the terrain. It has a thermal imagery capability and high quality zoom to detect IED indicators from a distance.

The vehicles will be on loan for around 12 months from 2012. In the meantime, work is underway to assess the possible aquisition of a permanent system.

The systems were used by Canada in Kandahar and will become available following the draw down of Canadian Forces, which will be completed by the end of the year.

These additional measures come on top of other initiatives put in place to protect Australian soldiers against IEDs.

Measures that have been delivered as part of the $1.6 billion package the Government committed to following the 2009 Force Protection Review include:
- Upgrading our Bushmaster vehicles to provide better protection for troops inside;
- Equipping Bushmasters with heavier calibre weapons;
- Rolled out new lighter TBAS combat body armour;
- Attaching mine rollers to the front of Bushmasters to roll ahead of the vehicle to take the impact of an IED explosion;
- Purchasing new handheld mine detectors;
- Improving counter IED training here inAustralia; and
- Delivering the Counter Rocket Mortar and Artillery early warning system.