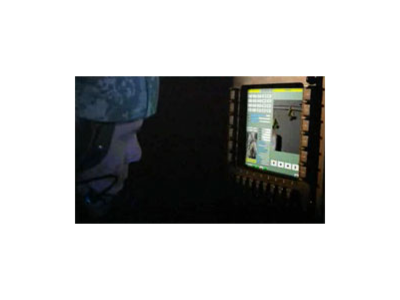 Northrop Grumman has successfully demonstrated advanced technologies for ground vehicle protection and situational awareness at the Camp Roberts range with its Smart Integrated Vehicle Area Network (SiVAN) and vehicle-mounted sensors, according to a company statement on 25 October,

In one of the test scenarios, Northrop Grumman simulated a typical convoy mission leaving a Forward Operating Base. By using SiVAN and vehicle-mounted sensors, crews in multiple vehicles ‘maintained situational awareness with each other and the Tactical Operations Center (TOC) under all weather conditions’. Being connected to a wireless mesh network, the systems ‘shared target information with other networked sensors and with the TOC. Operators were able to view imagery from several sensors’.

According to the company, SiVAN is a highly survivable, self-healing vehicle network that uses a simple plug-and-play interface to connect disparate technologies and allows warfighters to add devices as needed and distribute the data throughout the network. It provides a self-forming information link between devices, local area dismounts, unmanned aerial vehicles and any other platform, allowing them all to interoperate seamlessly. The network's open architecture foundation is optimized for the rapid integration of future technologies.

Kay Burch, vice president of communications, intelligence & networking solutions for Northrop Grumman's Land and Self Protection Systems Division, said the test had important implications for the safety of  military convoys, resupply and force mobility in theatre, all of which face a ‘number of significant threats’.

‘Improving their safety was one of the goals of our testing at Camp Roberts. The digital interoperability we demonstrated here will improve warfighters' situational awareness by giving them greater access to the information they need, when they need it,’ Burch said.