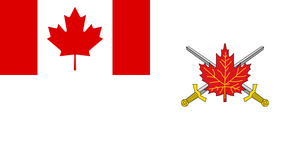 The Government of Canada today announced that no compliant bids were received in response to theRequest for Proposals (RFP), which was launched in February 2012 and closed on June 11, 2012, to procure equipment and in-service support under the Integrated Soldier System Project (ISSP). Normal procedures call for the cancellation of the solicitation in such an event.

The procurement process for the Integrated Soldier System Project included extensive consultations and engagement with industry to ensure that the complex project requirements were fully understood.

The engagement began in April 2008 with numerous industry days and equipment demonstrations, as well as the loan of National Defence equipment to industry for a two-month period to further assist bidders in becoming familiar with the project requirements. Regular updates, including drafts of the RFPand technical specifications, were posted on National Defence’s ISSP website. Following the release of the RFP in February 2012, numerous questions from bidders were answered to clarify bidding requirements. Five bids were received.

An evaluation of the received bids concluded that none were compliant. The Fairness Monitor, who was engaged to oversee this competitive process, agrees that all bids were non-compliant.

The government is committed to moving this project forward in an open and transparent manner and intends to re-solicit bids for the Integrated Soldier System Project as soon as possible. Public Works and Government Services Canada anticipates being able to release the new solicitation no later than April 1, 2013.

The ISSP will provide soldiers with an integrated suite of equipment that includes weapon accessories, electronic devices, sensors, individual equipment, and operational clothing. This system will significantly increase soldiers’ performance, as they will be able to seamlessly share data and voice communications with low-level command centres through a network. This capability will provide more effective and timely interaction. As a result, soldiers will have more comprehensive situational awareness, real-time tactical information and greater synchronization of activity.