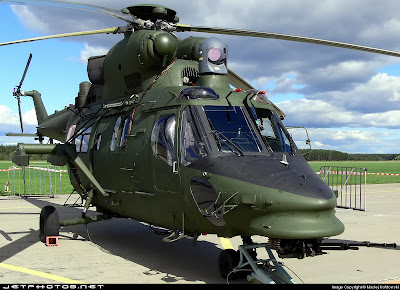 CALBAYOG CITY – AFP Chief of Staff, General Eduardo SL Oban Jr. disclosed that the government has shifted its focus to internal security operations in order to improve existing capabilities in terms of command, control and communication and that is why there are releases of funds in the amount of P32 Billion.


“We have leveled up the capability of the ground troops in so far as internal security is concerned and that is why we have to fill in that gap which is being mandated in the 2009-2010-2011 projects as part of the medium term plan”, he clarified.


Oban said that there is transition to territorial defense most particularly in the Philippine Navy (PN) by procuring new equipment for maritime security (i.e. strategic ceiling & logistics vessels, coast watch system radars installed in the ground to detect and monitor the movements of floating assets in the area) which is essential for an effective surveillance system to focus the scarce resources in identified areas.

For the Philippine Air Force, the first batch of 4 brand new combat utility helicopters will be delivered in November and the remaining 4 is scheduled next year of same month, Oban said.

He added that the final batch who underwent Basic Aircraft Training has just concluded.

The Philippine Army on the other hand will soon have a night fighting system within the year, he said.

What has been enumerated by Gen. Oban was part of the 11 deliverables taken from 2009-2010 programs.

When Congress approved Joint Resolution No. 28 on December 1996 in which both the senate and the house gave their blessings to Republic Act 7898 or the AFP Modernization Act, it aims to develop the capabilities of the Armed Forces of the Philippines to a level where it can effectively and fully perform its constitutional mandate to uphold the sovereignty, and protect and preserve the patrimony of the Republic of the Philippines.

The law envisioned a professionalized armed force, as well as “the acquisition and upgrading of appropriate technology and equipment” to bring the AFP into the 21st century.

Gen. Oban clarified that the AFPMP changed its priorities particularly in 1997 when the country was affected by Asian financial crisis. The program was no longer realistic as an implementation tool, so the government has to modify its approach in order to combat the increase of insurgents in the area.

At present, the AFP particularly the Philippine Army is intensifying its campaign on internal peace and security plan “Bayanihan”.

In his visit to the 8th Infantry Division, he acknowledged the concept used by MGen. Mario F Chan especially when its accomplishments was manifested in the 2011 first semester cited by OG3 (Operations) as best performing division in the country, with 36 encounters, 46 firearms recovered, 22 enemies neutralized, 2 brigades in top 5 and 2 battalions in top 10.

He added that the Internal Peace and Security Plan (IPSP) Bayanihan is universal, applicable and its approach depends on the commander’s creativity and strategy.