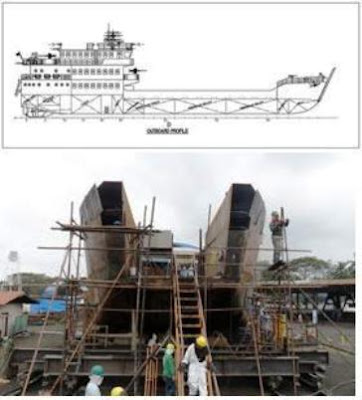 MANILA, Philippines - The Philippine Navy is commissioning the construction of a 579-ton Landing Craft Utility (LCU) that will be launched in the last quarter of the year.

The engine and propulsion system of the ship will be created by PROMPMECH while its hull and fixtures will be made by Philippine Iron Construction and Marine Works (PICMW).

The construction of the ship is funded by the Navy’s P176-million LCU acquisition project.

“The acquisition of the Philippine-made LCU will provide for a readily available watercraft for combat support missions such as logistic transport and amphibious operations,” Navy spokesman Omar Tonsay said.