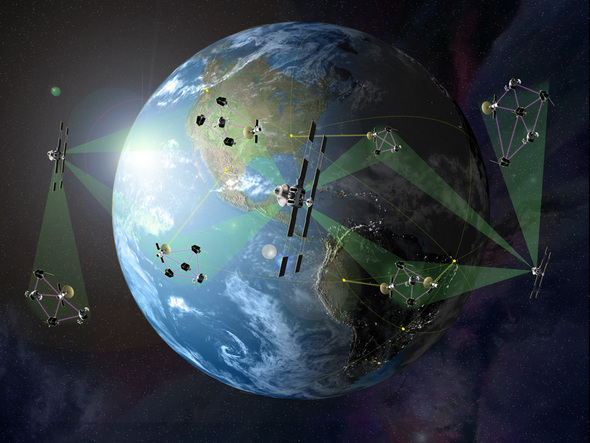 CAMBRIDGE, Mass. | Raytheon BBN Technologies has been awarded $2.4 million in funding by the Defense Advanced Research Projects Agency (DARPA) to design and integrate an information architecture for wireless small module satellites. BBN is a wholly owned subsidiary of Raytheon Company.

The award is part of the System F6 program and will support secure real-time communications among satellite modules.

The goal of the F6 program is to replace today's large satellites with clusters of less costly small modules that carry and share resources over a wireless network. When complete, the program will result in wireless modules clustered in outer space that work as a seamless whole. In this flexible system, it will be easy to replace or add modules without interrupting communications or taking the satellite off-line.

"BBN has long been recognized as a leader in advanced networking and has an impressive record of providing our government with superior networking technologies," said Craig Partridge, principal investigator at Raytheon BBN Technologies. "With this contract award, our goal is nothing short of assuring that DARPA gets a superior networking capability that enables F6's many advantages over a single large satellite."