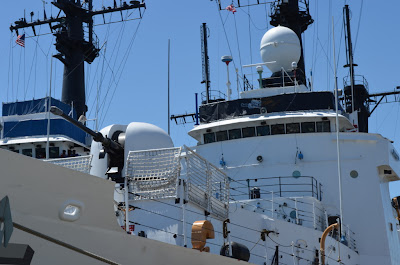 Navy eyeing to acquire two more Hamilton-class ships from the US. (photo : ofwheroes)

23.08.2011 DEFENSE STUDIES
MANILA, Philippines - President Aquino yesterday enumerated a list of military equipment to be acquired in fulfillment of his promise of modernizing the Armed Forces of the Philippines (AFP) during his term.
Aquino said among the equipment to be purchased are jet trainers that would enhance the skills of pilots and radars to monitor the country’s territorial waters.
“With regard to the equipment I want…I want everything. But what we will acquire, we have lead-in jet trainer… to keep the skills of the jet pilots, especially the fighter pilots still active. We won’t have the fighter jet but we will have these lead-in jet trainers to keep their skill levels,” Aquino told reporters at arrival ceremonies for the BRP Gregorio del Pilar at Pier 13 in Manila.
Aquino said the government plans to acquire surface attack aircraft, air defense radars, long-range patrol aircraft and closed air support aircraft for the Air Force.
“For the Navy, strategic sea-lift vessels, off-shore patrol vessels, naval helicopters – there are at least three of them, coast watch stations, similar weather-heavy endurance cutters,” he said.
Aquino said the Army would be provided with new assault rifles, armor assets, tanks, armored personnel carriers, force protection equipment like helmets and bulletproof vests, night-fighting equipment and radios.
Aquino said the Navy is still studying whether it needs to purchase a submarine to secure the country’s territory.
“The (acquisition of a) submarine is being studied by our Navy, whether or not practical, whether or not it meets our needs,” he said.
Aquino said a country in Southeast Asia bought a refurbished submarine for a bargain price of $12 million but ended up spending more to refit the vessel for tropical conditions.
“They ended up spending the same as if they bought it brand-new,” Aquino said.
Navy chief Vice Admiral Alexander Pama said they are cautious on the plans to purchase submarines to beef up their capabilities.
“This is a complicated matter,” Pama said. “We don’t want to commit a mistake by jumping into something. As I said, we don’t want to buy something which eventually we cannot chew and swallow,” he said.
When asked if the purchase of submarines is possible under Aquino’s term, Pama said: “I cannot second guess the President…there are several factors (to be considered)…it starts from our capacity, in terms of resources and second, our readiness.”
Pama said they are also eyeing to acquire two more Hamilton-class ships from the US.
The government has allotted P11 billion this year to bankroll the military’s capability upgrade program.
Of this, P8 billion will come from proceeds from the Malampaya natural gas project in Palawan while P3 billion will be sourced from the military’s modernization funds.
Budget Secretary Florencio Abad earlier said the government would implement a P40-billion military modernization project over the next five years, starting in 2012.
Abad said the government would allot P8 billion annually over the next five years for the Armed Forces’ modernization program.
Aquino vowed to exercise good governance to enable the government to upgrade the military’s capabilities.
“Through our responsible governance, through the straight path, we can do more…we won’t stop with ships. We won’t be contented with helicopters,” he said.
“We can offer modern weapons, faster patrol craft and more effective equipment to our soldiers and police without wasting money from our state coffers…We will buy these new equipment at the right price.” 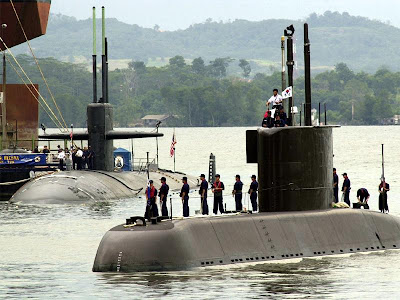