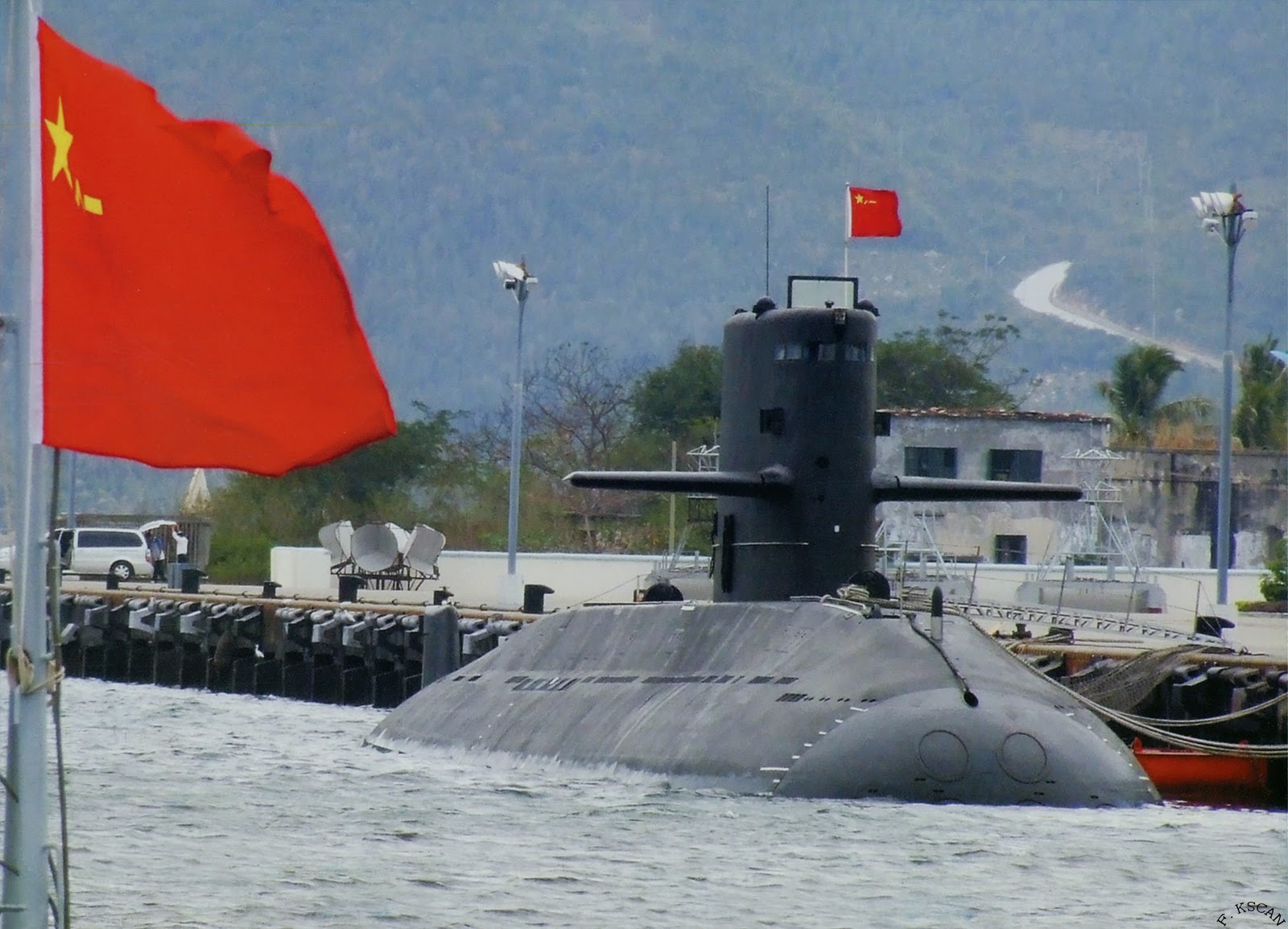 Over the last five years Chinese submarines have been going to sea a lot more, at least the diesel-electric boats have been. This is worrying to other nations in the region, and the U.S. Navy, because it means China is training its submarine crews for war. Previously the Chinese kept their fleet in port most of the time. This was cheaper although in wartime it meant that Chinese warships would not last long in combat against a better trained fleet (like the Americans, or Japanese or South Koreans or Taiwanese.) Now the Chinese are building better quality subs, and feel they may have a fighting chance, if they have better prepared crews as well.

For China, one downside of all this training is that the U.S. Navy has more opportunity to practice hunting Chinese subs. This is particularly true for American subs, which are well equipped with passive (listen only) sonar and are even more effective if they have a lot of sound samples for enemy subs operating underwater or on the surface. The U.S. has discovered that Chinese diesel-electric boats are rapidly getting quieter, apparently because the Chinese have learned more about advanced techniques for “silencing” subs. Still, most of the 60 Chinese subs in service are pretty noisy and easy to find.

Meanwhile the Chinese Navy has been designing and building a rapidly evolving collection of "Song" (Type 39) class diesel-electric submarines that emphasize quietness. The changes have been so great that the latest four Songs have been called Yuan class (Type 39A or Type 41). The original design (Type 39) first appeared in 2001, and 13 have been built. But in 2008, a noticeably different Type 39 appeared. This has been called Type 39A or Type 41. Two of these Type 39As appeared before two of another variant, sometimes called Type 39B, showed up. The evolution continues and there are now six or seven "Type 41 Yuan Class" subs (of at least three distinct models). These latest models appear to have AIP (air independent propulsion system) along with new electronics and other internal improvements.

This rapid evolution of the Type 39 appears to be another example of China adapting Russian submarine technology to Chinese design ideas and new technology. China has been doing this for as long as it has been building subs (since the 1960s). But this latest version of what appears to be the Type 41 design shows Chinese naval engineers getting more creative. Two or more Yuans are believed to have an AIP that would allow them to cruise underwater longer. Western AIP systems allow subs to stay under water for two weeks or more. The Chinese AIP has less power and reliability and does not appear to be nearly as capable as Russian or Western models. The Chinese will keep improving on their AIP, just as they have done with so much other military technology.

The Songs look a lot like the Russian Kilo class and that was apparently no accident. The 39s and 41s are both 1,800 ton boats with crews of 60 sailors and six torpedo tubes. This is very similar to the Kilos (which are a bit larger). China began ordering Russian Kilo class subs, then one of the latest diesel-electric designs available, in the late 1990s. The first two Type 41s appeared to be a copy of the early model Kilo (the model 877), while the second pair of Type 41s appeared to copy the late Kilos (model 636). The latest Yuans still appear like Kilos but may be part of an evolution into a sub that is similar to the Russian successor to the Kilo, the Lada.  The Type 39s were the first Chinese subs to have the teardrop shaped hull. The Type 41 was thought to be just an improved Song but on closer examination, especially by the Russians, it looked like a clone of the Kilos. The Russians now believe that the entire Song/Yuan project is part of a long-range plan to successfully copy the Kilo. If that is the case, it appears to be succeeding.

China currently has 13 Song class, 12 Kilo class, seven Yuan class and 18 Ming (improved Russian Romeo) class boats. There are only three Han class SSNs, as the Chinese are still having a lot of problems with nuclear power in subs. Despite that, the Hans are going to sea, even though they are noisy and easily detected by Western sensors. Five Hans were built (between 1974 and 1991) but two have already been retired. There are four newer Shang class SSNs in service, but these are still pretty noisy. The Song/Yuan class subs are meant to replace the elderly Mings.