Supacat’s Introduces a Military Version of the Wildcat Race Car 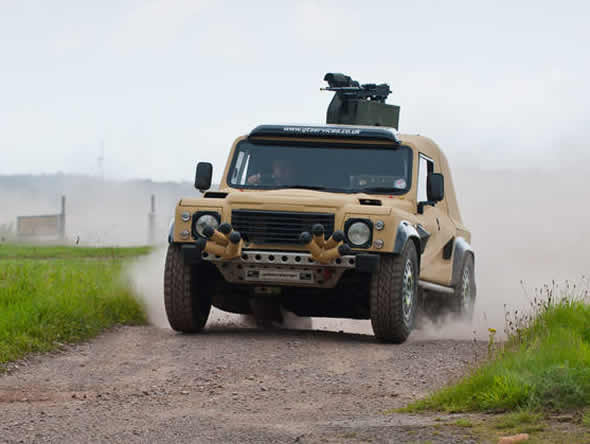 “Compared to other ‘Modified Off The Shelf’ vehicles, the Wildcat is on a different level in terms of performance and durability” said Jamie Clarke, Sales and Marketing Manager, Supacat. ”It has the race results to prove it can perform in the desert and other environments, it is light and agile yet big enough to carry the sub-systems required on operations. As military vehicles have become heavier and more expensive due to increased protection requirements, we perceive that there is a gap in the market for a platform like the Wildcat.

According to Supacat, the new vehicle is filling a significant gap that currently exists between lightweight and less expensive high mobility platforms such as quad bikes and the heavier, more specialist and well renowned Jackal. The company teamed with Wildcat Design Authority, QT Services, the developer of the vehicle to transform the race car into an affordable, off-road military variant of the Wildcat 500 DKR which was proved highly effective in off-road races such as the Paris-Dakar race. Beyond the prototype phase, Supacat will be responsible for militarizing the vehicle, including systems integration and volume production. As other Supacat specialized vehicles such as the Jackal and SPV400, the Wildcat will be offered with lightweight armor protection, weapons and communications systems, to meet specific requirements. 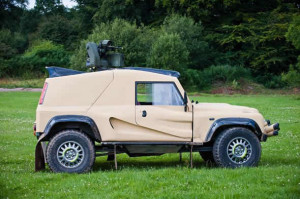 The military Wildcat prototype was displayed armed with Thales supplied version of the Kongsberg Super Light remotely operated weapon station, fitted with 600 rounds in the ready round bin. The weapon is controlled by a joystick or 'thumb controller' with the target viewed by daylight or night camera on the display inside the vehicle. Photo: Supacat

According to Clarke, Supacat has a history of successfully using the motorsport industry to enhance its vehicles, for example, the Jackal has over 14 motorsport companies in its supply chain. However, the Wildcat represents a new level of integration of motorsport solutions for military use as it is the first time an entire platform is adapted into a military vehicle.

The Wildcat has a tubular space-frame chassis and state of the art suspension with an outstanding reputation for rugged reliability. With a Gross Vehicle Weight of 2580kg and size (3800mm x 1755mm) it is easily air portable. Maximum speed is 106 mph (170km/h) and range is 2000km. The Wildcat is available with specially developed air conditioning to greatly reduce crew fatigue. It also shares some parts with Land Rover so the logistic footprint is reduced for any military customer who already has Land Rovers in service. Supacat will be displaying a militarized variant of Wildcat at DSEi in September.