France has nearly 2,500 troops in Mali and they are advancing north with Mali troops. Several hundred combat experienced troops are coming from Chad, moving by road in their trucks and armored vehicles. At least 160 troops from Burkina Faso have recently arrived in central Mali, near where the French are operating. Most of the African troops will be used to maintain order in towns Islamic terrorists have been driven out of.  Mali military leaders want the French to lead an advance on the main al Qaeda strongholds in the north (Gao and Timbuktu). Before this can happen transportation and logistics (supply delivery) must be arranged. America, Belgium, Britain, Canada, Denmark, Netherlands, Spain, and the UAE (United Arab Emirates) are providing transport planes and helicopters needed to help move the African and French troops around in the north. It will take a few weeks to get the aircraft and helicopters into Mali, along with their support troops, equipment, and supplies. A lot of fuel will be used, especially by the helicopters and warplanes. That has to be trucked in to landlocked Mali. As the old saying goes, “amateurs study tactics, professionals study logistics.” Sending troops north without sufficient water, food, water, ammo, fuel, and other supplies, and the ground and land transport to keep the stuff coming, is not practical. It simply won’t work. 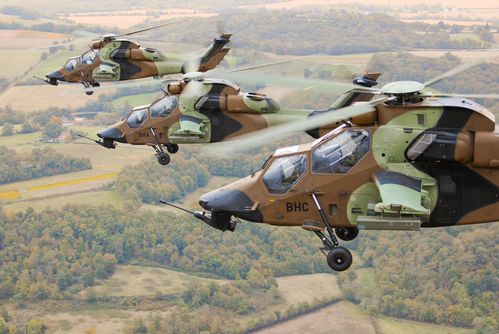 Al Qaeda is operating in small groups, usually columns of a dozen or so vehicles (usually trucks of some sort) carrying a hundred or so gunmen. They travel light and steal what supplies, vehicles, and anything else they can to keep going. These combat columns are excellent targets for the Hellfire missiles carried by UAVs. Some of these are expected to be operating in Mali as well, both French and American models. Some may already be running surveillance missions over north Mali as the U.S. has been using some in the area to find Islamic terrorist operating in the semi-desert Sahel that stretches from the Atlantic to the Red Sea. France is also using armed helicopters against the Islamic terrorists.

Because of the aggressiveness and savagery demonstrated by the Islamic radicals in northern Mali, other African nations are contributing more troops than the 3,300 the UN authorized. Chad alone has pledged 2,000. If Western nations provide the supplies, cash, and transportation for all these, there could be up to 10,000 African peacekeepers in Mali in the next few weeks. Many of these troops are poorly trained and equipped compared to Western forces and, at best, can only defend themselves from the fanatical Islamic terrorist forces. But some of the African troops are able to go after the fanatics and defeat them, especially if they have some air support. The French are using their smart bomb equipped warplanes and armed helicopters to deal with al Qaeda fighters, which is why the Islamic fanatics have fled the French. There is no defense against smart bombs, especially when combined with well trained and equipped Western infantry. Al Qaeda first learned that in Afghanistan in late 2001, and has received thousands of additional lessons since then.

Mali troops are accused of singling out and murdering lighter skinned Arabs and Tuaregs in towns that were briefly occupied by al Qaeda. The victims were accused of being Islamic radicals or collaborators. Some black Africans were accused of collaborating with al Qaeda. When the Islamic radicals arrived in towns like Douentza, Diabaly, and Konna they offered cash to those who would join them as fighters or help run the town. When the French and Mali troops arrived, these collaborators were identified by other town residents. It’s no secret in southern Mali what is happening in the north. Hundreds of thousands of northerners (both native Tuaregs and black Africans) have fled their to the south and all tell the same stories of being terrorized and plundered for not being Islamic enough. It’s also been reported that the Islamic terrorists have lots of cash and they recruit unemployed teenagers to help with security and identifying non-Moslems, foreigners, or families of soldiers or government officials. This sort of animosity has been around for over a thousand years. Arabs first moved south of the Sahara over a thousand years ago and often came as conquerors and slavers. Although many of the black Africans were converted to Islam, the lighter skinned Arabs (including the Tuareg and Berbers of North Africa) considered themselves superior. This racist attitude has persisted and the black Africans often reciprocate. This is one reason why the largely Tuareg of northern Mali constantly rebel. Not only is the Mali government corrupt but it is dominated by black Africans, which is what 90 percent of Malians are. Officially, Islam and most African governments deny that such ethnic tensions exist. This in itself is progress, but the animosities remain and often become quite deadly. The slaving also continues, most recently in Sudan, where the government encouraged Arabized tribes to raid non-Moslem black African tribes and take slaves.

About a third of the people living in northern Mali have fled to get away from the harsh rule of the Islamic radicals (al Qaeda and others). Many media outlets in the Arab world have said little about this but have condemned the French intervention in Mali as another example of the West making war on Islam. Some Western media, usually leftist run operations that consider fighting Islamic terrorism another form of Western imperialism, have gone along with this. Most Mali Moslems (90 percent are) also fear what is going on in the north and will take any help they can get to drive the Islamic radicals out. While many Islamic clergy back the use of Islamic law to control corruption and bad government (Mali has lots of both), it’s no longer prudent in the south to preach about how great Sharia (Islamic law) is.

Such talk is still popular in Arabia, where Saudi Arabia and several other nations there use Sharia extensively. Many Saudi charities are known to channel some of their ample funds to groups that back using violence to impose Sharia. The Saudis have outlawed giving money to al Qaeda, but a lot of Saudi cash is still reaching Islamic radicals and many people in Arabia still back imposing Sharia everywhere and doing whatever is necessary to make this happen. The new pro-Islamic government of Egypt is also hostile to the anti-terrorist operations in Mali. Mohammed al Zawahri, the brother of al-Qaida leader Ayman al Zawahri, was freed from prison and declared innocent of any crimes last March and is loudly condemning France for helping Mali. He has been calling on all Moslems to help defend al Qaeda, and Islam, in Mali and fight against the Western invaders. Mohammed al Zawahri denies belonging to al Qaeda but supports its goals (turning the world into an Islamic religious dictatorship).

January 23, 2013: At least a thousand African troops have arrived to serve as peacekeepers. This is part of a 3,300 strong force authorized by the UN and organized by ECOWAS (Economic Community of West African States). Western nations are expected to supply weapons, equipment, supplies, and cash to keep these troops operational. 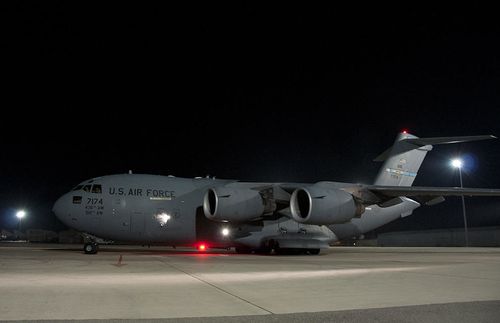 January 22, 2013: Mali troops are patrolling Diabaly (400 kilometers north of the capital), a town the French recently chased al Qaeda out of. The U.S. revealed that its C-17 transports had begun moving French troops and equipment from France to Mali.

January 21, 2013: French troops entered Diabaly (350 kilometers north of the capital) after using some smart bombs on the houses al Qaeda had taken over. This caused the surviving terrorists to flee on foot two days ago, after holding the town for five days. Residents said that no civilians were hurt by the bombing. The French warplanes have targeting pods which enable the pilots to scrutinize the target in detail before releasing the laser guided bombs or missiles. French pilots have been doing this in Afghanistan and Libya for years.

Another column and French and Mali troops recaptured Douentza (800 kilometers north of the capital) and found the al Qaeda garrison gone. This town is just across the unofficial border between the north and south and has been occupied by al Qaeda since last September. The town is also about 200 kilometers northeast of Mopti, the main town separating north and south Mali. North of Douentza there is mostly desert and not many people. Over 90 percent of Malians live south of Mopti.

The 32 Islamic terrorists from Mali who attacked a natural gas field in Algeria four days ago have been all killed or captured. The group planned to grab as many foreign workers as they could and return to Mali, where the foreigners could be held for ransom. The Algerian security forces prevented this but nearly 40 captured workers were killed, along with 29 terrorists.

January 20, 2013: Canada has moved most of its embassy personnel out of Mali and urged any other Canadians in Mali to leave as well. January 19, 2013: Nigeria has sent two of its light bombers (Alpha jets) to Mali. Nigeria has used these jets in peacekeeping missions before, for scouting and attacking ground targets with machine-guns and bombs.