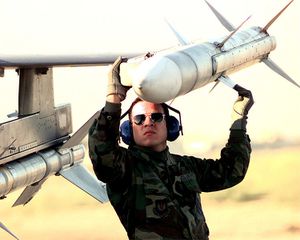 Harris Corporation (NYSE:HRS), an international communications and information technology company, has been awarded a multi-year, $11 million follow-on order for Warhead Replacement Tactical Telemetry Modules (WRTTM) supporting the U.S. Air Force Advanced Medium-Range Air-to-Air Missile. Under this newest order, Harris will deliver WRTTMs to the Tyndall Air Force Base in Florida. The contract brings the overall value of the WRTTM program to Harris to more than $181 million since 1991.

During live test and training firings at Tyndall Air Force Base in Florida, the Harris WRTTM has provided weapon system evaluators with critical flight and performance information about the AMRAAM, as well as command-destruct capability for the missile — from the time it is launched from F-15, F-16, and F-22 aircraft until impact.