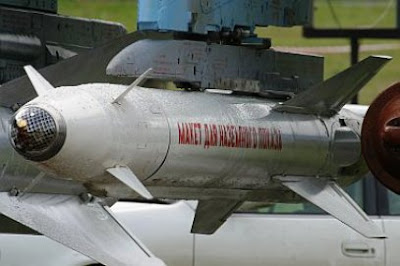 Russia continues to hand over to the Vietnam Air Force a large number of variant air to ground missile Kh-25/25M equip the MiG-21 fighters, Su-22 and Su-27. (photo : Martin Rosenkranz)

According to the latest report of the Tactical Missile Corporation (KTRV), the company has transferred to the Vietnam People's Air Force large number of variants advanced missile Kh-25 (without specifying specific number) to equip the fighters perform ground attack missions, and anti-radar ocean surface.

Besides Vietnam, the same missiles were transferred to Russia for patrons such as India, Algeria and Turkmenistan.
The report also reiterated, in 2009, KTRV was transferred to Vietnam 17 anti-ship missiles Kh-35 UranE (3M24E) with a value of 767 million rubles in 2010 and has continued to transfer additional 16 missiles of this type ( 656 million rubles) with eight training missiles worth 72 million rubles 3M24EMB.

According to information from suppliers, the Kh-25ML missiles, Kh-25MR Kh-25MP/MPU and will be equipped for combat aircraft Su-22, MiG-21 and Su-27 in Vietnam People's Army.

The addition of this new missile capability enhances air strikes on land and sea surface of the aircraft are stationed at the air base north along the coast and to consolidate more power protection defense, especially the sovereignty of Vietnam's sea islands. 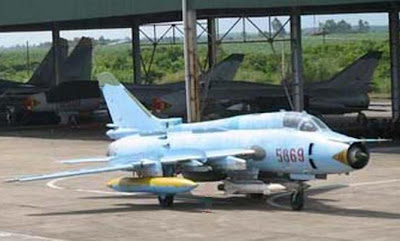 Kh-25/25M (identified as AS-10 Kerry NATO) is not rocket - to - earth light by the Soviet / Russian development. The missile is produced in many variations through a series of modules of different navigation system and achieve a range of 10 km.

Designed by Zvezda-Strela, Kh-25 was designed based on laser-guided missiles Kh-23 (AS-7 Kerry). Until now, the new variant of the Kh-25 missiles continue to be widely used and constantly modernized.

Variations Kh-25MP/MPU missiles (AS-12 Kegler) anti-radar, including Kh-25MPU upgrade features improved anti-radar optimized to excel, including X-band radar air defense . Kh-25MP/MPU guided by passive radar homing head and can be added both inertial guidance system to attack the target, even if no radar target signal (off).

Kh-25ML is a tactical guided missiles, guided by the semi-active laser homing, specialized attack tactical targets are small. The missile can be launched directly from an air or free dive angle -40 degrees.

The missile is integrated a target device detonated on impact and one bullet, so be sure to destroy all the targets hidden obstacles (concrete, armored vehicles and the like ) and reduced pan angle by hitting a surface barrier.
Kh-25ML release maximum speed is 870 m / s, range 10 km, using two types of warheads and detonate attack is frequently explosive, warhead detonated a small hole on obstacles to cross-flow heat and destroy targets behind, and the type of explosive warheads will penetrate through obstacles then explodes target.

Kh-25ML Air Force is quite common to use the export and it is designed in accordance with the adjustment of foreign aircraft. Variations include the Kh-25ML/Kh-25MUL for combat training, Guided missile Kh-25MR radio professionals to perform the ground, sea and mostly fitted on Su-22 aircraft in Vietnam. To launch the missile, aircraft will be fitted with radio pod shot lead Delta-NG in the wings or nose.

Russia has also developed variations that modify Kh-25MS/MSE missiles and Kh-35 missiles guided by satellites. However, Vietnam did not purchase these missiles lack of such a navigation system.