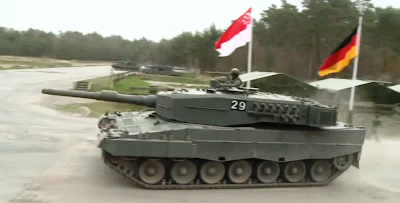 Eight of the SAF's Leopard 2SG MBTs and four of the Bundeswehr's Leopard 2A6 MBTs were involved in the joint live-firing exercise at the NATO-Bergen Training Area, Germany  (all photos : Sing Mindef)

During his visit, Dr Ng was briefed on the conduct of the exercise and witnessed a successful bilateral live-firing involving the 2nd Company of the 48th Battalion of the Singapore Armoured Regiment and their German counterparts from the Bundeswehr's 33rd Panzer Battalion. Both armies had been engaged in rigorous training and exchange of pointers in the lead-up to the joint exercise, which involved the execution of tactical manoeuvres. 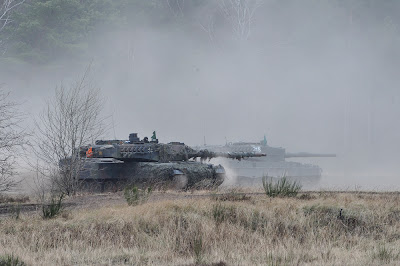 Speaking to the servicemen at the visit, Dr Ng emphasised the importance of overseas training in providing realistic and challenging training opportunities for the SAF to hone its operational readiness and extended his appreciation to them for their professionalism and dedication. Giving his thoughts on the exercise, Dr Ng said, "I think all servicemen recognise and realise that they have to optimise these very precious training resources. It makes a big difference for them, they know that that once they have done this, they are very confident that they can fire accurately on the move and they are confident as a crew. I think that is something they have achieved that cannot be taken away from them - that they feel very confident of themselves." 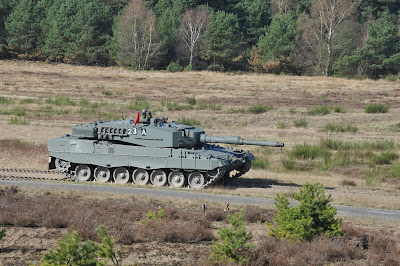 Exercise Panzer Strike is the fifth in the series and has included a bilateral live-firing component for the second consecutive year. It will involve more than 1300 armour personnel, 14 Leopard 2SG Main Battle Tanks and 11 Bionix I Infantry Fighting Vehicles. These training opportunities in Germany have helped build up the professionalism and capabilities of the SAF Armour. Due to a recent agreement, SAF Armour will now be able to double their training time in Germany.