Ankara hopes that by 2017, as the first Altay MBT rolls off the production line it will be produced both for Turkey and Saudi Arabia. Photo: Savunma ve havacilik, Turkey

The rift between Sunni and Shiite moslems reflected in the Syrian Civil war could open new business opportunities for Turkish defense industries, the Turkish Hurriyet Daily News reports. One of the main prospects, Saudi Arabia is sharing political and strategic interest with Turkey, particularly over the Syrian civil war and support for Syrian rebels. “There are indications that their political alliance with Ankara may facilitate bigger contracts,” Hurriyet quoted a top defense industry official in Turkey.

An executive from a Turkish armored vehicles manufacturer said that reinforced alliances with some of the Gulf countries over the Syrian crisis have already indicated that new contracts could be in the offing for the Turkish arms industry. “I can say that we are more warmly welcomed in certain [Gulf] capitals than before. Our counterparts have made it clear that almost excellent political relations their countries have with Turkey could soon turn into new business opportunities for Turkish defense companies,” he said.

Turkey has already offered hundreds of Altay Main Battle Tanks (MBT) to Saudi Arabia. While the Altay is still in development, Ankara is hopeful a preliminary agreement over a future order of the Altay could be struck in the near future. “The Altay is not available for immediate sale, but is potentially a powerful export product when you think of a medium-term deal. Saudis are good customers with available cash, good political ties and their need for new tanks. We are hopeful about a future deal [for the Altay],” an official with the Turkish Defense procurement agency (SSM) said. Riyadh expressed interest in modernizing its fleet of MBTs for years, but has yet to decide what tank it would like to buy. Among the platforms they have considered in the past were the leopard II, which is still in consideration, French AMX-56 Leclerc, the cancelled T-95 and its successor T-99 ‘Armata’ from Russia. Saudi Arabia already operates several hundreds American M-1A2 currently undergoing systems upgrades. New tanks are required to replace 320 AMX-30 tanks delivered from France in the 1980s.

Koç Holding’s Otokar is currently producing prototypes of the Altay MBT. Under the turkish defense procurement plan, four tranches of 250 units will be procured over the next decade, gradually replacing some 3,000 German-made Leopard 1 and US made M-60s and obsolete M48 still in service. Ankara is hopeful that a Saudi order could further improve the production cost of the new tank, expected to begin in 2017, establishing the new tank’s position in the export market. 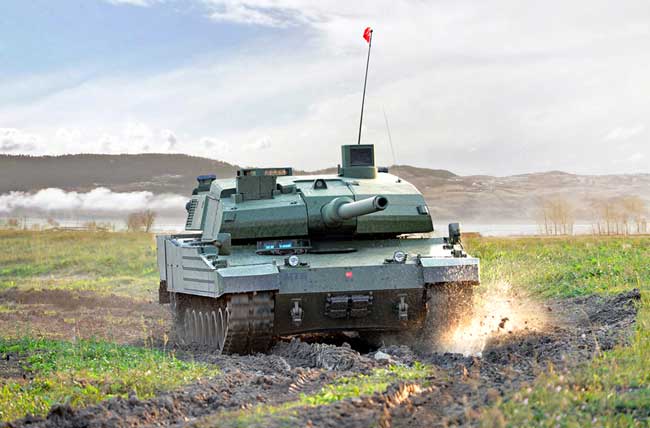