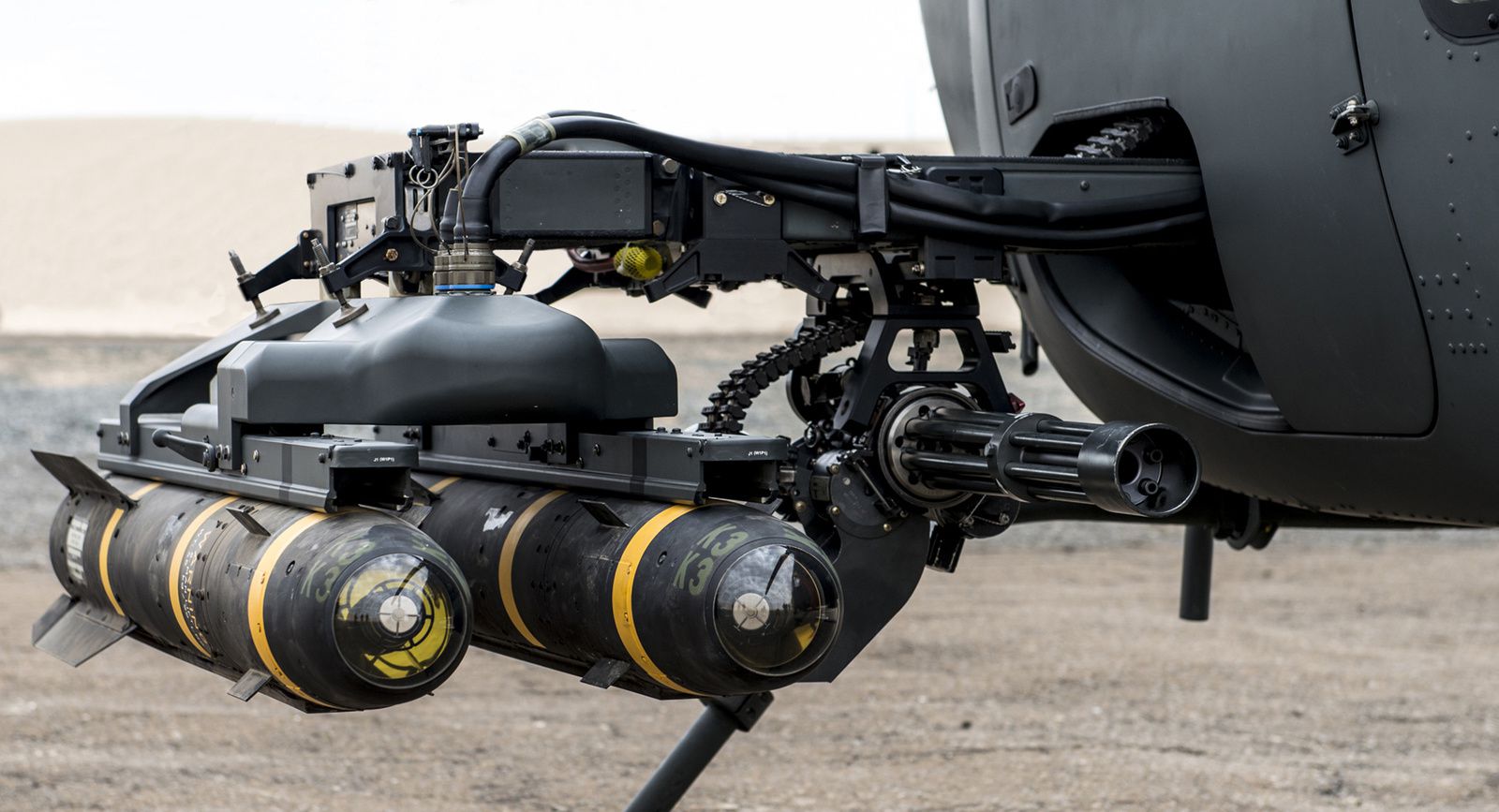 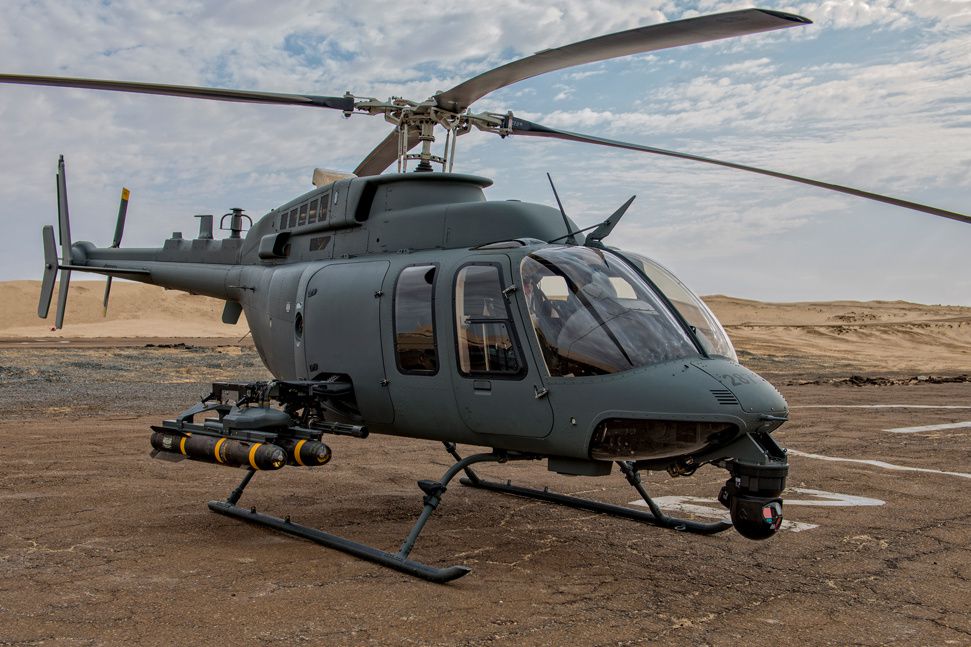 May 6th, 2014 by Brendan McGarry - defensetech.org

“This is amazing,” Spc. Jessica Sanford, 26, an unmanned aerial vehicle maintainer who previously worked on OH-58 Kiowa Warrior armed scout helicopter, gushed on Tuesday at the event, known as Quad A.

The Abu Dhabi-based company took a standard commercial Bell 407GH helicopter and transformed it with state-of-the-art sensors, electronic avionics and weapons systems to create the 407MRH, according to Adam Gunn, the company’s technical director.

The platform can perform any number of missions — from light attack to close air support to intelligence, surveillance and reconnaissance — thanks in part to the FLIR 260HLD electro-optical/infrared sensor beneath the nose, a four-station weapons set-up beneath the wings and an electronic mission-management system in the cockpit.

The price tag: $9 million. “Not everybody has $80 million to buy an Apache,” Gunn explained.

The company, which is owned by a member of the United Arab Emirates’ royal family, has a contract to supply the UAE armed forces with 30 aircraft. It has already delivered two production models and plans to deliver about one a month through 2016. (The model on display was a prototype that was flown from the company’s hangar in Florida.) It has received interest at the show from potential customers in Europe, South America and the Middle East, Gunn said.

Sanford, the soldier, said she liked the fact that there was so much room in the front of the cockpit. She once had to squeeze under the chin bubble compartment in a Kiowa to replace a radar component that failed. Another time, one of the maintainers had to crawl up on the top of the aircraft to replace a sensor payload.

“Everything is so clear and easy to access,” she said.