ISS: What does the Boko Haram-ISIS alliance mean for terrorism in Africa? On 7 March, Abubakar Shekau – the leader of the feared Nigerian terrorist group, Boko Haram, opened a new page in the history of the group when he announced his allegiance to Abu Bakr al-Baghdadi, the self-proclaimed ‘caliph’ and leader of the Islamic State (IS, also known as ISIS or ISIL).

Al-Baghdadi’s acceptance of Shekau’s bay’ah, or pledge of allegiance, has formalised the alliance between two of the world’s most ruthless terrorist organisations. Boko Haram joins a growing number of extremist groups in Egypt, Libya, Algeria, Morocco and Tunisia that have since the beginning of 2014 voluntarily given up their independence by proclaiming the supreme authority of ISIS. Shekau, however, is known for his uncompromising views, raising questions as to how he would respond to orders from al-Baghdadi.

The practice of giving bay’ah has become common among African terrorist groups and is often mistaken to be a sign of weakness or imminent demise. Many factors – including strategic, organisational, leadership and ideological reasons – may account for a group’s decision to pledge loyalty to another.

The Nigerian government has viewed the recent development as a sign that Boko Haram has been defeated as a result of intensified military reprisals, which would pave the way for the postponed elections to take place on 28 March.

Boko Haram is officially known as Jama'atu Ahlis Sunna Lidda'awati wal-Jihad, or People Committed to the Propagation of the Prophet's Teachings and Jihad. Indeed the fight against the group has seen some solid achievements in recent weeks, including the liberation of territories that had fallen under their control in Nigeria and Cameroon. Boko Haram has also been resorting to increasingly desperate tactics, such as suicide bombings (often involving children and young girls), using livestock as shields and forced kidnappings for recruitment, which could be indicative of its declining popularity.

While it is true that some progress has been made in containing Boko Haram, it would be misleading to take Shekau’s pledge of allegiance to ISIS as a sign of defeat, as Boko Haram has continued to perpetrate deadly attacks. There were already hints of a future alliance with ISIS in June last year when Shekau congratulated al-Baghdadi and pledged support for his declaration of a ‘Caliphate’. At the time, Boko Haram was believed to be at its peak.

The group’s tactics have since become increasingly similar to those used by ISIS, as demonstrated by its excessive use of violence and its desire to establish an Islamic Caliphate through the conquering and controlling of territories, which was not previously part of the group’s practices. Boko Haram also began to practise brutal and dramatic public executions, which have become the hallmarks of ISIS.

This new alliance with ISIS not only confirms Shekau as an opportunist, but also as an unreliable partner. This is not the first time that Shekau has pledged allegiance to a foreign terrorist group. In 2011, Boko Haram officially joined the ranks of al-Qaeda-affiliated groups in an initiation that was completed with the August bombing of the United Nations Headquarters in Abuja, in which 23 people died and several others were injured.

Joining al-Qaeda also brought about a paradigm shift in the group’s philosophy and modus operandi – particularly in tactical terms. Boko Haram started carrying out al-Qaeda style simultaneous attacks and suicide bombings, kidnapping foreigners, threating the United States of America and other western countries, as well as participating in other jihadist operations – such as in northern Mali.

The merger can also be seen as a personal victory for Shekau, whose propensity for violence matches that of al-Baghdadi. For the past several years Boko Haram has been plagued by in fighting, essentially between the so-called ‘Yusufiyyas’ in the group – those who want to preserve the philosophy and doctrine of Boko Haram’s founder, Mohammed Yusuf – and Shekau hardliners. Yusufiyyas are believed to be less violent and pro al-Qaeda, while the pro-Shekau militants within the group are the most violent.

When Shekau began to show his open support for ISIS, along with an intention to create a Caliphate, the Yusufiyyas opposed him and distanced themselves from the doctrine. Khalid Al-Barnawi, one of the group’s leaders, decried it as Shekau’s ‘misguided adventurism,’ calling him ‘a clear enemy of the jihad.’ Since the pledge of allegiance, nothing else has been heard from the group and none of the group’s other leaders have come forward to oppose the merger.

As ISIS’ biggest partner in Africa, the alliance is likely to give Boko Haram a new continental influence. It could however, also alienate Boko Haram from its support bases in northern Nigeria and the region. Strategically, the new alliance will secure new funding, arms and foreign fighters from around the world for Boko Haram.

For ISIS, the alliance will facilitate its African expansion, especially in sub-Saharan Africa, and strengthen al-Baghdadi’s global legitimacy and influence. Boko Haram may also provide an important front for ISIS to attack countries taking part in Obama's international coalition, set up to ‘degrade and destroy’ the terror group.

The alliance does not augur well for the ongoing regional campaign to contain Boko Haram, as the Islamist sect could get more sophisticated, posing serious operational and tactical challenges to the African Union (AU)-approved multinational joint task force (MNJTF).

This underscores a need for greater coordination among the frontline countries, and for the rapid deployment of the envisaged 10 000 MNJTF troops to maximise recent gains and prevent foreign assistance to Boko Haram.

The Peace and Security Council of the AU may wish to consider a summit-level meeting to declare a no-fly zone for non-commercial and non-military aircraft in the region, and to request states to ensure that no military goods exported to Cameroon, Chad, Niger or Nigeria end up in the hands of Boko Haram.

The international community should also intensify non-military responses. These include community programmes and strong national criminal justice institutions to eliminate the culture of impunity, and ensure that the millions of Boko Haram victims get justice. In this light, the International Criminal Court should expedite the process of indicting those responsible for mass atrocities in northern Nigeria, including Boko Haram’s leaders. 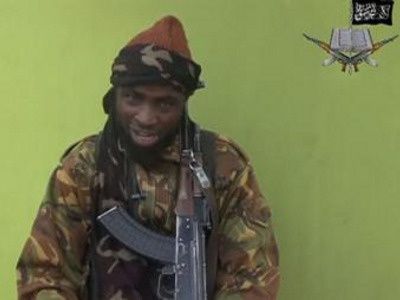 Nigerian militant group Boko Haram has pledged allegiance to Islamic State (IS), according to an audio statement.

The message, which was not verified, was posted on Boko Haram's Twitter account and appeared to be by the group's leader, Abubakar Shekau. Boko Haram began a military campaign to impose Islamic rule in northern Nigeria in 2009. The conflict has since spread to neighbouring states. It would be the latest in a series of groups to swear allegiance to IS. In the past Boko Haram is thought to have had links with al-Qaeda. IS took control of large swathes of territory in eastern Syria and across northern and western Iraq last year. The group aims to establish a "caliphate", a state ruled by a single political and religious leader according to Islamic law, or Sharia. Its leader, Abu Bakr al-Baghdadi, is known to his followers as Caliph Ibrahim. In the audio message posted on Saturday, the Boko Haram leader purportedly said: "We announce our allegiance to the Caliph... and will hear and obey in times of difficulty and prosperity."

How Boko Haram is beating U.S. efforts to choke its financing

When Washington imposed sanctions in June 2012 on Boko Haram leader Abubakar Shekau, he dismissed it as an empty gesture.

Two years later, Shekau’s skepticism appears well founded: his Islamic militant group is now the biggest security threat to Africa's top oil producer, is richer than ever, more violent and its abductions of women and children continue with impunity.

As the United States, Nigeria and others struggle to track and choke off its funding, Reuters interviews with more than a dozen current and former U.S. officials who closely follow Boko Haram provide the most complete picture to date of how the group finances its activities.

Central to the militant group’s approach includes using hard-to-track human couriers to move cash, relying on local funding sources and engaging in only limited financial relationships with other extremists groups. It also has reaped millions from high-profile kidnappings.

"Our suspicions are that they are surviving on very lucrative criminal activities that involve kidnappings," U.S. Assistant Secretary of State for African Affairs Linda Thomas-Greenfield said in an interview.

Until now, U.S. officials have declined to discuss Boko Haram’s financing in such detail.