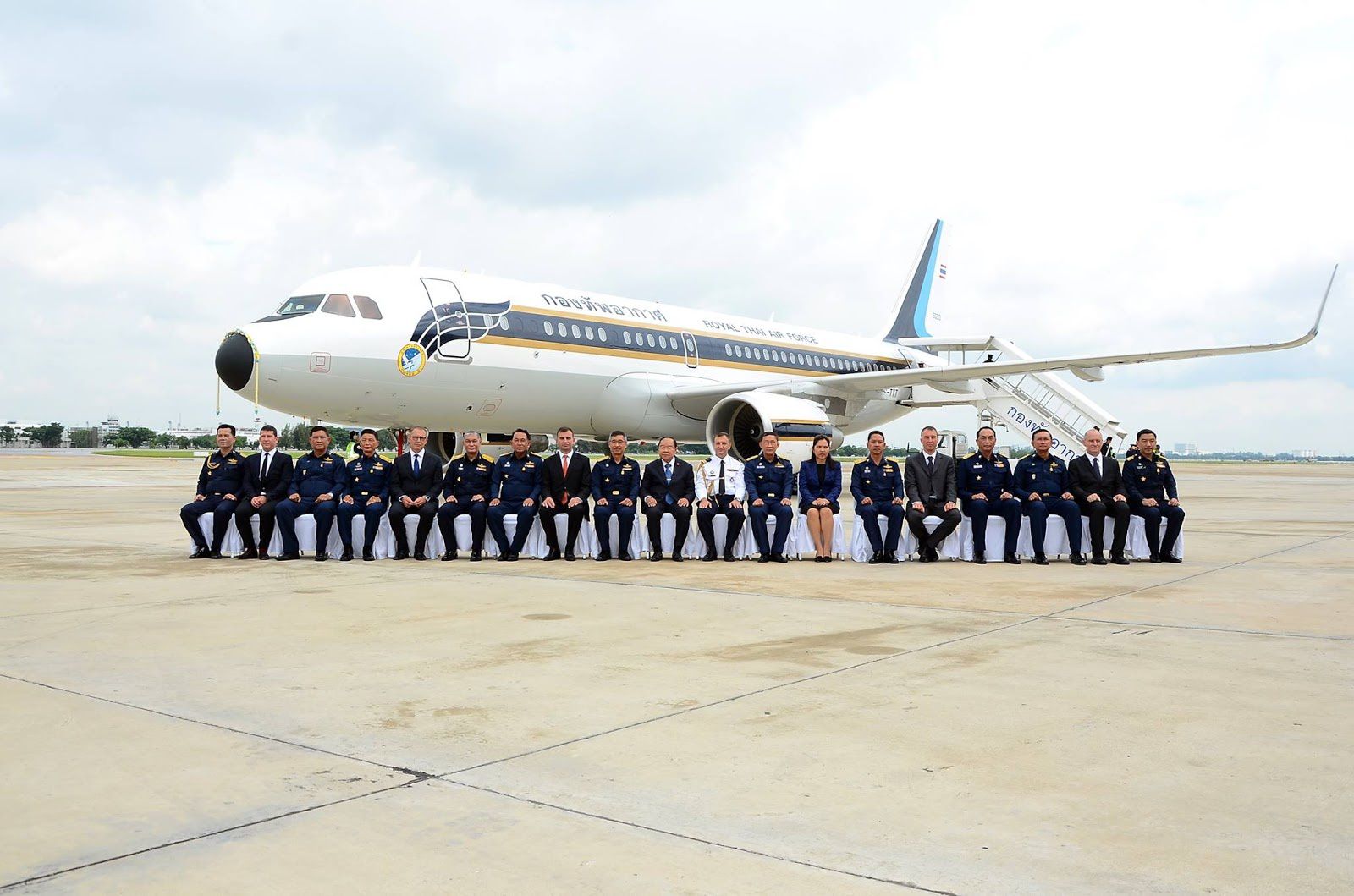 
BANGKOK – The Royal Thai Air Force (RTAF) has held a delivery ceremony of a new military aircraft which will be used for non-war missions.

The delivery of Airbus ACJ 320 took place at Military Terminal 2 in Bangkok. Deputy PM and Defense Minister Gen Prawit Wongsuwan presided over the ceremony. The aircraft was purchased under the RTAF procurement project of a passenger plane for high-ranking and prominent persons.

Aside from transporting important persons, the airbus will be used for humanitarian missions such as evacuation of disaster-affected Thais living overseas and peace-keeping operations.

The ACJ320 boasts the most spacious cabin in the corporate jet market. The double engine airplane can seat up to 75 passengers and fly at a maximum distance of 5,900 kilometers or around seven hours when filled up.

The airbus is based at Royal Flight Squadron 602, Wing 6 in Bangkok.