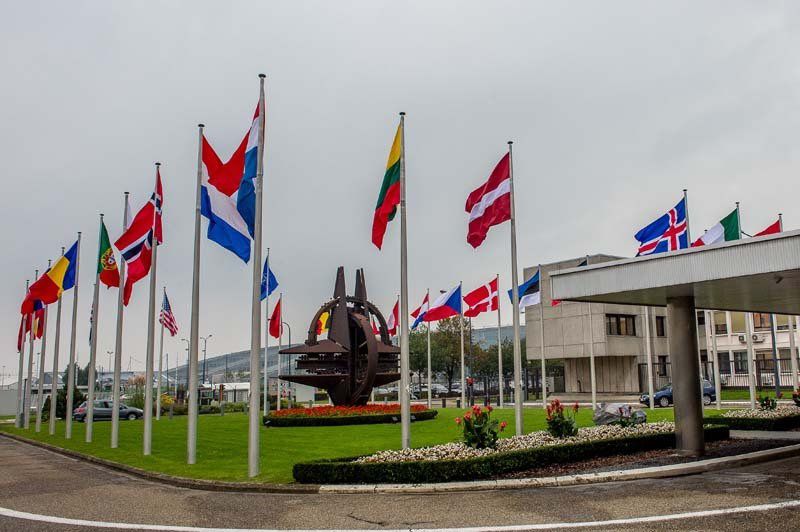 Born in 1958 in France, Major General Michel Yakovleff was inducted in 1976 into the 16th Dragoons regiment (Noyon) and then served with the 18th Dragoons regiment (Mourmelon) as a conscript officer. Admitted at the entrance examination of the Saint-Cyr Military academy, he graduated in 1982 as an armoured corps/cavalry officer.
His missions have led him to Saudi Arabia, Kuwait, Senegal, French Guyana and almost all the Balkans countries where he spent over one year and a half in total.
His career with troops took place mainly with the Foreign Legion, where he served from 1983 to 1993, mainly with the 1st foreign armoured regiment (1st REC in Orange), and also with the 13th Foreign Legion Half-Brigade (Djibouti). He commanded the 2nd squadron (troop) of the 1st REC during operations "Desert Shield” and "Desert Storm” in 1990-1991, then served as chief operations with the 3rd Dragoons Regiment (Stetten akM, Germany) from 1995 to 1997, and returned to command 1st REC from 2001 to 2003, deploying to Bosnia in 2002 as the French Battlegroup in Mostar.
In 2008 he assumed command of the 7th Armoured Brigade (Besançon) and deployed with his unit to form the core of Task-Force North within KFOR from September 2008 to January 2009. As from 21st September 2009 Major General Michel Yakovleff was the Supreme Allied Commander Europe’s Representative to NATO Military Committee before he took over his current position in September 2012.
He has held a variety of staff assignments mainly involved with joint and combined operations. In 1996-1997, he served as military assistant to MG Yves Le Chatelier, commander of Multinational Division South-East within SFOR. He later served at the national level, from 1997 to 2001, as action officer Balkans and then Kosovo on the Joint Planning Staff (EMIA in Creil), and subsequently at the political-military level from 2006 to 2007, as head of the ESDP desk within the Délégations aux affaires stratégiques of the French MoD. In 2007, he was seconded to Mr Jean-Claude Mallet, president of the commission drafting the White Paper on Defence and National Security issued in 2008.
Major General Yakovleff is a graduate of the United States Command and General Staff College (Fort Leavenworth, KS, USA), Armed Forces Staff College (Norfolk, VA, USA) and Joint Defence College in Paris (1995). He is also a former alumni of the Centre des hautes études militaires (CHEM) and Institut des hautes études de défense nationale (IHEDN).
He is the author of a tactics manual (Théorie tactique) which has become required reading for Army officers and gives lectures to the military academies of St Cyr Coëtquidan as well as to the Army staff college.
He is married to Valérie née de Bentzmann and father of two adult children. He is an avid skyjumper and enjoys trekking and orienteering.