The U.S. Army infantry in Afghanistan have begun receiving SWATS (Soldier Worn Acoustic Targeting Systems) sniper detectors. About 1,500 a month will be delivered through the end of the year. These 183 g (6.4 ounce) devices come in two pieces. One is the sensor, that is worn on the shoulder, while the cell phone size controller, with small LCD display, is worn in front, where it can be quickly glanced at. SWATS calculates (from the of the sound weapon fired) direction of fire in a tenth of a second. SWATS has been very popular with troops, and cost about $2,000 each. SWATS can also be mounted on vehicles, and still work when the vehicle is moving at speeds of 80 kilometers an hour or more. The UK Ministry of Defence wants to field a nano unmanned air system to support its operations in Afghanistan. Deliveries could start late this year.

First details of the possible urgent operational requirement deal were revealed in an MoD contract notification on 24 February, with its value estimated at between £10 million ($16.4 million) and £20 million.

A long list of system requirements was also released. Candidate air vehicles must be rotary-wing in design and have an all-up weight of no more than 200g (7oz). In all, the unmanned system equipment should weigh less than 1.7kg (3.7lb).

To use battery power, the air vehicle should be "able to carry out at least one single flight of at least 20min endurance". However, a performance of at least twice this duration is listed as "desirable". The UAS should be able to fly at least 0.5nm (1km) away from its operators and at an altitude of 985ft (300m) above the ground, and also have a "low visible/acoustic signature".

Using way-point navigation, the air vehicle should be operated by a non-specialist operator who will receive a maximum of two days of system-specific training, the outline says. Air vehicles should be suitable for deployment within 2-5min.

The MoD's payload requirement is for the vehicle to carry a sensor capable of allowing "users to see motion imagery sufficient to distinguish friendly force personnel from others in daylight conditions". An ability to detect personnel at night is also sought.

Expressions of interest for the requirement are sought by 25 March, with potential contractors to then be asked to complete a pre-qualification questionnaire. A formal invitation to tender is planned for release in late June, with responses due around mid-August. A contract award date has provisionally been set for 15 September.

The selected off-the-shelf design should be "mature and robust", and available for delivery from the first quarter of 2012, or preferably from late this year, the MoD says. The equipment supplier will also be asked to provide support and maintenance services under the award. ARLINGTON, Va. --- Early next month U.S. Soldiers in Afghanistan will receive a first-of-its kind, GPS-guided 120mm mortar munition that can pinpoint targets at ranges up to 6,300 meters, service officials said.

The program, called Accelerated Precision Mortar Initiative, or APMI, emerged out of a request from the field commander in Afghanistan in Feb. 2009; the precision rounds were recently test-fired at Yuma Proving Ground, Ariz.

"The testing involved a significant amount of firing and safety requirements. The overall reliability of the round is meeting its requirement of greater than 90 percent. The testing, which has been going on since last fall, has gone extremely well," said Bruce Kay, Department of the Army systems coordinator, Mortar Systems. "This provides the commander with immediate response precision indirect- fire capability." Defence Secretary Dr Liam Fox has welcomed the announcement by the Danish Government of an agreed way forward for its troop contribution in Afghanistan over the next two years. The Danish Parliament has agreed the 'Helmand Plan 2011' which involves a gradual shift in military efforts from combat to training with a focus on developing the Afghan National Security Forces. The UK Ministry of Defence has been working closely in past weeks with its Danish counterparts in the run up to this announcement and welcomes the prospect of an enduring Danish military commitment to the ISAF campaign into 2014 and beyond.

As the Afghan air force C-27A Spartan fleet grows -- now half way to its goal of twenty of the cargo/transport aircraft seen as the centerpiece of the AAF -- so does the need for qualified loadmasters. Responsible for the cargo, personnel and safety of the aircraft, the loadmaster backs up the pilot on everything aft of the cockpit, contributing to the full-crew concept of flight operations and setting the stage for mission accomplishment. What is significant about C-27 loadmasters compared to those of other cargo aircrafts is with the C-27, loadmasters also act as flight engineers. "While pilots fly the aircraft, the loadmasters fulfill the C-27s function as an air-mobility mover," said Master Sgt. Chris Neufeld, a NATO Air Training Command-Afghanistan C-27 loadmaster adviser with the 538th Air Expeditionary Advisory Squadron. Because of the importance of loadmasters to mission success Sergeant Neufeld and other advisers with the 538th AEAS work hard to develop the AAF's loadmaster corps at the Afghan Air Force Base in Kabul through classroom training and practical exercises. Alenia North America, a subsidiary of Alenia Aeronautica and part of the Finmeccanica group, announced that it had delivered the 10th of 20 C-27/G-222 aircraft to the Afghanistan Air Force (AAF). This plane had been used for pilot training and is now being deployed to Kabul to conduct mission operations with the AAF. The Afghanistan Air Force is operating the C-27/G-222 to provide airlift transport capability to the country and its air force. The C-27/G-222 program is the backbone of Afganistan’s reconstituted Air Force. IDEX 2011: UK to test UGV for compound operations in Afghanistan

The UK's Ministry of Defence (MoD) has procured a number of ReconRobotics' Scout XT UGVs ahead of an evaluation programme in Afghanistan. Speaking to Unmanned Vehicles at the IDEX in Abu Dhabi, ReconRobotics officials said the UK's Operational Training Advisory Group (OPTAG) had taken delivery of four systems for 'compound clearance operations'. Defence sources added that the procurement formed part of the MoD's 'Valkyrie' programme which is designed to increase the effectiveness of the army's ISTAR capabilities at 'low levels'. Scout XT, which weighs a total of 1.3lbs, comprises a day camera or IR payload and can be thrown over compound walls or driven into rooms for reconnaissance of an area before troops enter a position. They are accompanied by extending poles allowing the camera to be handheld over a wall or obstruction. The UGVs can then relay video feed up to 100 feet indoors or 300 feet outdoors, according to the company. Already in use with US armed forces in Afghanistan, including US Navy Seals who have acquired around 350 Scout IR systems, the Scout XT models were purchased following successful trials during the UK's URBEX (Urban Exercise) on Salisbury Plain last year.

The British Army has come up with a lightweight and portable solution to a common mobility problem their troops were having in southern Afghanistan. The problem was getting across numerous deep, but narrow, ditches, canals and crevices found in the area. The troops also often found themselves in need of ladders to get over walls, or similar obstacles. The solution was the Short Gap Crossing system. Using strong (composites) sections (each 75 cm/30 inches square) that can be snapped together quickly to create a ladder. For use as a bridge, you can use a maximum of six sections, for a 4.5 meter/14 foot span able to handle the weight of a fully equipped soldier (up to 150 kg/330 pounds). Each section weighs less than a kilogram (2.2 pounds), and assembling four or more takes less than two minutes. Six soldiers in a squad can hang one section on their packs, without adding much weight

PFAFFIKON, Switzerland, Feb. 18 (UPI) -- The German army has ordered mine and explosive-devices clearing vehicles for use in Afghanistan from MineWolf Systems, a Swiss-German company. The company said the product chosen was the MW240, remote-controlled Mini MineWolf, designed for rapid deployment to remote areas that require tiller- or flail-based clearance solutions. It clears anti-tank and anti-personnel mines and can be equipped with a variety of multi-purpose attachments, such as such as a robotic arm, tiller and dozer shield.

The nascent Afghan Air Force has reached a milestone in its capabilities by achieving 2,000 hours of flight time in the C-27 Spartan transport aircraft. The 2,000th hour occurred during a passenger transport mission from Kabul to Kandahar on 10 February 2011. Under the NATO Air Training Command-Afghanistan mission, a variety of countries, including Hungary, the Czech Republic, Croatia and the United Kingdom, have assisted in the development of the Afghan Air Force during the past few years.

The military base on the territory of Bishkek's Manas airport was built in 2001 as a part of U.S.-led international military operations in nearby Afghanistan.

Russia and Kyrgyzstan on Friday set up a joint venture to supply jet fuel to a U.S. military airbase outside the capital, Bishkek. The venture, Gazpromneft-Aero-Kyrgyzstan, was established by Kyrgyzstan's Manas state-controlled fuel supply company and Russia's Gazpromneft-Aero. In early February, Kyrgyzstan and the United States signed an agreement on jet fuel supplies to the U.S. airbase, replacing previous deals with a more transparent system. 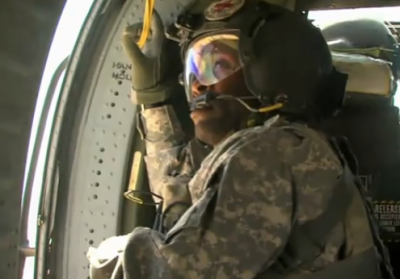