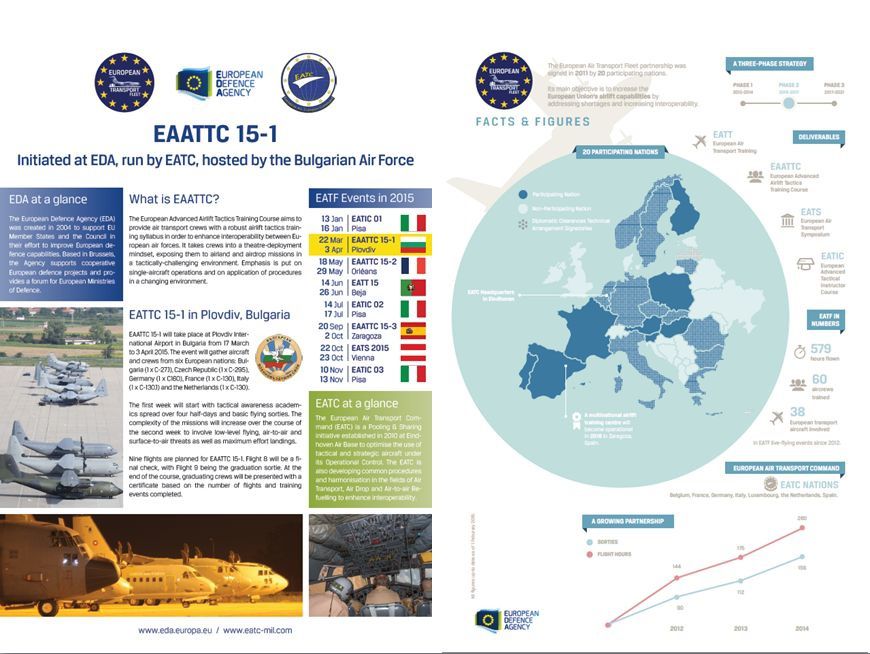 Initiated by the European Defence Agency and run by the European Air Transport Command, the EAATTC series of courses aim to provide air transport crews with a robust airlift tactics training syllabus in order to enhance interoperability between European air forces. EAATTC 15-1, hosted by the Bulgarian Air Force in Plovdiv, has started today with the first academic sessions and familiarisation flights.

Four countries are joining EAATTC 15-1 with their tactical transport aircraft: Bulgaria (1 x C-27J), Germany (1 x C160), France (1 x C-130) and Italy (1 x C-130J). Due to other operational commitments, Czech Republic and the Netherlands were not able to contribute with aircraft as initially planned.

Over the next days, the complexity of the academic training and the flying sorties will gradually increase. At the end of the course, graduating crews will be presented with a certificate based on the completion of a commonly-agreed syllabus.

The EAATTC series of courses is one of the deliverables of the European Air Transport Fleet partnership, launched in 2011 by 20 participating nations under the framework of the European Defence Agency.