While the fighter community has been trained extensively for years to operate together, the same cannot be said for air transport. In Europe today, airlift training is very much a national issue and since operating together becomes more the rule than the exception, the need to train together becomes bigger every day.

Participating Member States and assets are:

More information on the event will follow in due course.

A showcase air combat exercise of the Indian Air Force with some of the best fighters in the world, scheduled to be held in July, has been called off after a series of budget cuts by Washington have affected the US military training programme. Burak Bekdil ANKARA - Hürriyet Daily News Defense Minister İsmet Yılmaz has admitted that major delays in Turkey's multibillion-dollar program for the purchase of four airborne early warning and control (AEW&C) aircraft from Boeing were due to the company's failure in developing the system and "various force majeure" involved in the program. 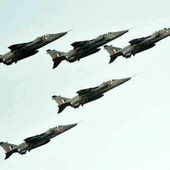 IAF hopes to begin its first course on the Pilatus trainers in July, by when it would have received 14 of them. NEW DELHI: Upset with the huge delay in development of an indigenous basic trainer aircraft (BTA), the IAF has now formally asked the defence ministry to approve its acquisition case for 37 more Swiss Pilatus PC-7 to add to the 75 such planes already ordered for Rs 2,896 crore last year.

The South African Air Force is operating five of its nine Lockheed Martin C-130 Hercules transport aircraft, as the others are either being serviced or are awaiting inspections. In an interview with.. 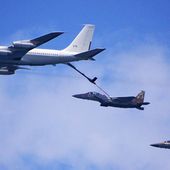 Five JAS-39 Gripen aircraft and six pilots have successfully completed 80 refuelling contacts with German Airbus 310 MRTT tanker in training within ATARES Programme. "The training has increased number of Czech pilots who are able to refuel in the air and advanced capabilities of our flight and, at the same time, advanced combat skills of all the air force," Captain Pavel Pavlik, Deputy Commander of 211th Tactical Flight says.

PMP, the munitions arm of Denel, is putting its expertise in propellants to use in saving lives with the approval of the world's largest ejection seat manufacturer. The Pretoria West-based company..

April 16, 2013: The recent sale of 22 Swedish JAS 39E Gripen jet fighters to Switzerland was accompanied by an increasingly more common sweetener. The Swedes will have Swiss firms manufacture some of the aircraft components ($213 million worth). This is about six percent of the cost of the 22 JAS 39E s ($3.3 billion or about $150 million each).