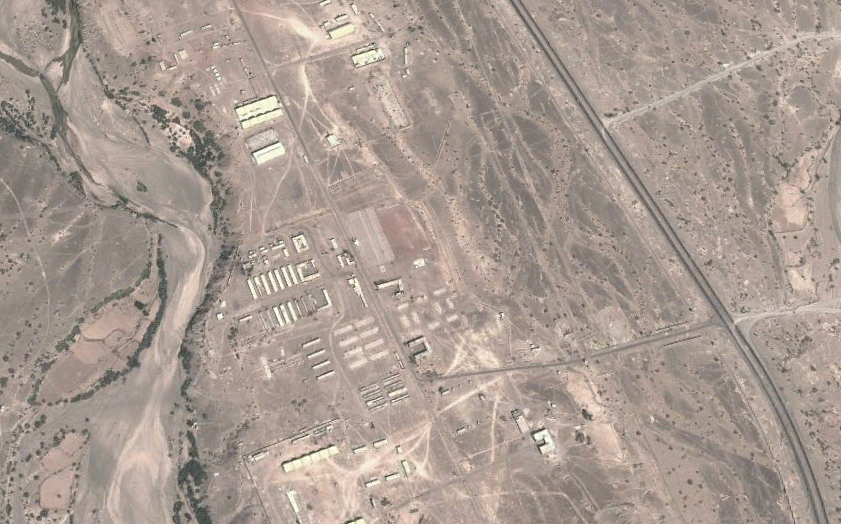 U.S. troops were evacuating a southern Yemen air base Saturday after al-Qaeda seized a nearby town amid growing violence in the war-torn nation, multiple media outlets reported.

Military forces, including Special Forces commandoes, were leaving the Al Anad air base near the southern city of al-Houta, the Associated Press and CNN reported citing unnamed officials. About 100 American troops and Special Forces members are stationed there.

The evacuation comes amid growing sectarian violence in the mostly Sunni nation under assault from Shiite rebels known as the Houthis, who are the sworn enemies of the Sunni al-Qaeda terrorists.

On Saturday, the Houthis called for rebels to battle forces loyal to the nation's president, Abed Rabbo Mansour Hadi, AP reported. Hadi fled to a southern port city of Aden last month after being placed under house arrest by the Houthis and remains the country's internationally recognized president.

The call to arms came shortly after Hadi gave a defiant speech, where he declared Aden a "temporary capital" and challenged the rebels to stop tricking the nation's residents in his first address since he fled, AP reported.

The Houthis, backed by Iran's Shiite government, took over the capital in September. The rebels control at least nine of Yemen's 21 provinces. They've seized parts of the U.S.-backed government, threatening a key American anti-terrorism partner in the region.

The Pentagon has targeted members of al-Qaeda's Yemen branch with drone strikes and supported Yemen's armed forces in their fight against the militants. The base being evacuated Saturday houses American and European military advisors, AP reported.

In the past week, violence in the country has only grown. On Friday, 137 were killed and 357 were wounded after four suicide bombers targeted two Shiite mosques in Yemen's capital of Sanaa, located more than 200 miles north of al-Houta. It was one of the deadliest attacks in the nation's history.

A group claiming to be a Yemeni branch of the Islamic State, composed of Sunni extremists who are rivals of al-Qaeda, claimed responsibility for Friday's bombings. The claim could not be verified, but would mark the first attack by the group in Yemen if confirmed.

However, officials in Washington raised doubts as to whether the Islamic State even has the operational capability to carry out such an attack in the country.

Fighting in southern Yemen has also ticked up. The international airport in the southern Yemeni port city of Aden was forced to close Thursday when forces loyal to Yemen's former president, Ali Abdullah Saleh, waged a gunbattle with security forces loyal to Hadi. That incident left 13 people dead.

On Friday, the State Department condemned the violence, including airstrikes that targeted the presidential palace in Aden.

"We call upon all Yemeni parties to return in good faith to a political dialogue to resolve their differences," State Department spokesman Jeff Rathke said in a statement. "Political instability threatens the well-being of all Yemenis and denies them the opportunity to live in safety, peace and prosperity."