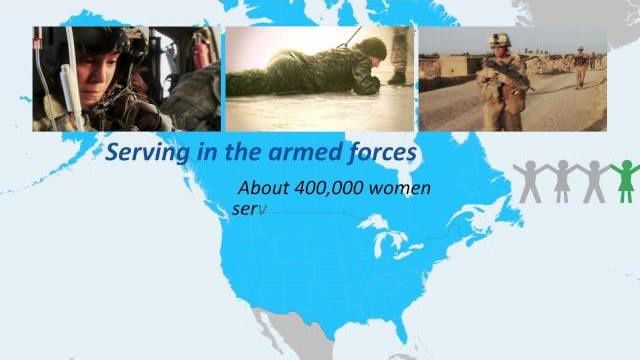 According to cases released under the Freedom of Information Act, the MoD recorded at least 11 instances of restricted and confidential information being leaked by members of the Armed Forces from 2011 to 2013

Cases investigated by the Ministry of Defence have included servicemen disclosing details of Britain’s submarines, posting videos of people and equipment in Afghanistan and operations in Libya.

The cases show the military hazards arising from the widespread use of social media networks such as Twitter and Facebook.

The Armed Forces and MoD work under strict rules about using such networks, for fear they are combed by foreign agents and enemies looking for information on the military and operations.

According to cases released under the Freedom of Information Act, the MoD recorded at least 11 instances of restricted and confidential information being leaked by members of the Armed Forces from 2011 to 2013. The scale of the problem is likely to be far higher, because the files do not include civilian MoD cases.

Russian Priests to Get Military Training

A group of Russian Orthodox priests will undergo military training at a Defense Ministry university in Moscow, the Russian army said Friday.

The clergymen will undergo a month-long course in military history, war tactics and military regulations of the Russian Armed Forces, as well as how to provide psychological and emotional support to troops, according to a statement by the Central Military District. The statement did not say when the training would take place.

The number of chaplains in the Russian Armed Forces has almost tripled in the past two years and currently stands at more than 80. The recruitment drive has really taken off under Defense Minister Sergei Shoigu, British newspaper The Telegraph reported earlier this year. Shoigu was appointed to the position in November last year.

The training is part of a project to restore full-scale military priesthood in Russia, which existed from the 18th century to the start of the Soviet era. The plan was announced in 2009 by then-Russian president, Dmitry Medvedev.

In March this year, a group of Russian paratrooper chaplains jumped from a transport plane with a large mobile cathedral that they set up in the field upon landing near the city of Ryazan, about 200 km southeast of Moscow, the army said. The airborne chaplains made the parachute jumps to “improve the morale of young fighters,” a Russian defense ministry official said.

The Defence Secretary has announced that 7th Armoured Brigade will lead the next group of UK Armed Forces personnel deployed to Afghanistan.

The next roulement, or transition, of UK forces in Afghanistan is due to take place in October 2013.

As the Prime Minister announced in December 2012, the UK’s conventional force levels in Afghanistan will draw down to around 5,200 by the end of 2013, from the current level of around 7,900.

As part of this drawdown, there will be around 6,000 personnel in Afghanistan from Autumn 2013. However, this figure may fluctuate and occasionally exceed this total due to ‘relief-in-place’ (where all or part of a unit is replaced in an area by an incoming unit) and additional surges into theatre.

Around half of these units will form Task Force Helmand under the command of 7th Armoured Brigade. The remainder will deploy within Helmand province and also to other locations in Afghanistan, particularly Kandahar and Kabul, as part of the UK’s overall contribution.

These will be comprised of 246 Royal Navy personnel, 370 Army personnel and 503 Royal Air Force personnel. The Royal Air Force currently provides the command element of Headquarters Joint Force Support (Afghanistan), with the wider headquarters manned by individual augmentees from all 3 Services. 101 Logistic Brigade will deploy in November to take on this role.

A member of the 1st Battalion Coldstream Guards talks to one of the local children during a patrol around Kopak near Babaji - Picture: Sergeant Keith Cotton RLC

Volunteer and ex-regular members of the Reserve Forces will continue to deploy to Afghanistan as part of this integrated force package, and we expect to issue around 400 call-out notices.

On completion of their mobilisation procedures, the reservists will undertake a period of training and, where applicable, integration with their respective receiving units.

The majority will serve on operations for around 6 months although a small proportion of any force which is stood down due to force level reductions is likely to be reservist.

As announced by the Defence Secretary Philip Hammond on 14 May 2013, some elements of 7th Armoured Brigade will deploy on Op Herrick 19 for up to 8 months. This will remove the requirement to train and deploy an extra brigade, at greatly reduced scale, to cover the final months of 2014.

It will also align tours to key milestones in the transition process, such as the Afghan presidential elections in Spring 2014. A small number of reservists may voluntarily serve 8 months.

The forces deploying include:

Libyan Armed Forces to be trained in UK

The Foreign Secretary has confirmed that up to 2,000 personnel from the Libyan Armed Forces are to be trained in the UK.

In a written statement to Parliament earlier today, William Hague confirmed that the UK Armed Forces are to train their Libyan counterparts in basic infantry skills and leadership in order to help professionalise them and help them achieve peace and stability across their country. Courses will begin later this year.

The training will take place at a British Army site in Bassingbourn, Cambridgeshire. Members of the Libyan Armed Forces – all of whom will be vetted in advance for medical, physical and behavioural suitability – will be brought to the UK in a number of small groups for courses which are expected to last a minimum of 10 weeks. The Libyan government will pay the costs of the training

The training of Libyan Armed Forces personnel in the UK is part of a broader package of defence and security assistance developed with the US, France and Italy. This is aimed at supporting the Libyan government’s efforts to increase the effectiveness and capacity of its security and justice sector institutions, and to ensure the state’s monopoly on security.

As the Prime Minister announced at last month’s G8 Summit in Northern Ireland, in total more than 7,000 members of the Libyan Armed Forces will be trained by some G8 nations.

The government firmly believes that a stable, open and democratic Libya contributing to wider regional stability and security is in the UK’s interest. That is why we are working closely with the US and other European countries to lead the broader international effort, co-ordinated by the UN Support Mission in Libya, to support Libya’s democratic transition and the Libyan authorities’ efforts to make visible improvements in public security in Libya.

The UK’s Armed Forces are recognised as being amongst the best in the world so it is no surprise that we are one of the countries Libya has turned to for this specialist training.

The UK provides world class defence training and education to many countries, creating lasting ties between our Armed Forces and enhancing their ability to work together towards regional security and stability.

Detailed planning remains ongoing and the UK government continues to work on the specific terms of its assistance with the Libyan government. Close engagement will also be conducted with local authorities and the Bassingbourn community in advance of the training commencing.

Norway's Military Conscription To Be Extended To Women

OSLO — Norway will soon become the only country in Europe to extend its military conscription to women in peacetime after parliament reached agreement on the issue Friday.

All of the parties represented in parliament, with the exception of the small Christian Democrat party, agreed to back a proposal by the center-left government for a “gender-neutral” military conscription.

In practice, that means that Norway’s mandatory one-year military service will be extended to women, probably as of 2015, according to the defense ministry’s proposal.

“Norway will be the first European country to draft women in peacetime,” a defense ministry spokesman, Lars Gjemble, said.

A number of other European countries have gone in the opposite direction in recent years, moving away from conscription toward professional armies.

Norway’s parliament is expected to adopt the bill by a broad majority, but a date has yet to be set for the vote.

The move is seen as a step toward gender equality and a bid to diversify the competencies within the military.

The conscripts are selected based on physical and psychological tests, as well as their motivation.

“This is a historic day,” said Defense Minister Anne-Grete Stroem-Erichsen.

“And it comes the very week when we are celebrating the 100th anniversary of women obtaining the right to vote,” she added.

Norwegian women have been allowed to do military service on a volunteer basis since 1976. They currently represent about 10 percent of conscripts.

Even before the adoption of a “gender-neutral” military service, the defense ministry had set a target of 20 percent women in the armed forces by 2020.

Outside of Europe, some countries such as Israel require both men and women to complete their military service.