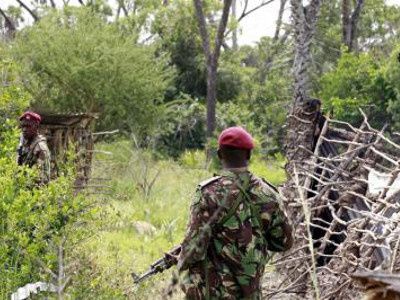 Kenyan security forces have destroyed five camps used by suspected militants linked to the Somali Islamist group al Shabaab in a sweep of a forest on the north coast, a commander in charge of the operation said.

The army and police launched the operation two months ago in Boni Forest, close to the Somali border, to flush out militants it believed were using the area to launch strikes in Kenya.

Al Shabaab has been behind a spate of attacks on Kenya in the past two years, including an assault on Nairobi's Westgate shopping mall that killed 67 people and a raid on Garissa university in the northeast that killed almost 150.

The militants also launched several attacks in 2014 that left more than 100 dead in Lamu County region, an area that includes Boni forest.

"The combined security units discovered five different al Shabaab hideouts inside the forest," the head of the operation, James Ole Serian, told Reuters. "The hideouts have already been destroyed and the weapons handed to the government."

The militants themselves fled when the operation was launched on Sept. 11 and none were arrested in the raids, he said. But several people in the surrounding area, mostly Kenyans, had been detained on suspicion of having links to the group, he added.

"You will be seeing some of them in court soon," he said.

Military planes and helicopters have been sweeping the area since the operation began and local residents have reported sporadic sounds of gunfire and blasts from the area.

“We are not leaving the Boni forest anytime soon until we ascertain that every terror element in the forest has been cleared," Serian said, adding the operation could take more than the three months originally planned.

Officials said at least 3,000 people living near the forest were forced to leave so the operation could go ahead.

In the port city of Mombasa, further south, a regional official said security forces were on alert for suspected militants who had fled Boni Forest area. Security forces have also set up road blocks between Lamu and Mombasa.

"We are very alert and have the names of some of them," Mombasa County Commissioner Nelson Marwa said.