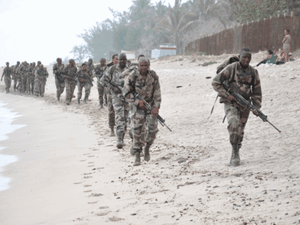 Defence and security company Saab has opened an office in Botswana’s capital Gaborone as it expands its presence on the African continent.

Saab is now represented in South Africa, Kenya and Botswana in Sub Saharan Africa and is looking at other African countries to have Saab representation. The group sees big opportunities in sub-Saharan Africa, having already done business in Botswana, Namibia, Kenya, Ghana and Angola.

“Botswana has been selected as the third [African] country to open an office in due to its transparent business environment and solid business opportunities for various products in the Saab portfolio,” said Jerker Ahlqvist, who will be heading up the Saab office in Botswana.

Ahlqvist explained that the office in Botswana has primarily been established to provide a hub for Saab to increase its presence to market its products and to play a role in further strengthen the relationship between Sweden and Botswana. Opening an office in Botswana also avoids some of the barriers present in a market like South Africa, such as company ownership criteria and black economic empowerment (BEE).

One of Saab’s main goals is to grow and break into the Sub-Saharan region. With the growing economy in Africa this expansion has been made all the more important. This is also in line with Saab’s establishment of its ‘Market Area Concept’ which consolidates the markets in which the company is active, Saab said.

“With the establishment of the market areas, Saab is expanding on all continents. With the growing economies in many countries in Africa there is a growing demand for defence and security products – and hence, a demand for Saab products.”

At the beginning of last year Saab established the two new market areas of Europe & Greater Middle East and Nordic & Baltic, joining its other four market areas. Saab is focusing on increasing its international presence outside of Sweden in order to create profitable and long-term growth. The company recently announced it was expanding its activities in the naval domain and recruiting new employees, especially for the fields of electronic systems and electronic warfare.

One of its most successful products is the Gripen fighter jet, which is being offered in the most recent Gripen E version. According to the head of the Aeronautics division of Saab, Lennart Sindahl, Saab has received interest in the Gripen from Botswana. Botswana has also expressed interest in buying FA-50 light fighters from South Korea.

Saab hopes to sell between 300 and 450 Gripen C/D/E aircraft over the next 20 years for a 10% share of the global market. Saab said that, apart from being a highly capable aircraft, the Gripen's chief selling point is its affordability, in terms of development, acquisition, operation, and through-life sustainment, which makes it ideal for countries like Botswana and South Africa.

One prominent field Saab has experience with in Africa is camp building for peacekeeping operations, having assisted the African Union and the United Nations on the continent. One mission has seen Saab setting up a complete turn-key camp solution in the horn of Africa. The company has also provided maintenance, repair and overhaul activities for vehicles, generators, water purification plants, air-conditioning units and patrol boats.

Although Africa is a promising emerging defence market, analysts have cautioned that the continent is a difficult market with little money and complex or poorly defined requirements.