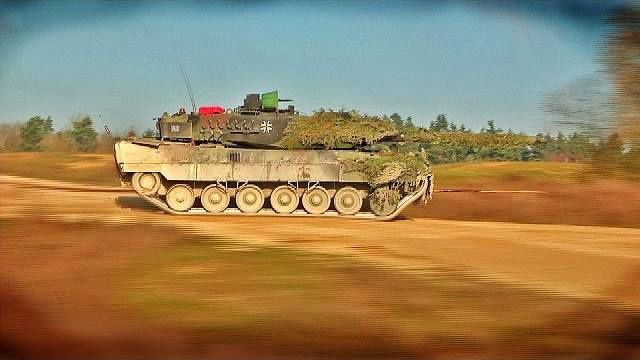 US Tanks Return to Europe for Live-Fire Training

The biggest multi-national live-fire exercise in Europe of 2014 has ended with a bang at the US Army's Joint Multinational Training Center in Grafenwoehr, Germany. For the first time US tanks have been brought back to Europe for training purposes. The aim is to enhance NATO's interoperability and preparedness.

Jeff Adams of AMZ Manufacturing in York, Pa. is frank about the consequences of the U.S. Army’s current funding plan that calls for the Bradley Industrial Base to shut down for at least three years starting in 2014.

Not only would “a Bradley Industrial Base shutdown leave us without unique-to-industry skillsets,” said Adams, but those skills “take years to train and perfect”.

AMZ Manufacturing’s well-trained and highly skilled workers provide product finishing for parts that go into the Bradley Fighting Vehicle. The company is also one of nearly 600 large, medium and small businesses that comprise the Bradley Industrial Base, a production and supply chain network, which works with the U.S. government to maintain the readiness of four of the five Armored Brigade Combat vehicles used by the U.S. Army. These supplier companies would be hit hard by the shutdown of the Bradley production line and would lose unique industrial capabilities and skilled labor.

“It takes up to three years to train a fully skilled employee,” stated Adams, whose company employs 63 workers. “If we lose those skills now, we will not be able to quickly restore them when needed.”

In February, then Secretary of Defense Panetta expressed concern about the need to protect the industrial base in the U.S. to ensure the nation has the skills needed in case of a national emergency, saying “the last damn thing we need if we face a crisis is to somehow contract out that responsibility to another country.”

Will Donnellan of the First Electronics Corporation in Boston, Mass. reinforced Secretary Panetta’s concerns, saying “A shutdown of the Bradley Industrial Base would severally limit the ability for our company to support expedited programs in the future due to the reduction of our skilled manufacturing force. The accelerated start of the Bradley upgrade work would not only buy the supply base time, it would buy the Army readiness.”

Founded in 1955, the First Electronics Corporation is a family-owned business that employees more than 85 workers in the Boston area and specializes in the production of custom military cable assemblies for the Bradley.

“If the Bradley line was to shut down we would still exist as a business, but on a lesser scale,” said Donnellan. “We would most likely lose our ability to support Bradley production in the future, without a significant amount of time to reacquire the specialized skills and resources needed.”

As an alternative to a Bradley line shutdown, BAE Systems and the supplier base companies urge that Congress direct the Army to accelerate the start of required upgrades to 93 Bradleys currently scheduled for fiscal year 2015 and 2016. Using funding approved for these conversions will enable the Army to more quickly meet its needs for fully modernized vehicles while supporting the combat vehicle industrial base and ensuring the readiness of the U.S. armed forces.