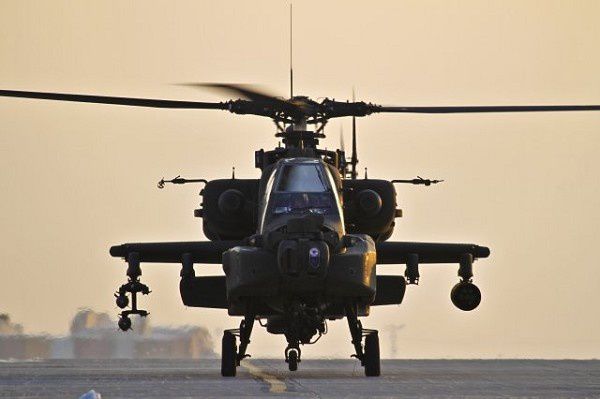 The Army expects later this year to reach a Milestone B decision with its laser-based common infrared countermeasures, or CIRCM, defense system program. The CIRCM system, under development now by both BAE and Northrup Grumman, provides a light-weight, laser-based countermeasure against man-portable air defense systems, which are missile launched from the ground at their targets -- including Army and Navy aircraft.

“The submission of our CIRCM proposal is the latest offering in our more than 40 years of experience with infrared countermeasures, delivering critical aviation survivability equipment to our armed forces,” said Bill Staib, director of Threat Management Solutions at BAE Systems. “We are leveraging the company’s extensive expertise to submit a proposal for a next-generation aircraft survivability solution, which would protect U.S. military aircraft and troops from existing and evolving infrared-guided threats.”

CIRCM is designed to be part of a suite of infrared countermeasures that also includes a missile warning system and a dispenser for flares. The Army’s current missile warning system is BAE Systems’ Common Missile Warning System (CMWS), which is responsible for detecting and declaring an infrared threat. Both CIRCM and the dispenser receive the handoff from CMWS and provide appropriate countermeasures to defeat the threat.

Since BAE Systems was awarded an initial contract in 2012 to compete in the CIRCM technology demonstration phase, the company has met or surpassed every program milestone, including the early delivery of initial units, successful lab testing, design reviews, and flight testing. Early next year, the Army plans to award a 26-month contract for the engineering, manufacturing, development, and delivery of 21 CIRCM systems.

Additional information regarding the company’s threat management solutions can be found at www.baesystems.com/threat-management.

The Northrop Grumman CIRCM system is a lightweight, low-cost, high-reliability laser-based countermeasure system. It is designed to integrate and operate with legacy and emerging missile warning systems for rotary wing, tilt-rotor and small fixed-wing aircraft across the military services. Safety of flight testing was completed Aug. 14, demonstrating that the production-ready system has matured to the point of operation under stressing flight conditions. The CIRCM was exposed to intense environmental conditions, such as temperature, vibration, altitude and humidity extremes, as well as crash shock and explosive atmospheres.

"Passing each of the testing requirements makes a clear statement that the Northrop Grumman CIRCM system is ready and safe to fly, and provides more factual evidence and proof of the maturity of our solution," said Jeff Palombo, vice president and general manager of Northrop Grumman's Land and Self Protection Systems Division. "Our open architecture solution continues to meet program requirements while achieving on-time performance, propelling us toward the EMD phase of the program and the fielding of the next generation of aircraft survivability for our warfighters."

The safety of flight testing comes on the heels of the preliminary design review in July when Northrop Grumman presented the U.S. Army with a system design that surpasses the program's weight and electrical power requirements. After being awarded a technology development contract to develop the CIRCM in 2012, the company completed acceptance testing on the first suite of equipment and delivered a complete hardware set in January – two months ahead of schedule.