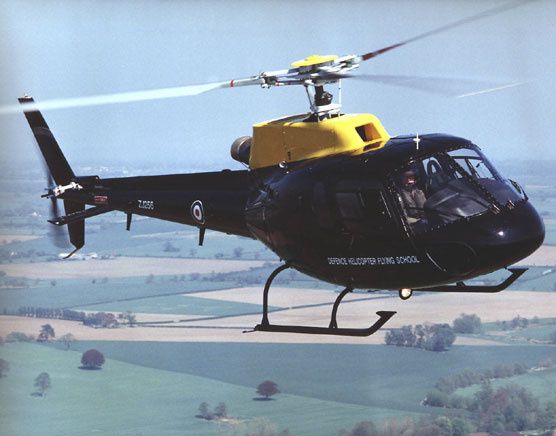 Cobham has been awarded a 30 month contract by BAE Systems to provide air support to operational readiness training for the Royal Saudi Air Force. The contract is part of the Saudi British Defence Cooperation Programme and will run from 2014 to 2016.

The contract builds on Cobham’s 25 years’ experience supporting operational readiness training for armed forces in the United Kingdom and for the North Atlantic Treaty Organisation (NATO). Cobham’s specialist technology and know-how is used to provide training to service personnel operating platforms, including the Typhoon, Tornado and Type 45 Destroyer. Cobham Aviation Services supports training in the United Kingdom and a number of the Ministry of Defence's overseas detachments in regions such as North America and the Middle East.

A U.S. subsidiary of Britain's Cobham Plc is to manufacture low-band transmitters under a $21.8 million contract modification from the U.S. Navy.

In addition to the low-band transmitters, of LBTs, Cobham Defense Electronics will manufacture a variety of antennas and adapter interface modules for AN/ALQ-99 tactical jamming systems to be used by the U.S. Navy and the Australian military.

"Cobham is proud of our longstanding and successful partnership with the U.S. Navy on this critical program," said Jill Kale, vice president of Cobham Defense Electronics. "As we continue to satisfy the Navy warfighter's current needs, we look forward to providing the next generation of integrated RF solutions for U.S. Navy air and maritime operations."

Cobham wins US Army Contract Worth up to $7.1M

Cobham has been awarded a contract by the US Army worth up to $7.1 million to overhaul and upgrade Nitrogen Inerting Units (NIUs) for the AH-64 Apache helicopter. The work will be performed by Cobham Life Support in Davenport, Iowa, beginning in 2013.

Cobham remains the world-wide leader in military OBIGGS providing solutions since 1985 on more than 2,400 aircraft flying today, ranging from military helicopters, military transport aircraft like the C-17 Globe Master, to regional and commercial platforms such as Boeing 787 Dreamliner. Cobham OBIGGS systems have logged more than six million flight hours total experience including 12 international customers. Cobham can tailor the modular range of proven OBIGGS to fit a wide range of applications.

The extension is for a five-year base period of performance and is worth about $248.5 million. Cobham, however, said the anticipated value if worth were to carry through to 2019 would be about $301.2 million.

"We have successfully adapted our operational readiness training to meet the needs of the Armed Forces through to the end of 2019, using the extensive technology and know-how we have developed since the service was first introduced in the mid-1980s," said Cobham Chief Executive Officer Bob Murphy.

"We look forward to further developing this highly effective partnership with the MoD."

Cobham said most of the training for fighter personnel is conducted in Britain. Its services will also support overseas detachments. Sikorsky Aircraft has awarded a contract to Cobham Aerospace Communications for the production of area microphone preamplifiers in support of the US Marine Corps' (USMC) next-generation heavy-lift rotorcraft, the CH-53K Super Stallion.

Known as Model 265-005 and used in a wide range of aircraft applications, the area microphone preamplifier will help in detecting and amplifying signals that are sent out of the cockpit and routes them to voice recorders.

Compatible with various other voice and data recorders, the equipment is available is different industry mounting standards such as DZUS panel mount, glare shield surface mount, and integrated or remotely-connected microphone options.

The helicopter is equipped with a new elastomeric hub system, a low-maintenance elastomeric rotor head, upgraded engines and a locking cargo rail system.

Capable of carrying more than 27,000lb of external load in extreme weather conditions, the CH-53K helicopters are being developed to replace the existing CH-53E Super Stallions in 2019.

Two additional ground test helicopters are currently undergoing airframe structural testing at the company's US facility in Stratford, Connecticut, while all the four follow-on helicopters will undergo flight testing between 2014 and 2015.