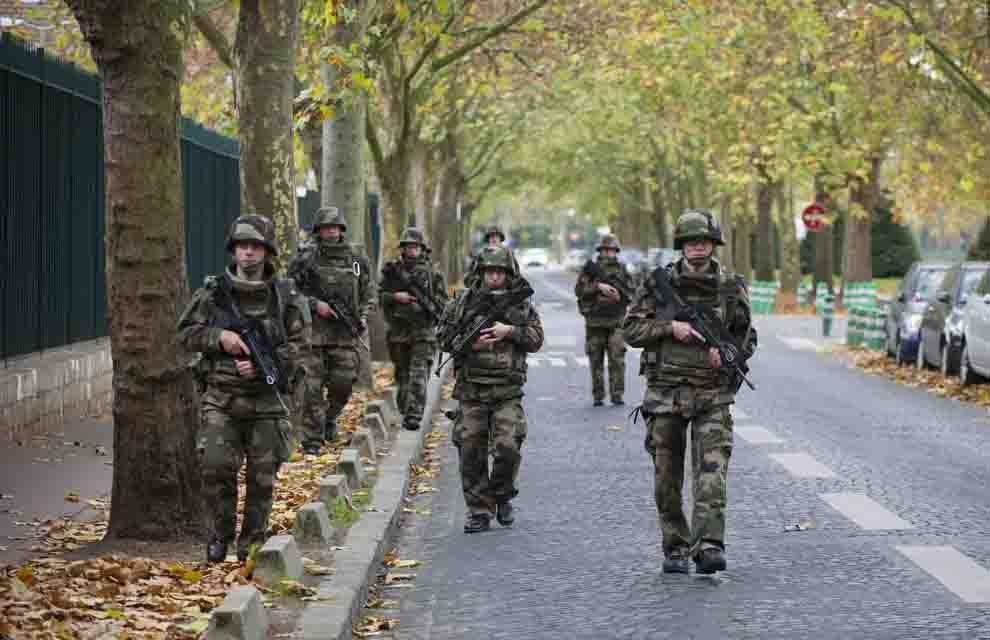 An RAF Reaper worked closely with other coalition aircraft to ensure that the Kurdish soldiers fighting to retake Sinjar received constant and immediate support from the air. The advanced surveillance sensors on the Reaper allowed it to search ahead of the advancing peshmerga and identify ISIL terrorist activity. In addition to this invaluable intelligence support, the Reaper’s controllers were also able to conduct two successful strikes with Hellfire missiles on groups of terrorists as they attempted to react to the Kurdish advance. Although Sinjar was the focus for much coalition air activity, patrols were maintained over other areas of Iraq where the fight against ISIL continues, and RAF Tornado GR4s provided close air support to the Iraqi units closing in on the terrorist positions in Ramadi. Just north of the city, a terrorist supply truck was identified at the mouth of an underpass, and destroyed by a direct hit from a Brimstone missile. (Transcript of the speech, exactly as it was delivered)

David Cameron made a statement in Downing Street on the US air strike targeting British militant Mohammed Emwazi on 12 November 2015.

We cannot yet be certain if the strike was successful.

But let me be clear. I have always said that we would do whatever was necessary, whatever it took, to track down Emwazi and stop him taking the lives of others.

We have been working, with the United States, literally around the clock to track him down. This was a combined effort. And the contribution of both our countries was essential.

Emwazi is a barbaric murderer. He was shown in those sickening videos of the beheadings of British aid workers. He posed an ongoing and serious threat to innocent civilians not only in Syria, but around the world, and in the United Kingdom too.

He was ISIL’s lead executioner, and let us never forget that he killed many, many, Muslims too. And he was intent on murdering many more people.

So this was an act of self-defence. It was the right thing to do.

Today I want to thank the United States: the United Kingdom has no better friend or ally.

And I want to pay tribute to all those professionals in our own security and intelligence agencies and armed forces for the extraordinary work they do on behalf of our country. On this, as so often, they’ve been working hand in glove with their American colleagues. We are proud of them.

If this strike was successful, and we still await confirmation of that, it will be a strike at the heart of ISIL. And it will demonstrate to those who would do Britain, our people and our allies harm: we have a long reach, we have unwavering determination and we never forget about our citizens.

The threat ISIL pose continues. Britain and her allies will not rest until we have defeated this evil terrorist death cult, and the poisonous ideology on which it feeds.

Today though, my thoughts, and the thoughts of our country, are with the families of those who were so brutally murdered.

And of course our own citizens. Aid workers David Haines and Alan Henning. Nothing will bring back David and Alan. Their courage and selflessness stand in stark contrast to the empty callousness of their murderers.

Their families and their friends should be proud of them, as we are. They were the best of British and they will be remembered long after the murderers of ISIL are forgotten. 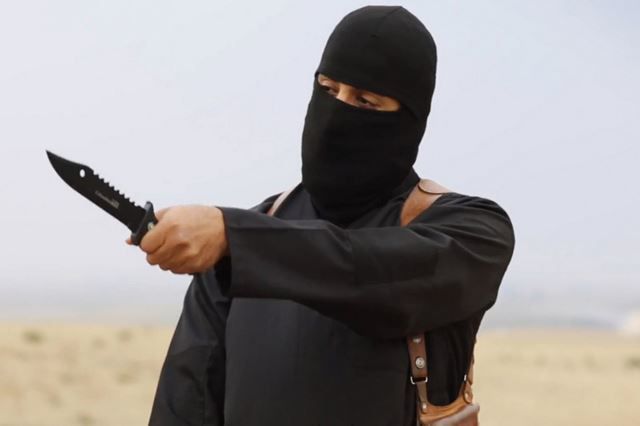 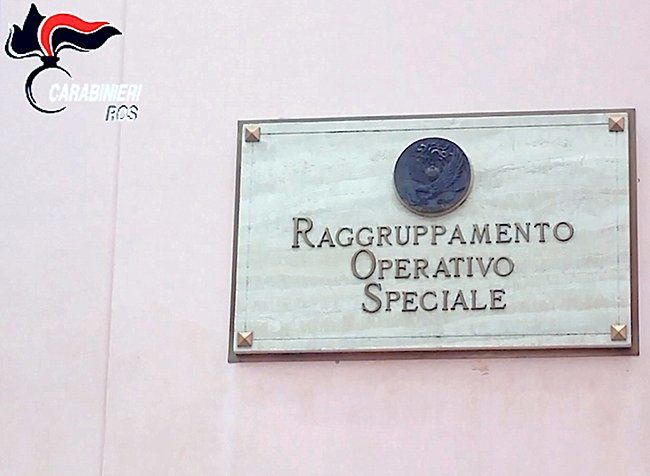 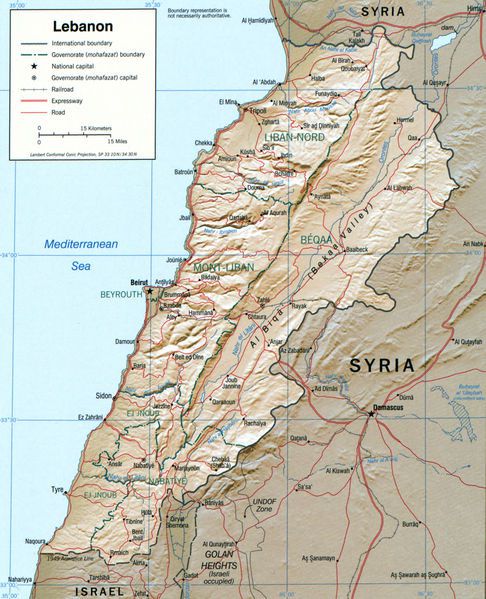 • Near Mosul, one strike struck an ISIL tactical unit and wounded an ISIL fighter.

Royal Air Force has continued to conduct air operations to assist the Iraqi government in its fight against ISIL.

As Kurdish forces launch a major offensive against ISIL terrorists in northern Iraq, the Royal Air Force has been playing a full part in coalition reconnaissance and strike missions to provide effective air support to them and other Iraqi ground forces.

ISIL terrorists are under heavy pressure in both northern Iraq, where the Kurdish peshmerga continue to push them back, and in Anbar province, where Iraqi troops have isolated the ISIL forces inside Ramadi. RAF Tornado GR4 and Reaper aircraft have flown daily armed reconnaissance missions over both areas, as part of the coalition’s intensive air campaign, and have conducted precision attacks in close coordination with the Iraqi ground forces. A particular focus has been around Sinjar city, in preparation for a large Kurdish offensive which began on 12 November to drive ISIL from their remaining positions in the southern part of the town. ISIL positions in and around Sinjar have been methodically targeted by coalition aircraft ahead of the ground assault by the Kurdish security forces.

As part of these preparations for the Kurdish attack, on Thursday 5 November, Tornado GR4s from RAF Akrotiri were able, despite bad weather, to use Paveway IV guided bombs against a pair of ISIL fortified positions near Sinjar; the Kurdish unit whom the GR4s were supporting confirmed that both terrorist positions had been destroyed.

The GR4s were again in action over northern Iraq on Sunday 8 November, destroying a further two ISIL positions near Tal Afar, which had been firing at Kurdish forces, including a rocket launch site concealed in a building.

The next day, the GR4s provided close air support to a Kurdish unit on the outskirts of Sinjar, which was in close combat with terrorists, armed with rocket-propelled grenades, who were defending a fortified compound. Despite the proximity of the Kurdish troops, our aircrew were able to conduct a carefully planned attack with two Paveway IV guided bombs that destroyed the compound.

On Wednesday 11 November, a Reaper used a GBU-12 guided bomb to destroy a terrorist-held building near Sinjar, then successfully attacked with a Hellfire missile a group of ISIL fighters as they attempted to move to a new position. Meanwhile, over Ramadi, a Tornado patrol destroyed a terrorist truck bomb with a Brimstone missile.

In addition to these reconnaissance and strike missions, other RAF aircraft continue to provide invaluable support to the coalition air campaign. Voyager air tankers refuel not just RAF but other coalition fast jets to enable them to extend their patrols over Iraq, whilst Sentinel strategic surveillance aircraft are highly valued for their ability to collect detailed intelligence on terrorist positions and movements. Hercules transport aircraft provide essential logistic support across the operational area, particularly for the British military training teams that are helping the Iraqi and Kurdish forces develop the capabilities they need to combat the terrorists ever more effectively. Peshmerga fighters, backed by US-led coalition jets, close in on three fronts in bid to cut off ISIL supply lines.

Kurdish Iraqi fighters, backed by US-led coalition warplanes, have launched a major offensive to retake the strategic town of Sinjar in northern Iraq from Islamic State of Iraq and the Levant (ISIL) fighters. A statement from the Kurdish Regional Security Council on Thursday said about 7,500 Peshmerga fighters were closing in on the mountain town from three fronts in an effort to cut off ISIL supply lines. Al Jazeera's Imran Khan, reporting from the city of Erbil, said US-led coalition warplanes bombed ISIL positions in the region on Wednesday evening, ahead of what Kurdish officials called "Operation Free Sinjar".