Tanks for the memories

The need to rethink the UK’s Armoured Vehicle Strategy

This is a post from Monty that I have been sitting on for a while, apologies to Monty [TD]

Think Defence blogger is working on a series on umanned logistics, air, sea and land.

By way of a warm-up, a handful of videos that demonstrates the span of potential solutions…

DUBAI — Having honed their skills on homegrown contracts, United Arab Emirates shipyards are seeking sales from their Arabian Gulf neighbors.

Over the past five years, the UAE has become the gulf’s leading hub for naval shipbuilding, as well as the maintenance, repair and overhaul of warships. Two of the biggest reasons are Abu Dhabi Ship Building (ADSB) and Etihad Ship Building (ESB), said Matthew Hedges, military analyst for the Institute for Near East and Gulf Military Analysis (INEGMA), based here.

“The UAE naval industry is a leading player in the region, with ADSB and Etihad Shipbuilding contributing a large amount to indigenous capabilities,” he said. “Other [Gulf Cooperation Council] countries can’t match the UAE capabilities.”

Another growing company is Al Seer Marine, which is becoming known for its unmanned surface vehicles.

Now the companies are touting their wares to neighboring countries.

Potential regional customers for ADSB’s flagship Baynunah corvette include the Saudi Navy, which has embarked on a US $20 billion expansion program and is said to be considering the purchase of up to a dozen new warships.

Established in 1996, ADSB initially focused on naval repairs and refits, then expanded to build sophisticated warships. Today, it handles the construction, repair and refit of naval, military and commercial vessels, and has an order book that tops $1 billion.

“Through partnerships with international players, the UAE has been able to construct some of the world’s most advanced ships, with the marquee product being the Baynunah-class corvette,” Hedges said.

The UAE launched the Baynunah class with a January 2004 order for a new class of multipurpose missile corvette. Two of six under contract have been delivered, the latest in February.

The 70-meter vessels were designed in collaboration with Constructions Mecaniques de Normandie (CMN) of Cherbourg, France, as a derivative of CMN’s BR70 70-meter corvette design.

The Baynunahs will mainly be used for patrol and surveillance, minelaying, interception and other anti-surface warfare operations in territorial waters and exclusive economic zones. The vessels are to be the world’s largest steel-hulled vessels that use waterjets for propulsion.

Built on a deep-V hard-chine hull, the corvette has a shallow draft and a stealthy superstructure, a helicopter landing deck and a hangar. It accommodates a crew of 55.

Etihad Ship Building — established in 2010 as a joint venture between Italian shipbuilder Fincantieri, Al Fattan Shipyard and Melara Middle East — also is looking to build on a successful 2013.

“On different fronts, Fincantieri and Etihad Ship Building have started negotiations with different gulf countries, including Kuwait, Qatar, Saudi Arabia and Iraq,” said Achille Fulfaro, ESB’s general manager. “For Qatar, Kuwait and Saudi Arabia in 2014, the negotiations will start and we will go in to deep analysis of their requirements, and we hope to create the conditions for production.”

“We expect also to start negotiations [with the UAE Navy] on a new Abu Dhabi class, for a more developed new ship in that class,” he said.

Fulfaro said ESB will base its services and production at its facilities in Abu Dhabi.

“We consider Etihad Ship Building as the lead in the gulf region, so we are making the relevant investments to be ready to produce more vessels in 2014,” he said.

But Fulfaro said his company is open to discussing new joint ventures or other work-sharing conditions.

Last year, ESB delivered two Falaj-class stealth offshore patrol vessels and an Abu Dhabi-class stealth corvette to the UAE Navy. It also won a €100 million (US $138 million) contract for services, logistics and maintenance of combatant vessels in the UAE, Fulfaro said. Last year, the company signed a contract with the Iraqi Navy as well for the maintenance of four patrol vessels at ESB.

The negotiations on the Falaj program are expected to be completed quickly, he said.

Among ESB’s products is the Falaj-class patrol vessel. Based on the Italian Coast Guard’s Diciotti class, it can handle a variety of missions, including patrol, surveillance, and land and surface attacks. It is also equipped to fight off air and surface weapons.

Another is the Abu Dhabi-class corvette, based on the design of the Italian Navy’s four Commandante-class vessels. The Abu Dhabis are 88 meters long and displace 1,650 tons.

Weapons on the corvette include two 30mm Marlin weapons stations and a 76mm naval gun.

Useful for ISR, border protection and port security, the first are expected to deploy in UAE ports this year, he said.

“There is a potential in the future to arm them to protect offshore rigs and illegal smuggling,” he said.

The three variants are called Sea Serpent, Oscar and Bravo.

Sea Serpent is a 3-meter, 320-kilogram vessel about the size of a large jet ski. It has a maximum speed of 50 knots and operates on one petrol engine. Used for security around VIP yachts, they also were designed for harbor surveillance and port security.

Bravo is a rigid inflatable boat based on the Finnish-built Boomeranger that can be operated either as a remote or a piloted boat.

Oscar, an 11-meter, 6,500-kilogram boat that runs on two 500-horsepower diesel engines with water jet propulsion, is used for security patrols and is equipped with computers, sensors and software to detect and process data.

“The boats are remote-controlled through a command-and-control station, which is on land or a mother ship at sea, and are fitted with some of the most advanced robotics and surveillance equipment,” Matthew Tracy, Al Seer Marine’s USV project manager, told local media.

“Three or four boats can be controlled and used by two operators at once instead of using between 12 and 16 crew,” Tracy said.

If fitted with satellite communications gear, he said, the boats can be controlled from anywhere in the world.

More than 550 attendees are expected to attend

Rosoboronexport to increase its contacts with Chile

The company Rosoboronexport plans to increase the presence of Russian military equipment in Latin America. During FIDAE-2014, the company will discuss cooperation with representatives of the armed forces of Argentina, Brazil, Columbia, Peru, Uruguay, Chile, and other countries in the region.

FIDAE-2014, the international exhibition of military and aerospace engineering, will take place in Santiago from March 25-30, 2014. There Rosoboronexport plans to increase its contacts with Chilean partners and continue developing a productive dialogue with Latin American countries concerning topics such as industrial cooperation.

“Russia’s presence in the Latin American market will only expand. We work with practically every country in the region, and we expect that the FIDAE-2014 exhibition will open a phase of cooperation with many countries, particularly with Chile,” noted Sergei Ladygin, Deputy CEO of Rosoboronexport, who is leading the company’s delegation to the exhibition. “Some time ago we conducted rather productive talks with Chilean partners about helicopters, but then this work began to lag. We hope that while in Santiago we can resume these kinds of negotiations, as well as discussing a number of other potential projects.”

The Rosoboronexport delegation will hold a series of talks with senior members of the armed forces of Argentina, Brazil, Columbia, Peru, Uruguay, Chile, and other countries in the region.

Foreign experts are expected to show particular interest in the combat training Yak-130 aircraft, the Mi-17 military transport helicopter, the Mi-28N military helicopter, the Su-35 multipurpose fighter jet, and the Il-76MD-90A military transport aircraft. Questions about aftermarket services and the development of service centers in the region are also expected to be discussed. Major Russian air defense systems, such as the Pantsir-S1, Buk-M2E, Tor-M2E, and Igla-S, are also expected to have great potential.

“Naturally, the Latin American market is traditionally thought of as the purview of Western European and American manufacturers. However, we offer not only military hardware and weapons that are ahead of competitors in terms of cost-effectiveness, but also technological cooperation projects. Gradually, as a result of systematic and phased work based on the principles of mutual benefit and transparency, we have been able to strengthen our position in the region,” noted Sergei Ladygin.

Russia has been a traditional participant in the FIDAE exhibition since 1994, presenting many times over the skies of Santiago the country’s best products, including Su and MiG fighter planes. In 2002, a group of Chilean parliamentarians at the exhibition familiarized themselves with the Mi-17 helicopter during a demonstration flight. Such demonstration flights were also held for the K-32 helicopter in 2008 and for the unique Be-200 amphibious aircraft in 2010. 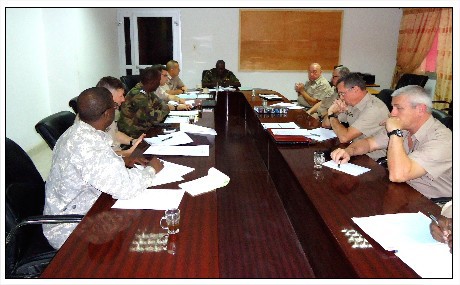 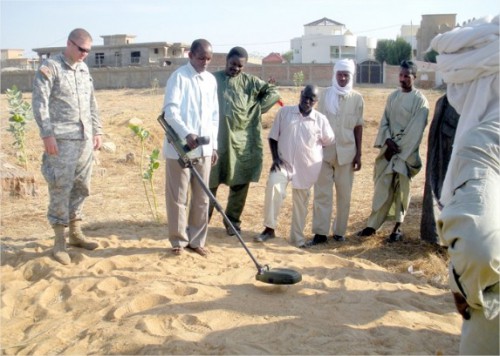 The Navy's fleet of helicopters is based in Nowra, NSW. Each type of helicopter is assigned to a particular Squadron, who maintain, service and fly the particular aircraft. When operational, the helicopters are located aboard ships out at sea so are built to withstand extreme conditions like heavy rain, strong winds and high seas. They are involved in a range of operations including search and rescue, over-sea transport, surface and submarine warfare and delivery of troops and equipment.

A soldier watches as a Tarantula Hawk (T-Hawk) Micro Remote Piloted Air System (RPAS) hovers over the desert in Afghanistan.

The Tarantula-Hawk takes off vertically and hovers to get a clear view of the ground ahead of troops.

It is used by the British Army in Afghanistan, clearing routes without risking human life and checking for roadside bombs.

Talisman is the army unit using T-Hawk. It is a counter-IED task force and uses specialist equipment, including this drone, to clear routes for large convoys.