Textron Systems’ Brian Feser says the Scorpion would cost USD 20 million per aircraft and has a cost per flight hour of USD 3000.

We always take a great interest in the National Audit Office Major Projects Reports but how do other nations approach the same financial and risk governance function?

How about the Australian audit office…

This price, that honors the values and visions of the global aerospace and defence industry, salutes the technological challenges performed and the innovative industrial solutions designed to develop the first large size stealth platform made in Europe, the nEUROn technological demonstrator.

Initiated by the French government in 2003 through the French Defence Procurement Agency with Dassault Aviation as prime contractor, the aim of the programme was to demonstrate the maturity and the effectiveness of technical solutions to face the main challenges of the future combat aircraft industry for the next twenty years.

The need to develop strategic technologies, the necessity to uphold advanced skills in areas in which the French industry has gained technical competences and fields of excellence, and the goal to provide workload to the design offices have led the nEUROn programme to be one of the most important for the defence sector.

The success of the nEUROn maiden flight, the 1st December 2012, validates the capability of the French industry to prepare the future of manned or unmanned combat aircraft systems.

It also illustrates the will of the French Authorities to be a major actor to the build-up of the future of defence, and the strategic commitment of Dassault Aviation to design and develop the best technologies to propose the outmost innovative operational solutions.

With more than 8,000 military and civil aircraft delivered to 83 countries over the past 60 years, and having logged nearly 28 million flight hours to date, Dassault Aviation can offer recognized know-how and experience in the design, development, sale and support of all types of aircraft, from the Rafale fighter to the Falcon range of high-end business jets, as well as military unmanned air systems. In 2013, Dassault Aviation reported revenues of EURO4.59 billion, with around 11,600 employees. (ends)

Recognized for its work in the Aeronautics and Propulsion category, the X-47B UCAS-D team demonstrated the capability to operate a tailless, full-size Unmanned Air System (UAS) in the carrier environment, a first for naval aviation.

"It has truly been a phenomenal year for this team," said Rear Adm. Mat Winter, who oversees the Program Executive Office for Unmanned Aviation and Strike Weapons. "This award is a well-deserved recognition for the X-47B team and underpins the historical significance and dedication of the hundreds of civilian, military and industry teammates who were instrumental in executing the technical achievements required to operate the first-ever carrier-capable UAS."

Because of the UCAS-D team’s efforts, the X-47B conducted the first-ever launch and recovery of an unmanned air vehicle from a carrier at-sea. In 2013, the X-47B conducted eight catapult launches, 30 touch-and-goes and seven arrested landings while aboard USS George H.W. Bush (CVN 77) and USS Theodore Roosevelt (CVN 71).

Duarte said the team continues to refine the concept of operations to fully demonstrate the effective integration of unmanned carrier-based aircraft within the current carrier environment to reduce technical risk for the follow-on Unmanned Carrier Launched Airborne Surveillance and Strike (UCLASS) program.

The X-47B demonstration activities have validated the feasibility to operate unmanned aircraft in the harsh carrier environment and has helped develop the concept of operations and demonstrate the required technologies for a future unmanned carrier-based system.

Established more than 50 years ago, the Aviation Week Laureate Awards recognize the accomplishments of individuals and teams in the aerospace, aviation and defense industry, according to the organization’s website. The finalists’ “achievements embody the spirit of exploration, innovation and vision that inspire others to strive for significant, broad-reaching progress in these fields,” the website said.

The minister spoke to young trainees as part of a day spent at the missile systems developer and manufacturer’s site in Filton, south Gloucestershire, during a visit coinciding with the conclusion of National Apprenticeship Week.

The group explained their roles within the firm, which has operations across Europe as well as in the UK, and provided the minister with their first-hand experience of the opportunities that apprenticeships had presented them with.

It is difficult to overstate the importance of apprenticeship schemes and it was fantastic to meet young people who have seized their opportunity with both hands.

National Apprenticeship Week is a good time both to celebrate apprenticeships and highlight once again the positive impact they can have on people and businesses.

After meeting these apprentices I’m confident that the future of defence manufacturing in this company is in safe hands. I wish them every success for the future.

All 4 apprentices are employed either within business or engineering with MBDA.

Daniella Di Stazio, aged 21, is a fourth-year business apprentice based at MBDA’s Stevenage site in Hertfordshire where she works in a supply chain transformation team. She won National Higher Apprentice of the Year 2014 from Semta (the UK Skills Council for Engineering and Manufacturing) in February.

Louie Penfold, aged 19, is a third-year engineering apprentice who works at MBDA’s Henlow facility in Bedfordshire on the final missile assembly line where the integration of warheads and motors takes place prior to customer delivery.

Anna Schlautmann, aged 21, is a third-year logistics apprentice who works on MBDA’s manufacturing workload forecast process ensuring that the company has the necessary resources amongst the teams working on the shop floor on missile assembly. Anna won Apprentice of the Year at the 2013 Manufacturer Awards in December last year.

Lucinda Jones, aged 21, is a second-year engineering apprentice who works in operations at MBDA’s Lostock site in Greater Manchester where she is involved with manufacturing missile components and inert missile assembly.

Taking part in this apprenticeship scheme has been fantastic for me because I can get paid while gaining experience in permanent employment. It has given my career a great head start in an industry which I find fascinating. I’ve really enjoyed my time at MBDA

It’s also really good to see the Ministry of Defence and the government taking the opportunities presented to young people by apprenticeships seriously.

I really value the opportunity to meet a minister today and talk to him about my career and I hope he found it useful to hear how we have benefited from the scheme.

For people who want to pursue a career in defence, there are no shortage of apprenticeship opportunities.

MBDA offers places each year and is just one of many defence companies offering apprenticeship opportunities for young people starting out on the career ladder.

In addition, the Ministry of Defence, Royal Navy, Army and Royal Air Force combined are the biggest providers of apprenticeships in the UK.

Army schemes alone have an annual value of £27 million and at any one time there are more than 15,000 soldiers enrolled on an apprenticeship.

The programme of the workshop “Exploring Safe Design and Operations for European for European Unmanned Maritime Systems is now available.

This workshop is organised by the European Defence Agency in cooperation with the working group on Safety and Regulations for European Unmanned Maritime Systems (SARUMS) 27 March 2014 in the EDA premises in Brussels.

The workshop will be a major forum focusing on the discussion of latest developments and on the exchange of recent experiences in the field of safety of Unmanned Maritime Systems. It will bring together end users and various stakeholders from industry, research institutes and governmental organisations.

The workshop is supported by European Defence Agency and SARUMS working group whose aim is to provide European navies with a best practice framework for the handling, operations, design and regulations of Unmanned Maritime Systems.

More information on how to register and the draft programme can be found here. 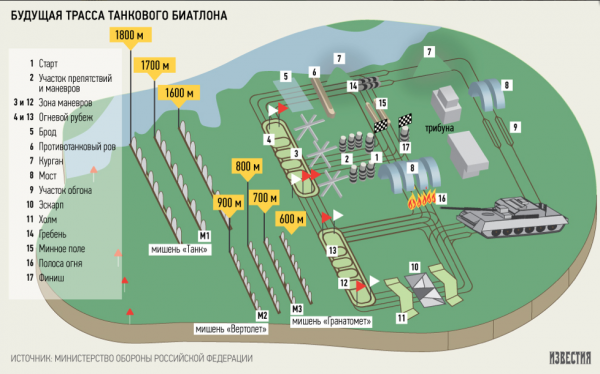 Ukraine: the charge of the diplomatic brigade

Rather than its adroitness, the Ukrainian crisis highlights the failure of Russian strategy.

Russian long-term strategy failed, for the model of society and the type of relationship on offer were evidently not appealing at all to the mass of demonstrators who forced Yanukovich to come to terms. By contrast, the social model associated with the European Union (EU) – though in austerity times it is in fact not always applied within the Union – clearly appeals much more to many Ukrainians. They feel that European governments protect and provide for their citizens and expect their government to do the same.

Once Yanukovich fled the country, immediately after three EU Member States had brokered an agreement, Russian short-term strategy failed as well. Either Yanukovich decided to leave the scene without giving prior warning to Moscow, which means Russia lost control, or his great escape was part of the Russian plan, in which case it was faulty, for the resulting vacuum was immediately filled by the opposition.

Subsequent Russian military action in the Crimea is an over-reaction attempting to mask the weakness of Moscow’s position. That does not render it less of a crisis, which does threaten the peace in Europe. But it does mean that a solution can be found, as long as the Russian government is permitted to save face.

Not all of its objectives are necessarily unreasonable. But having built its domestic power base on the image of external power, it cannot allow that image to be pierced. Especially not in what it persists in presenting to its own public as its sphere of influence. To that end it prefers to grab what actually it could receive by asking politely.

Europe and the United States (US) have their own concerns with their image and legitimacy though, so they too want to appear resolute in the face of the crisis. Targeted sanctions such as travel restrictions and freezing of assets can serve that purpose, signaling at the same time resolve in addressing the crisis and prudence in wishing to avoid escalation. Energy need not now come into play. Moscow and Brussels know that they are so dependent upon each other that both would be unduly hurt by a freezing of energy deliveries. Europe more in the short term, but Russia more in the long term, for Europe represents a far greater share of its exports than Russia of Europe’s imports.

A military solution there certainly is not. Too much posturing through NATO can only be counter-productive, making it more difficult for Russia to back out. Precisely because Russia must maintain the image – or mirage – of its sphere of influence, NATO is not the right conduit to manage the crisis in Ukraine (as it was not in Georgia in 2008).

Crisis diplomacy at the highest level by the EU, unequivocally backed by the most relevant Member States, and the US, is the only option to broker a deal. An agreement certainly seems possible. Russia’s lease on the naval base in Sevastopol can be guaranteed by the Ukrainian interim government. Elections in Ukraine as a whole and a referendum on independence or increased autonomy in the Crimea can both be pushed back and held on the same day, under international observation. The Organisation for Security and Cooperation in Europe (OSCE), where Russia, the EU and the US are all represented, could organise this. Future governments can enact strong guarantees of minority rights (another area in which the OSCE has great expertise).

In this ‘Crimean war’, the only brigade that has to charge therefore is the diplomatic brigade.