From 1 to 12 September 2014, fourteen Counter-IED experts from Austria, Germany, Italy, Ireland, and Sweden took part in an intensive Manual Neutralisation Exercise at the Austrian Army’s Logistics School in Vienna. The exercise was organised by Austria as lead nation in close cooperation with the European Defence Agency (EDA).

Manual neutralisation refers to situations where a trained operator has to manually defuse an improvised explosive device. This occurs when it is not possible to tackle the device remotely, for example when the device is attached to a hostage or with chemical or even radiological material. It is one of the most mentally and technically challenging jobs performed by anyone in the armed forces, requiring high-level skills and training.

The aim of the exercise was to give participants the chance to use and develop  these skills in a highly demanding, multinational environment. Over the two-week period, they were given a series of different and increasingly complex scenarios and devices to deal with. One operator from Ireland, who participated in the exercise, commented, “for most of us, this is only one element of our jobs, thankfully we do not encounter devices like this every day. Training like this is vital, to ensure that we are as sharp and up-to-date as possible when we do encounter a complex device or hostage situation.”

The Austrian officer in charge, explained the advantages of running the course at a European level, “obviously one important element is cost. By pooling demand from different countries with similar needs, we can afford to do more than we would be able to do individually. However, another important part is bringing together operatives from across Europe, learning from each other, and developing a European network of manual neutralisation experts”, he said.

The course is part of the EDA’s Manual Neutralisation Techniques Courses and Exercises programme. It is the second event to be held under the programme in Austria this year, after the completion of the first European Manual Neutralisation Training Course in May. Both the course and exercise made use of specially designed manual neutralisation kits for defusing improvised explosive devices. These kits were purchased by EDA and given to the Austrian Armed Forces to be stored at the logistics school, however they are available on request for operational use by all participating EDA Member States.

Organised by the European Defence Agency and the EU Military Staff, the event will gather representatives from capability and planning units and subject-matter experts to promote future developments in this domain.

Being able to provide medical support to EU personnel deployed around the world as part of Common Security and Defence Policy (CSDP) missions is critical to the success of those operations. But the challenges are plentiful: how to finance this medical support?  How to implement it in a EU framework? What are the best ways to provide emergency response in a difficult environment? Which emerging diseases need to be watched and what should be done to efficiently tackle them in the field?  How to implement a static organism at EU level to deal with the capability development for medical support?

Those issues and many others will be addressed over the course of a two-day symposium organised jointly by the European Defence Agency and the EU Military Staff (EUMS), to be held at the Belgian Royal Military Academy in Brussels on 15-16 October 2014. It will be attended by subject-matter experts from EDA, EUMS as well as many other key actors of CSDP medical support, and it is open to all professionals and industry representatives working on the topic.

The European Defence Agency is already active in the medical support field, mainly through an ongoing initiative that has been joined by 16 Member States so far. Initiated in 2011 and led by Italy, the Multinational Modular Medical Units project aims to develop a state-of-the-art deployable field hospital that should become available to CSDP operations. It is designed to be used in a wide a range of missions, from peacekeeping to humanitarian relief and coercive operations.

The detailed programme of the Symposium is available here. People interested in attending the event are invited to contact EDA via email at cat@eda.europa.eu before 8 October 2014. 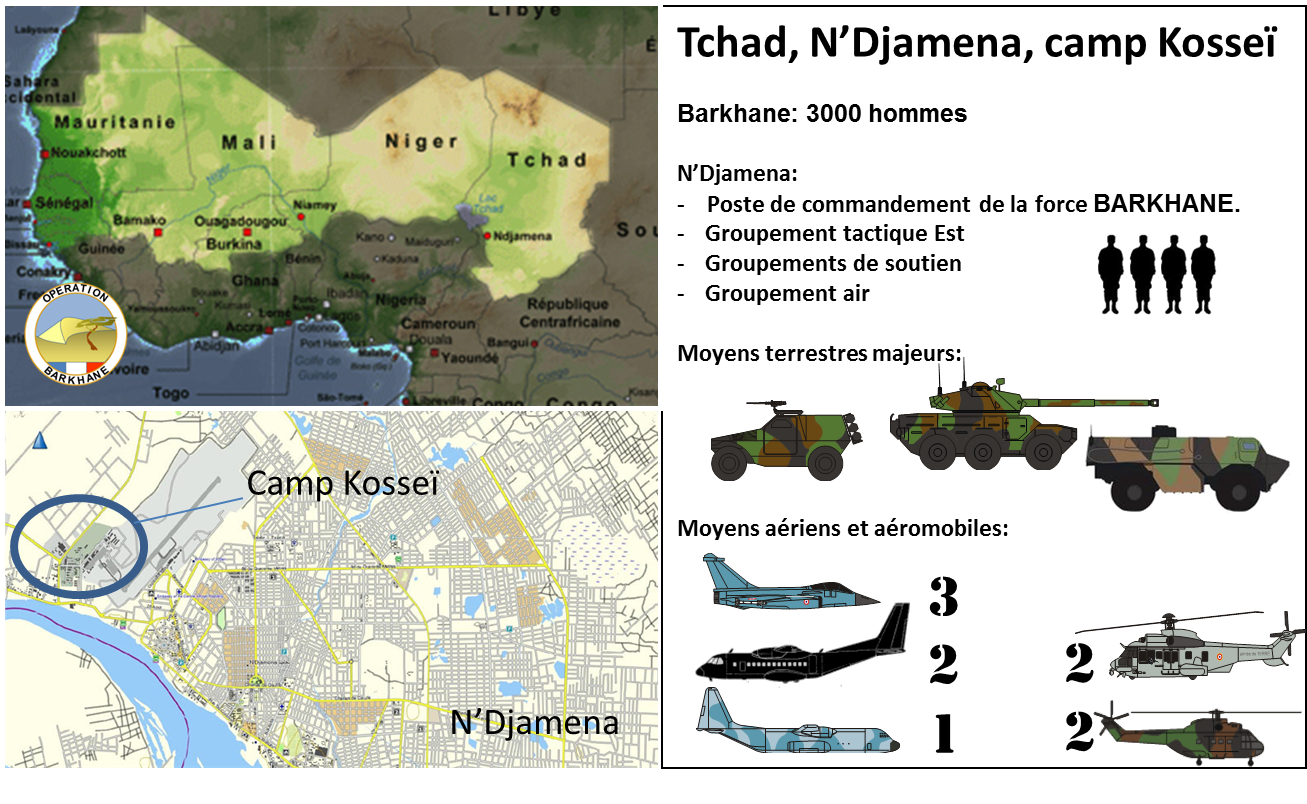 The AeroSpace and Defence Industries Association of Europe (ASD) today announced the appointment of two new directors: Vincent De Vroey as Civil Aviation Director and Dr. Burkard Schmittin the position of Defence & Security Director. Both executives will take over their new roles and responsibilities on November 2nd, 2014.

“Vincent and Burkard are well known and highly respected in what is commonly called the Brussels scene. They both come to ASD with strong knowledge and track records in their respective areas of expertise. I am very happy to have them on board as ASD is increasing its efforts to become a proactive and knowledgeable speaking partner to the Institutions and European Member States”, said Jan Pie, ASD Secretary General.

Vincent De Vroey has spent the bulk of his career with the Association of European Airlines (AEA) holding a range of positions of increasing responsibility. He holds a Master of Business Administration and a Master of Electronics Engineering degree from the Vrije Universiteit Brussel (VUB), Belgium.

Dr. Burkard Schmitt has worked as defence expert at the European Commission. Prior to that, he was Assistant Director of the European Union Institute for Security Studies in Paris. Burkard Schmitt holds master’s degrees from the universities of Bordeaux and Erlangen and a PhD in Contemporary History from the Friedrich Alexander University Erlangen, Germany.

“I’m very excited about this new role in my career and the challenge it represents. I believe that my expertise in European defence and security matters will contribute to a fruitful dialogue between industry and European policy makers on these issues, acknowledged Burkard Schmitt.

Australia is sending Super Hornets, a tanker and an airborne early warning and control aircraft to the United Arab Emirates where they will prepare for possible use against the Islamic State.

MELBOURNE, AUSTRALIA — Australia is sending up to eight F/A-18F Super Hornet strike fighters, an Airbus KC-30 multirole tanker transport and an E-7A Wedgetail airborne early warning and control (AEW&C) aircraft to the Middle East this week for possible use against Islamic State forces in Iraq.

The Australian contingent will move to the United Arab Emirates where they will prepare for operations, ahead of a government decision regarding Iraq.

The ground troops will include Special Forces, which will be used to train Iraqi military personnel and Kurdish peshmerga fighters.

This marks the first time Australian Super Hornets have been deployed to the region since entering service in 2010, and the first time RAAF combat aircraft have deployed with both organic tanker and AEW&C support.

“This is a highly complex operating environment which continues to evolve, and we now have a significant amount of detailed planning work to undertake as we prepare for this deployment.

“Disrupting and degrading ISIL will take a comprehensive and sustained effort from the international community. If we do nothing, we risk allowing the shocking acts of ISIL to further destabilize the Middle East region and to spread beyond the Middle East region where it will pose a greater threat to Australians.”

Mark Thomson, a senior analyst with the Australian Strategic Policy Institute, a defense think tank, says the proposed force is a credible contribution by Australia.

“This is an international effort to deal with a problem that we all share. I think from Australia’s point of view, if you look at the scale of forces that we can deploy and recognizing the RAAF is at the moment working to introduce a broad range of platforms to service, this will be a demanding deployment. But I’d say it’s a deployment which is commensurate with Australia’s interests in this issue,” he said.

“I don’t think we should underestimate what the RAAF is doing now, deploying the tankers and the AEW&C with fighters at the same time, at distance from Australia. This is a challenging exercise that they’ll undoubtedly learn a lot from.”

Thomson also said that it is difficult to estimate how long Australian forces will need to remain in the region.

“The word complex doesn’t come close to capturing the situation we’re moving into. Just looking back over the whole Iraq venture from 2002 onwards, it’s been one surprise after another and if you asked the Iraqis what was going to happen, they probably didn’t know ahead of time either,” he said.

“These things are what we as scientists call the emergent properties — there’s a complex interaction that drives the political and military situation in a certain direction, and it’s largely unpredictable ahead of time.