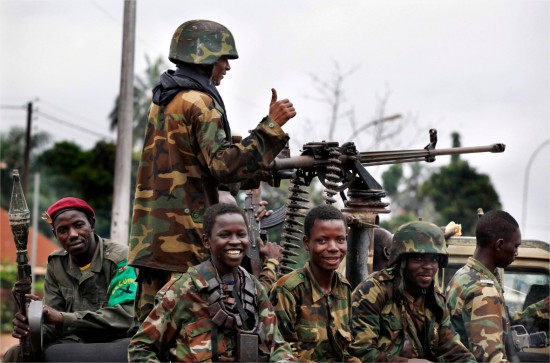 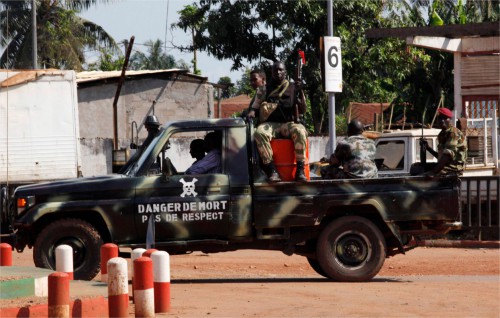 Time To Go: US Army OH-58D Kiowa helicopters are staged in South Korea before inspection in October. The Army has wanted to replace the helicopters with a new armed aerial scout, but now has plans to use Apaches to temporarily fill their role. (US Army)

WASHINGTON — US Army leaders are considering scrapping its entire fleet of Bell Helicopter OH-58 Kiowa Warrior helicopters, while pulling the National Guard’s Boeing AH-64 Apaches into the active-duty force to fill the scout helicopter role as the Army seeks to fulfill its longer-term requirement of a newly developed armed aerial scout, according to several Army and defense industry sources.

The plan also calls for giving active Black Hawk helicopters to the Guard, while taking half of the Guard’s Lakota fleet, using them as active-duty trainers and scrapping its Jet Rangers.

While a final decision has yet to be made, the industry sources had the impression that the deal was all but done.

The deal would be done in the interest of cutting costs and reducing the number of different helicopter types in the Army, but questions remain about the affordability of using the Apache to fill the scout role. Army leadership had already rejected the idea in the early 1990s in favor of the now-canceled Comanche, and expressed doubts about it in a 2011 analysis of alternatives (AoA) document.

The December 2011 AoA for the Armed Aerial Scout (AAS) program — which until last year was envisioned as the eventual replacement for the Kiowa — concluded that fielding the AH-64D Block III to the service’s armed reconnaissance squadrons to replace the Kiowa would be “at least 50 percent more expensive than the currently programmed [recon squadrons].”

The Army also concluded that the AH-64 requires “significantly more maintenance personnel than the other mixes analyzed.”

What’s more, a study conducted by the Logistics Management Institute recently estimated that in recent operations in Iraq and Afghanistan, if the Army used an Apache in the Kiowa scout role, it would have cost an additional $4 billion in fuel, maintenance and operating costs.

Still, “the Army is in a difficult position,” one defense industry source said. The Armed Aerial Scout AoA “said that the most affordable and capable option was Kiowa linked with the Shadow UAV. But the AoA also said that the most capable immediate solution is an Apache, so there’s two sides of this argument. So the Army really is making decisions around cost.”

“This is a budget-driven plan,” said Col. Frank Tate, the Army’s chief of aviation force development. “We are in a fiscally constrained environment, which requires us to make hard choices, but we need to also make smart choices. In developing this plan, everything was on the table.”

Tate added that “if we go with the overall plan, it would save approximately $1 billion a year in direct operating and sustainment cost. However, that does not take into account the savings in the out-years by divesting the OH-58Ds, OH-58A/Cs and TH-67s [trainers] from the Army aviation fleet.”

Once the Army divests itself of its 338 active-duty and 30 National Guard Kiowas and pulls Apaches from the National Guard, the service will then provide the Guard with Sikorsky UH-60 Black Hawk helicopters in order to give the Guard more capability as it conducts its homeland defense and disaster response missions.

The Army has 570 Apaches, while the Guard has 192 and the Army Reserve has 48, according to information provided by the service.

The goal is to have a total of 690 AH-64E Apaches in the Army, officials said, while the Guard and reserve will have no Apaches of any model.

The Guard is also expected to gain 111 Black Hawks from the active duty, while the reserve will receive 48, and the end-state calls for 1,033 Black Hawk helicopters in the active Army, 960 in the Guard and 142 in the reserve.

But the plan isn’t sitting so well with everyone in the Guard.

Col. Tim Marsano, spokesman for the Idaho National Guard, wrote in an email that “losing the Apaches would entail a significant loss of manning, combat capability and a long tradition of combat aviation in the Idaho Army National Guard. We would like to keep this mission.”

Part of the plan also entails retiring the active-duty Bell TH-67 Jet Ranger training helicopters being used at Fort Rucker, Ala., and moving about 100 EADS UH-72 Lakotas from the active Army and 104 of the Guard’s 212 Lakotas to Alabama for this purpose.

The proposed plan gives the Army some flexibility in determining what it can cut and how it can maintain critical aviation capability, Tate said.

The plan “streamlines the fleet by divesting older model airframes,” he added. This will “result in substantial savings over time. Our other option is to just eliminate force structure, which would require us to divest some of our aircraft that we want to keep and result in reduced capability.”

The Army has been trying to build a new light reconnaissance helicopter since 1982, when it kicked off the Light Helicopter Experimental program to replace the Vietnam-era Kiowa.

Eventually christened the Comanche in the early 1990s, the program never really found its footing in the halls of the Pentagon, leading then-Defense Secretary Donald Rumsfeld to finally kill it off in 2004 after it had burned through about $7 billion worth of investments.

Over the past several years it began to look hopeful that after 30 years of trying, the Army would be able to finally upgrade its aerial scout fleet. In 2010, the defense industry jumped at the chance to build a new bird, and AgustaWestland, Boeing, EADS and Bell Helicopter began readying designs for the new armed aerial scout.

During the spring and summer of 2012, the Army conducted a series of what it called “fly-offs,” where Army leaders visited all of the competitors interested in bidding on the work to check in on their progress and their designs.

Nothing much came from the meetings, and by May 2012, Lt. Gen. William Phillips, the top acquisition adviser to the Army secretary, claimed that the results of the industry visits were a disappointment.

“We didn’t find a single aircraft that was out there that could meet the Army’s requirements, so if we were to go forward with an armed aerial scout it would essentially be a development program,” he said.

Asked if the Army has communicated to industry its plans for future development of the AAS requirement, one industry source said that “to my knowledge, we’re nowhere close to that. Sequester hit and the budget drills hit, and there’s been no communication outside of the Army on what their plans for an armed aerial scout may be.”

After releasing its original request for information in 2010, the Army said it was looking at an average procurement unit cost of $13 million to $15 million for a new armed aerial scout. But developing a new helicopter with a fielding target of 2022 would cost about $12 million, contingent on requirements.

That investment spread out over several years “would at least get you to the point where you have actionable data” about what capabilities are viable, one industry source said.

“To move to the Apache in the absence of that information takes options away from the Army that they would ordinarily have,” the source added.

There remains the question of what the Army will do with the more than 300 Kiowa aircraft that it is divesting.

A priority will be put on any needs that the other services may have first, said Col. Jong Lee, of the service’s acquisition, logistics, and technology directorate, followed by the Civil Air Patrol, law enforcement, and then foreign military sales.

Although the Kiowa program kicked off in 1969, the Kiowa Warriors being used today were built from 1985 onward. The entire fleet has been completely reset and remachined over the past decade, with the upgrade program ending in 2011.