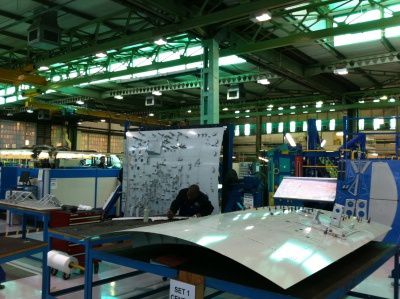 In line with ongoing defence collaboration between South Africa and Malaysia, Denel Aerostructures has signed a memorandum of understanding with Strand Aerospace Malaysia covering knowledge transfer and possible subcontracting work.

The agreement was signed on 17 March during the Langkawi International Maritime and Air Defence Show (LIMA) in Malaysia. Under the agreement, Denel staff will help Strand strengthen is technical capabilities in the area of Finite Element Analysis (FEA), through engineer mentoring and knowledge provision. Denel is also considering giving Strand design and engineering work packages.

The collaboration is part of the number of defence and high-technology indirect offset initiatives between South African and Malaysian companies, managed by Malaysia Industry Group for High Technology (MIGHT) and the Technology Depository Agency (TDA).

In 2011 Denel Land Systems signed a contract to supply a range of turrets and integrated weapon systems to be fitted onto the Malaysian Army’s Pars 8X8 armoured vehicles. The major portion of this contract is being implemented in Malaysia over a seven year period.

Denel said it has already started with a programme of direct technology transfer and is meeting its commitment to build high-tech capacity in the Malaysian defence sector.

It flows from the strong diplomatic and trade relations between South Africa and Malaysia since the democratic transition in 1994. The President of the Republic of South Africa, Jacob Zuma, visited Malaysia in 2013 during which bilateral relations including the offset initiatives resulting from the Denel contract were discussed.

Following Zuma’s visit, Denel signed a memorandum of understanding with Strand Aerospace (SAM) to explore opportunities for technology transfer. “We are proud to work with a world-class Malaysian entity which is at the cutting edge of technology and has identified Denel as a useful strategic partner in the future,” said Riaz Saloojee, Denel Group Chief Executive.

In terms of the new agreement a senior technical specialist from Denel Aerostructures will spend at least a year at Strand Aerospace Malaysia near Kuala Lumpur to build capacity within the company, mentor emerging engineers and provide guidance on the company’s efforts to enter the global supply chains of major aerospace manufacturers.

The programme will include on the job training to at least 10 engineers employed by SAM; formal classroom training and professional mentoring; professional advice and guidance to other engineers; ongoing technical support and the development of tools and processes to support project delivery.

Saloojee said Denel will continue to support SAM’s human capital development programme and provide professional advice based on its own extensive experience in manufacturing and design engineering. This cooperation and knowledge-sharing will also contribute to the growth of indigenous South African aerospace industry.

The relationship between South Africa and Malaysia goes back a long way, but was formally established in 1993. Malaysia was the first country to invest in South Africa in 1994, and is still the largest investor from South East Asia in the country. Total trade between both nations rose from $1.4 billion in 2008 to $2.3 billion in 2012, fostered by the creation in 1997 of the South Africa- Malaysia Business Council by former president Nelson Mandela and former Prime Minister Mahathir Mohamad.

Airbus Defence and Space has awarded a multi-million Rand contract to Denel Aerostructures (DAe) for production of key parts for the A400M Atlas military transport aircraft.

Under the ZAR260m ($24.1m) contract, the company will manufacture ISO locks for integration into the cargo hold of 174 A400M aircraft, which are scheduled to be delivered to international clients over the next six years.

The tactical airlifter aircraft has been ordered by the air forces of Belgium, France, Germany, Luxembourg, Malaysia, Spain, Turkey and the UK.

Denel Group CEO Riaz Saloojee said: "The new contract strengthens our relationship with Airbus Defence and Space and sends a signal to the global aerospace sector about the know-how and experience available in the South African manufacturing industry."

Production of the ISO locks has already commenced, and the first shipment comprising four sets of parallel aluminium rails and 32 cross-tracks, is expected to be delivered to Airbus' fuselage assembly facility in Bremen, Germany, by September.

The company intends to ramp up the serial production in 2015 to be able to deliver at least 20 ship sets annually over the six-year contract period.

DAe CEO Ismail Dockrat said the company will also manufacture a different rail system for loading of smaller containers as sought by some foreign customers under a separate ZAR70m ($6.5m) contract.

The central guide vehicle restraint system loads smaller containers that are usually filled with humanitarian aid, food and other supplies onto the A400M for air-dropping in the event of emergencies.

DAe is also responsible for production of the airlifter's wing-to-fuselage fairing and ribs, spars and swords, while its local supplier base will be subcontracted for some of the manufacturing processes.