Leidos (NYSE: LDOS), a national security, health and engineering solutions company, was awarded a prime contract by the U.S. Defense Intelligence Agency (DIA) to provide enhanced solutions for information technology (IT) requirements. The multiple-award indefinite-delivery/indefinite-quantity has a one-year base period of performance, four one-year options, and a total contract value of $6 billion for all awardees, if all options are exercised. Leidos is one of 25 large businesses eligible to compete for task orders under the contract. Work will be performed in Springfield, Va. and at DIA locations worldwide.

The DIA provides military intelligence to warfighters, defense policymakers and force planners in the Department of Defense and the Intelligence Community in support of U.S. military planning, operations and weapon systems acquisition.  Under the contract, Leidos will provide worldwide coverage for IT requirements and technical services supporting the government through system design, development, fielding and sustainment of global intelligence and command and control (C2) assets vital to the security of the United States. Leidos will focus on improving integration, information sharing, gaining efficiencies and information safeguarding through a common IT approach.

"This E-Site contract will build upon our successful SITE contract performance.  We look forward to maintaining our current worldwide coverage of IT requirements and technical support services for the government by continuing to provide innovative, adaptive and secure services and capabilities in support of the DIA and the intelligence community," said Leidos Group President, Sam Gordy.

Leidos is a science and technology solutions leader working to address some of the world's toughest challenges in national security, health and engineering. The Company's 19,000 employees support vital missions for government and the commercial sector, develop innovative solutions to drive better outcomes and defend our digital and physical infrastructure from 'new world' threats. Headquartered in Reston, Virginia, Leidos reported annual revenues of approximately $5.06 billion for its fiscal year ended January 30, 2015. For more information, visit www.Leidos.com.

Fighting IS not a priority for Turkey: US spy chief 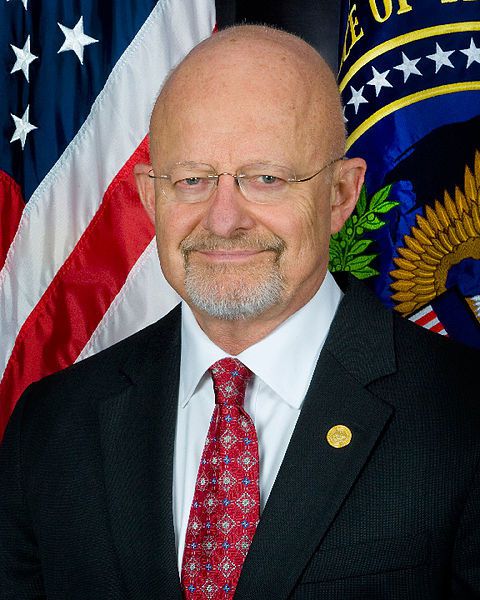 Washington  - Turkey does not place a high priority on fighting Islamic State jihadists and as a result foreign fighters are able to travel through the country into Syria, US intelligence chief James Clapper said Thursday. Asked if he was optimistic that Turkey would take a more active role in the war against the IS group, Clapper told senators: "No, I'm not." "I think Turkey has other priorities and other interests," he told the Senate Armed Services Committee. The Turkish government was more concerned with Kurdish opposition and the country's economy, the director of national intelligence said. "Public opinion polls show in Turkey they don't see ISIL as a primary threat," said Clapper, using an alternative acronym for the extremists. The effect of Turkey's approach was to allow a "permissive" climate for foreign recruits heading to Syria to take arms for the IS group, he said. "And of course, the consequence of that is a permissive environment... because of their laws and the ability of people to travel through Turkey en route to Syria," Clapper said. "So somewhere in the neighborhood of 60 percent of those foreign fighters find their way to Syria through Turkey." The spy chief said some other governments in the Middle East have been reluctant to join the US-led coalition against the IS group because of Washington's reluctance to directly confront the Syrian President Bashar al-Assad's regime. But the "brutal savagery" of the IS militants, including the beheadings of hostages and the immolation of a captured Jordanian fighter pilot, "have had a galvanizing effect on opinion in the Mideast region," he said. There was more willingness to cooperate with the United States in the war effort, with some countries now sharing intelligence with Washington, he said.

WASHINGTON --- In a global environment where crises such as the one occurring in Syria become sudden priorities and where fiscal, cyber and geopolitical disasters simmer on the world’s back burners, intelligence is a critical guarantor of U.S. national security, the director of the Defense Intelligence Agency said here last week.

Army Lt. Gen. Michael T. Flynn spoke to those attending a panel on intelligence community challenges and priorities at the Intelligence and National Security Alliance Summit. INSA is a nonprofit public-private organization whose members include current and former high-ranking intelligence, military and government agency leaders, analysts and experts.

“In light of future trends … and in light of the absolutely critical role of intelligence for our national security, we must do the following,” Flynn said. “We must adjust our operating model to refocus on our mission and our unique strengths. We must continually emphasize burden sharing, partnerships and integration. And we must instill flexibility and agility to respond to crises. That is our new normal.”

Flynn said these undertakings must be woven into the fabric and culture of DIA and everything it does.

“At DIA,” he said, “we have already laid the groundwork for that future.”

The agency recently reorganized into a centers-based model that networks and integrates talent from across the agency -- analysts, collectors, collections managers, technicians, technical experts, targeteers -- and brings them together as one team to solve critical problems, Flynn said, describing the model as a “critical personal lesson that I learned from the past decade of war.”

At the core of the centers are the following three qualities, the general explained.

-- A fusion of analysis and collection, which, based on experience from Iraq, Afghanistan and elsewhere, is the most successful model for intelligence production and support;

-- Flexibility, so team members no longer have to contend with organizational boundaries; and

-- Integration, as each center has interagency embeds from across the intelligence community and tight relationships with combatant commands and service intelligence centers.

“That's not the model that we had coming into the last decade of war,” he said.

Today, Flynn said, DIA’s Middle East-Africa Regional Center, in close coordination with U.S. Central Command, the Joint Staff, the Office of the Secretary of Defense, the Office of the Director of National Intelligence and the White House, is handling the DIA assessments of the Syria crisis.

“And I have the utmost faith that they have the right talent, the right tools and the right resources to get the job done,” he said.

The agency also has pushed more of its intelligence professionals -- collectors and analysts -- into the field to “thicken the edges,” the general said, ensuring that they and the agency have an appreciation and working understanding of developments across the globe.

“My constant drumbeat is to make the edge the center,” Flynn said. “The unique perspective of these officers in the field often made the crucial difference in our support to policymakers during the [al-Qaida] threats in Yemen, operations in Mali, instability in Egypt and certainly growing unrest in Syria.”

Recently, he added, feedback from an intelligence officer in a particular country went directly to the secretary of defense in advance of his talks to allies about instability in the Middle East.

As the United States finds itself with new national security crossroads to navigate, the general observed, DIA is focused on being in the right place at the right time.

Flynn said DIA’s role in the U.S. government’s response to the crisis in Syria has been intense and continuous from the beginning.

“In our agency we have over 6,000 civilians who have served in a combat environment in the last decade,” he said. “That's pretty extraordinary. Those that served in Iraq and focused on … al-Qaida, … but certainly on the Middle East militaries and the kinds of capabilities they have. They're worth their weight in gold right now.”

The Defense Intelligence Agency is deeply involved as a member of the community, the general added. DIA, he said, is part of “an integrated team supporting Central Command, European Command, Africa Command, certainly Cyber Command. And we also support the military planning that's going on at every level up to and including the Joint Staff.”

DIA also is involved on the policy side, he said.

“We have provided what I would call the nation's experts on chemical warfare to the State Department. They are today helping Secretary [John F.] Kerry negotiate that issue. They were called on a dime, and the individual I'm thinking about in this case absolutely jumped right into it,” Flynn said.

The crisis in Syria shows how rapidly a challenge from the list of global threats can bubble up to the surface and completely change the nation's course and commitment of resources, the general said.

Another such issue on the horizon, he noted, could be the tactical use of cyberattacks for strategic purposes.

“We are all aware of the cyber threat,” Flynn said.

Summit attendees spent a significant part of the afternoon talking about a range of cybersecurity topics, he said, from rogue hackers to insider threats to state-sponsored actors.

In May, the general added, appropriately at Pearl Harbor in Hawaii, Defense Secretary Chuck Hagel said in no uncertain terms that the destructive potential of cyberattacks has become the national security challenge of the age.

“While we grow ever more worried about threats to infrastructure in our increasingly wired society, DIA is increasingly focused on threats that can degrade our military capabilities,” Flynn said.

Militarized cyber weapons are a new world for DIA, he added, one in which the agency needs to understand the doctrine and intent of cyber foes to best manage the risk such enemies pose to the nation.

“DIA has been the all-source leader on enemy doctrine and discipline, order-of-battle research and offensive capabilities for more than 50 years,” Flynn said.

The agency is working hard with its intelligence community partners, he added, “to understand the security challenges that we face in our era.”