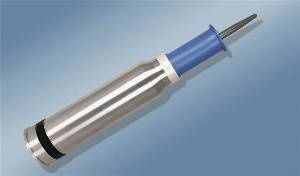 An international customer has awarded Rheinmetall a contract to supply it with practice tank ammunition. Now official, the order is worth around €20 million.

The DM78A1 and DM78A3 subcalibre practice ammunition will be delivered in two lots between 2016 and 2018.

The 120mm x 570 DM78 round is based on an innovative acceleration and replacement techology that enables an especially economical design. In addition, the DM78 is safe to fire in all the same climatic zones as the DM63 KE service round. The DM78’s very low pressure level results in negligible erosion, fostering extremely long barrel life. Moreover, the round can be used at any tank firing range that meets the safety standards required for its predecessors, the DM38 family and the DM48.

This new order underscores once again Rheinmetall’s clear technological lead in the field of large-calibre weapon systems and ammunition.