The course was successfully conducted from 23 November to 4 December 2015 in Poggio Renatico Air Base, Italy. It was organised by the European Personnel Recovery Centre (EPRC) at the request of six Member States contributing to the project.

Personnel Recovery (PR) is a vital element of modern operational planning as it provides a security net for deployed personnel. Most importantly, it boosts morale and acknowledges national as well as European Union responsibilities to effect the recovery and reintegration of isolated personnel deployed in the context of Crisis Management Operations under the Common Security and Defence Policy (CSDP).

The next EU PRCPC will take place in Karlsborg, Sweden, from 29 February to 11 March 2016 and will be organised by the Swedish Armed Forces.

The EDA PRCPC project was established on 30 May 2013 as an EDA Category B project under the lead of Sweden. As of today, it includes six contributing EU Member States (cMS): Austria, Belgium, Germany, Hungary, the Netherlands and Sweden. On 31 May 2015, the cMS agreed to extend the PRCPC Cat B project until 30 May 2017. The EPRC is a potential candidate for the continuation of the project.

The EPRC closely cooperates with the European Defence Agency. It was created on 8 July 2015 by seven nations (Belgium, France, Germany, Italy, Netherlands, Spain and the United Kingdom) with the aim of improving the four phases of Personnel Recovery (Preparation, Planning, Execution and Adaptation) by developing/harmonising the Personnel Recovery Policy, Doctrine and Standards through clear lines of communications with partners/stakeholders (nations and international organisations), and providing assistance in support of education and training, exercises and operations. 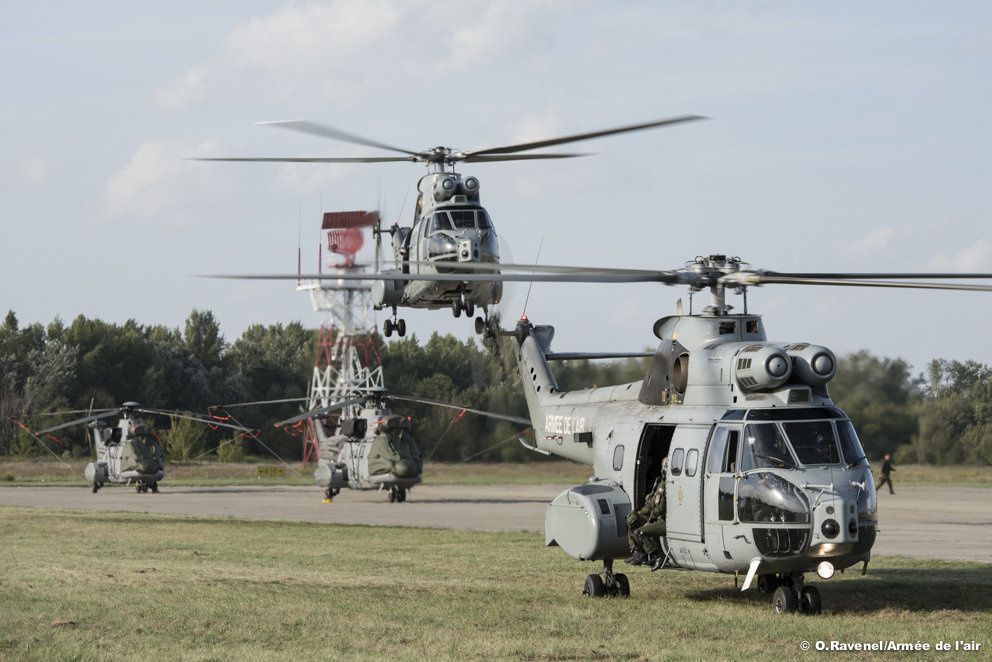 A total of 22 participants from ten nations (Belgium, Germany, Hungary, Italy, Netherlands, Slovakia, United Kingdom and Sweden plus Norway and the United States) attended the 2nd Personnel Recovery Controller and Planner Course (PRCPC) from 23 June to 4 July 2014 in Veszprém, Hungary.

This intensive two-week course - held for the first time at the Hungarian Air Force Air Command and Control Centre (ACCC) - aims at enabling participants to prepare, plan and execute Personnel Recovery Operations. Previous course participants and indeed all of the instructors have gained operational Personnel Recovery experience in various operations such as in ISAF in Afghanistan, Operation Unified Protector (OUP) in Libya and Operation SERVAL in Mali. “This course is indeed very helpful for our operational planning. The instructors are very experienced and motivated”, said course participant Captain Gábor Krenács from the Hungarian Air Force.

As well as the Hungarian staff instructors, a multi-national instruction team from Belgium, Germany, Netherlands, France, Sweden and the United States deployed to Veszprém in order to support the training and to evaluate the 2nd PRCPC. Staff were also sent from NATO associated entities and the European Personnel Recovery Centre (EPRC).

Major Tor Cavalli-Björkman, a Swedish instructor and the main initiator of this European project, is convinced: “Since we started, first with a series of four pilot courses in 2011 and then with the establishment of a CAT B project in 2013, we have all benefited tremendously from this multi-national training and information exchange.” The contributing Member States at the moment are Austria, Belgium, Germany, Hungary, the Netherlands under the lead of Sweden. The first course under the Cat B arrangement was conducted in February/March this year in Karlsborg, Sweden. Major Cavalli-Björkman also stressed that “this initiative increases the number of trained personnel available to support on-going operations as well as the EU Battle Group and national staffs.”

The initiative to standardise Personnel Recovery training emerged from the Project Team Personnel Recovery (PT PR) in EDA at the end of November 2010. Peter Round, Capability, Armament & Technology Director at EDA, stated: “I am most grateful that Hungary agreed to offer this opportunity and hosted it so successfully at its Air Command and Control Centre’s facilities. This initiative has made a significant contribution to Personnel Recovery capabilities in Europe.”

Major Konrad Ertl from the German Air Operations Command in Kalkar and Chairman of the PT PR said “We all, students as well as instructors, are deeply impressed of the tremendous effort the HDF and the Hungarian Air Force has put in to setting-up this course. The facilities at the ACCC in Veszprém are very suitable for this course. Also the professionalism and the very high dedication of the Hungarian Hosts to this course was amazing. Finally, we all benefitted from an outstanding learning experience while enjoying the great hospitality in Hungary. Overall this made it very easy for us to do what we do, so ‘that others may live – and return with honour’. ‘Köszönöm szépen’ (many Thanks) to the Host nation!”

An officer from the ACCC said: “It was not an easy job to organise and run the course, but with the unselfish help of our colleagues and with one of the best instructor teams I have ever seen we accomplished the mission.”

Mitigating the risk of isolation, capture, and exploitation