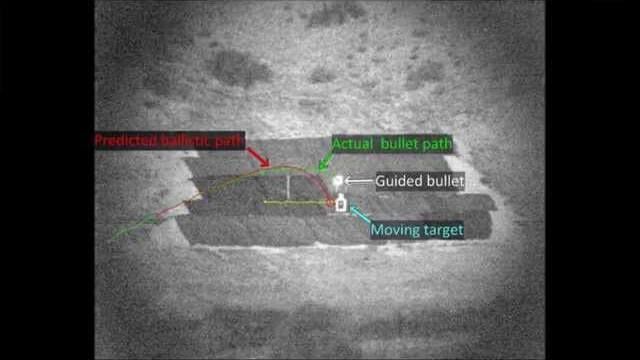 This video shows EXACTO rounds maneuvering in flight to hit targets that are moving and accelerating. EXACTO’s specially designed ammunition and real-time optical guidance system help track and direct projectiles to their targets by compensating for weather, wind, target movement and other factors that can impede successful hits.

U.S. military wants bullets that can change direction after being fired New .50-caliber bullets that can change direction after they have been fired could soon make U.S. military snipers more deadly, the American publication, the Stars and Stripes reports.

More from the Stars and Stripes article:

The EXACTO program — or Extreme Accuracy Tasked Ordnance — is being developed by California’s Teledyne Scientific & Imaging, LLC at the behest of the Defense Advanced Research Projects Agency, according to a DARPA video posted on YouTube.