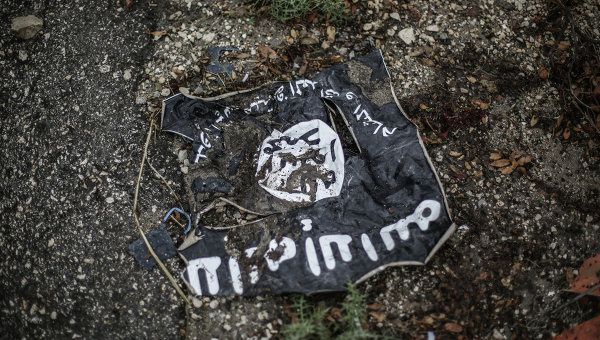 WASHINGTON — US warplanes have bombed a small drone used by Islamic State extremists in Iraq, marking the first time American-led forces had targeted an unmanned aircraft flown by the jihadists, officials said Wednesday.

The strike took place on Tuesday near the western city of Fallujah, destroying "a remotely piloted aircraft" and a vehicle with the IS forces, according to a statement from the US military command overseeing the campaign against the group.

The drone, used for battlefield surveillance, was "small-scale" and not a sophisticated aircraft equivalent to some US-made robotic planes that can fly at high altitudes or launch missiles, US defense officials said.

After flying the drone for a short period, Islamic State militants placed it on a vehicle. American aircraft then struck the vehicle near Fallujah, officials said.

The United States relies heavily on its own fleet of drones for air operations in Iraq and Syria, using them to bomb targets as well as provide intelligence on IS movements on the ground.

The Syrian regime said Tuesday it had shot down an American drone near the coastal province of Latakia and Pentagon officials acknowledged that a robotic aircraft had lost contact in the area.

The airstrike on the IS drone was among 11 carried out by US-led aircraft in Iraq and two conducted in Syria on Tuesday and Wednesday morning.

The strikes included five air raids near the western town of Ramadi in Iraq, with two IS-held bridges targeted along with a sniper position, an excavator and an IS "tactical unit," the military statement said.