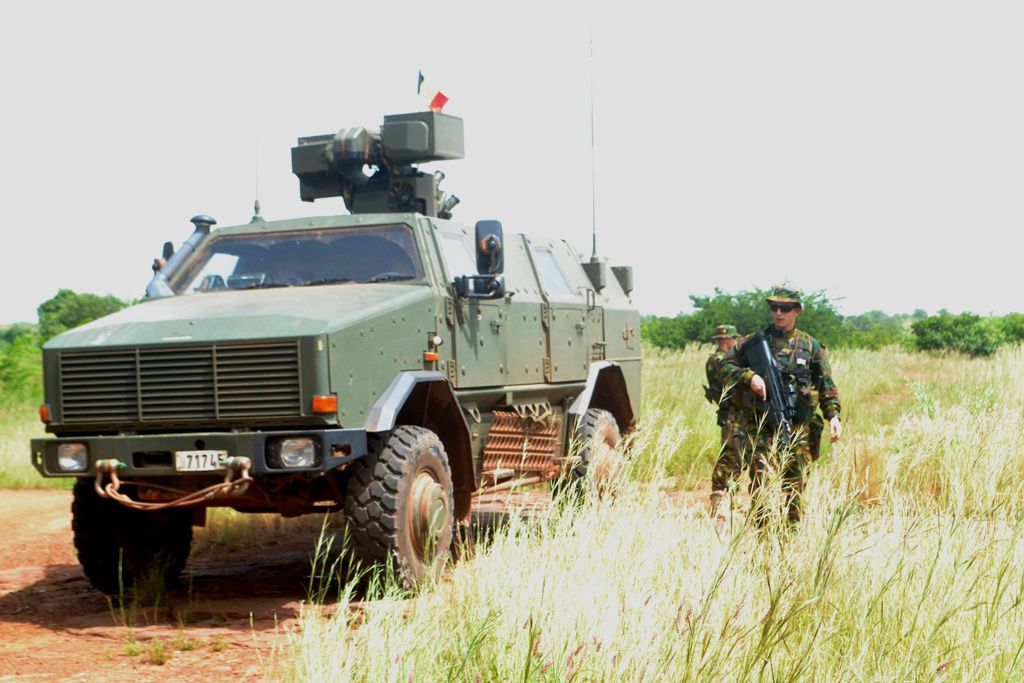 “The facilities delivered under this project will enable the Defence Force to maintain technologically advanced counter IED equipment, which will ensure our soldiers have the highest level of force protection when on operations.

“The ADF has been working to counter IEDs for many years and our personnel are among the best in the world at managing this threat.”

The facilities and infrastructure works have been referred to the Parliamentary Standing Committee on Public Works.

Due to the importance of these facilities, the Parliamentary Standing Committee on Public Works has agreed for works to be started at a number of sites around the country. Works at Edinburgh in South Australia, Watsonia in Victoria and Moorebank in NSW have already been completed and work at other sites is ongoing.

“The main element of the project is a specialised test and evaluation facility at Nurrungar, South Australia,” Mr Chester said.

“Defence has worked closely with local Indigenous stakeholders to ensure the work will not adversely impact culturally sensitive sites.

“Contracts for the facilities and infrastructure works will be tendered to the open market in due course and the Commonwealth’s Indigenous Opportunities policy will apply.

“This capital investment will bring economic benefits for industry in South Australia, New South Wales, Victoria and Queensland over the next 18 months.”

Subject to Parliamentary approval, construction at Nurrungar is scheduled to commence in mid 2015 and is expected to be completed by early 2016. The first of the British Army's new Foxhound vehicles have arrived in Afghanistan.

Foxhound is at the cutting edge of protected patrol vehicle technology and provides unprecedented levels of blast protection for its size and weight.

After being flown out from RAF Brize Norton in a C-17 aircraft, these patrol vehicles are currently undergoing final testing in the dusty and hot conditions of the Helmand desert before being deployed on operations later in the year.

Foxhound has been specifically designed and built in Britain to protect against the threats our troops face in Afghanistan. However, this is an agile and versatile vehicle that will be a mainstay in the Army for years to come.

Being lighter and smaller than other protected vehicles such as Mastiff and Ridgback, Foxhound brings a whole new capability to the Army and is ideal for soldiers operating in mentoring and partnering roles as it makes it easier for them to engage with Afghan National Security Forces and the local Afghan population.

General Dynamics Land Systems: Force Protection Europe (GDLS:FPE), who produce Foxhound, have worked with engineers from the World Rally Championship, McLaren F1, Ricardo and BMW to incorporate Formula One racing technology so it has a top speed of 70mph (113km/h), but can still protect against improvised explosive devices thanks to its v-shaped hull.

The MOD is also able to confirm today that a £90m contract for an additional 100 Foxhounds has been signed. It means a total of 300 vehicles will now be delivered to the Army as part of a deal with GDLS:FPE worth £270m that is sustaining around 750 highly-skilled jobs across the UK.

Other innovative design features mean that the Foxhound's engine can be removed and replaced in just 30 minutes and it can drive away from an ambush on only three wheels.

"Foxhound's arrival in Afghanistan is great news for our soldiers. This Government has spent £270m on 300 of these hi-tech, British-built vehicles to help keep our troops properly protected. Our servicemen and women deserve the best protection we can get them."

"Foxhound gives the British Army the very latest level of protection on operations. This has been a well-run programme that will play a key role in equipping the Army of 2020."