The UK is to deploy about 350 military personnel to Mali and West Africa to support French forces, No 10 has said.

This includes as many as 40 military advisers who will train soldiers in Mali and 200 British soldiers to be sent to neighbouring African countries, also to assist with training.

An international donors' conference in Ethiopia aims to finance the budget for the campaign, set at $950m (£605m).

Downing Street has repeatedly insisted there is no question of British units getting involved in fighting - but Labour has called for further clarity on what part the UK might take in the French-led mission.

Defence Secretary Philip Hammond has been updating MPs on the latest deployments in Mali in the House of Commons.

The UK is already sending a C17 transport plane for three months and an RAF Sentinel surveillance aircraft.

Number 10 said it would also allow the US to operate air refuelling flights out of Britain.

And it offered a roll-on, roll-off Merchant Navy ferry to help transport equipment to the French force in Mali. It would dock at a port in a West African state to enable the kit to be moved across land to Mali.

The UK has also offered to set up a combined joint logistics HQ in Mali, however so far the French have declined this offer.

A Number 10 spokesman said the UK government was doing what it could to support the French military intervention, "contributing to both Malian training and training forces that are involved in providing a regionally-led approach".

French-led troops are consolidating their position in the historic Malian city of Timbuktu after seizing it from Islamist extremists.

In Brussels later, defence officials are set to discuss details of the planned European Union-led training mission to build up the Malian army.

The BBC's Norman Smith says the British team of 40 military advisers is expected to be sent to Mali "fairly urgently".

Number 10 is also considering who will provide "force protection" for the military advisers.

At present, it is envisaged the force protection will not be provided by British soldiers. It is possible existing French forces in Mali could be used.

Separately, deputy national security director Hugh Powell is to discuss the potential UK contribution at an international donors conference for Mali hosted by the African Union in the Ethiopian capital, Addis Ababa.

Meanwhile, the UK's national security adviser, Sir Kim Darroch, was in Paris on Monday to discuss what further help the UK could provide to France's operation to drive Islamist militants from its former colony.

Mr Cameron has said the UK is ready to offer logistical, intelligence and surveillance help to France.

Islamist militants took the north of the country last year, but have been losing ground since French forces launched an operation earlier this month.

Shadow defence secretary Jim Murphy said it was important the UK supported the mission in Mali, but it is "not for us to put combat troops on the ground".

"We have to be very clear about how long we intend to be there [and] what it is we're seeking to achieve, so that the public, who are wary and weary after Iraq and Afghanistan, don't say 'Oh not again'," he said.

It could take "years" for the British troops to make a difference to the "ill-trained" Malian army, he said.

"I suspect the strategy [in Mali] will be to guarantee the cities are safe so that Islamists are kicked out and then let time do its work."

The former head of the Army, General Sir Mike Jackson, backed the government's position but warned that nations involved may face a "protracted guerrilla warfare".

"It doesn't really surprise me that the British government feels it needs to be seen to be helping," he told the BBC Radio 4 Today programme. Britain is prepared to take the risk of sending a "sizeable amount" of troops to Mali and neighbouring West African countries as David Cameron offers strong support to France in its operation to drive Islamist militants from its former colony.

Cameron despatched Sir Kim Darroch, his national security adviser, to Paris on Monday to discuss what help Britain could provide. Government sources said decisions on troop deployments were expected to be made in the coming days as France confirms its exact requirements. One source said that Britain could easily dispatch 200 troops if France requested such a number.

Britain is prepared to provide hundreds of troops to help the operation and is considering a few options:

• Forming part of an EU military training mission in Mali. The British contribution to this would be in the "tens", according to Downing Street.

• Training troops from the Economic Community of West African States (Ecowas) in neighbouring countries for possible operations on Mali. This is likely to be the main focus of Britain's contribution because Ecowas members include many countries with strong links to Britain. British troops could be used to train Nigerian forces.

• Providing "force protection" for the trainers. This would be armed protection but would not amount to a combat role.

Downing Street is adamant that British troops will play no part in combat. A spokesman said: "We have the capability and capacity to do that. We have the ability to contribute a sizeable amount if required." Britain initially put two RAF C17 transporter aircraft at the disposal of France for the transport of troops and material to Mali. One of these is still dedicated to the Mali mission. Britain has also sent one RAF Sentinel surveillance and reconnaissance aircraft to Senegal to help with the mission. The Guardian reported last week that a small number of British special forces soldiers were on the ground in Mali advising the French.

The help from Britain came as the mayor of Timbuktu spoke of a "devastating blow" to world heritage after insurgents torched two buildings that held the city's manuscripts, some of which dated back to the 13th century. The manuscripts that survived the fire were reportedly taken away by the rebels.

Hallé Ousmani Cissé said al-Qaida-allied fighters on Saturday also burned down the town hall, the governor's office and an MP's residence, and shot dead a man who was celebrating the arrival of the French military.

French troops and the Malian army reached the gates of Timbuktu on Saturday and secured the town's airport. But they appear to have got there too late to rescue the leather-bound manuscripts that were a unique record of sub-Saharan Africa's rich medieval history. The rebels attacked the airport on Sunday, the mayor said.

"This is terrible news," Cissé said. "The manuscripts were a part not only of Mali's heritage but the world's heritage. By destroying them they threaten the world. We have to kill all of the rebels in the north."

On Monday French army officers said French-led forces had entered Timbuktu and secured the town without a shot being fired. A team of French paratroopers crept into the town by moonlight, advancing from the airport, they said. Residents took to the streets to celebrate.

Downing Street said Cameron made his offer of further help in a telephone call with Hollande on Sunday evening.

The spokesman said: "On Mali the French president gave an update on the progress that Mali and French forces have been making. He also thanked the prime minister for the transport assistance which the UK has provided.

"The prime minister made clear that we fully support the French government's actions working with the Malian government at their request to deny terrorists a safe haven in Mali. The prime minister went on to explain that we are keen to continue to provide further assistance where we can, depending on what French requirements there may be.

"With regard to that, the UK national security adviser is in Paris today for discussions with French authorities on what further assistance we may be able to provide to them."

The spokesman said Britain's position on having no combat role in Mali remained "absolutely unchanged". But he said No 10 was prepared to provide more help "around logistics, intelligence and surveillance support".

He added: "It is very much discussing about what more we may be able to do, subject to requests from the French government. We very strongly support the French intervention. If there is more we can do we are keen to do what we can to help within the sphere of what the prime minister set out very clearly previously in the House [of Commons]." 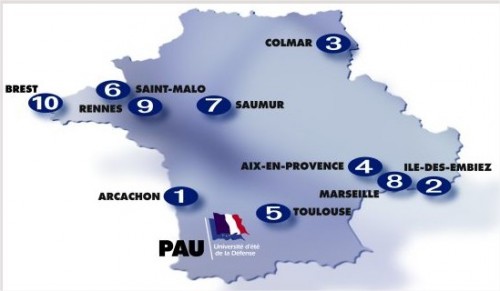 The war in Mali has raised questions about air transport issues in France. Here is a brief passage from an Aviation Week article on the A400M and the subject in question, along with a link to the full article below:

France has ordered 50 A400Ms to be delivered starting this year and will be the first nation to receive the new strategic airlifter. Last year, Airbus Military was set to begin A400M deliveries to the French air force in November 2012, well ahead of the contractual deadline in March, but the program was massively restructured in 2009 due to major development delays.

In September, the first two A400M deliveries were shifted to the second quarter this year related to engine issues that have since been resolved. Function and reliability trials took place in December and the aircraft is due to fly again early this year. Airbus Military is now planning four A400M deliveries in 2013, three to France, one to Turkey.

In October, when Paris began hinting at a Malian intervention, lawmakers questioned the readiness of the air force’s strategic transport capability.

“Where is the A400M?” Philippe Folliot asked French armaments agency (DGA) Director Laurent Collet-Billon during testimony before the defense commission in October. “Can deliveries be accelerated, if only to avoid having extend the life of our old Transall?”

Collet-Billon said that by June the air force should begin crew training and planning for pre-operational capabilities. 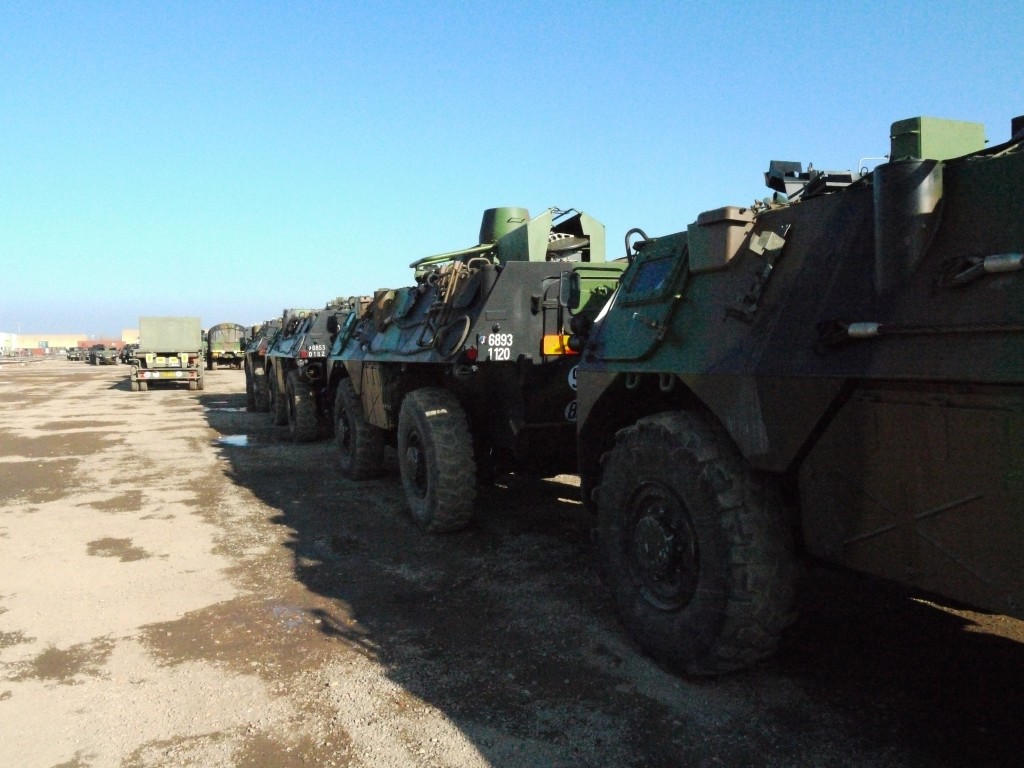 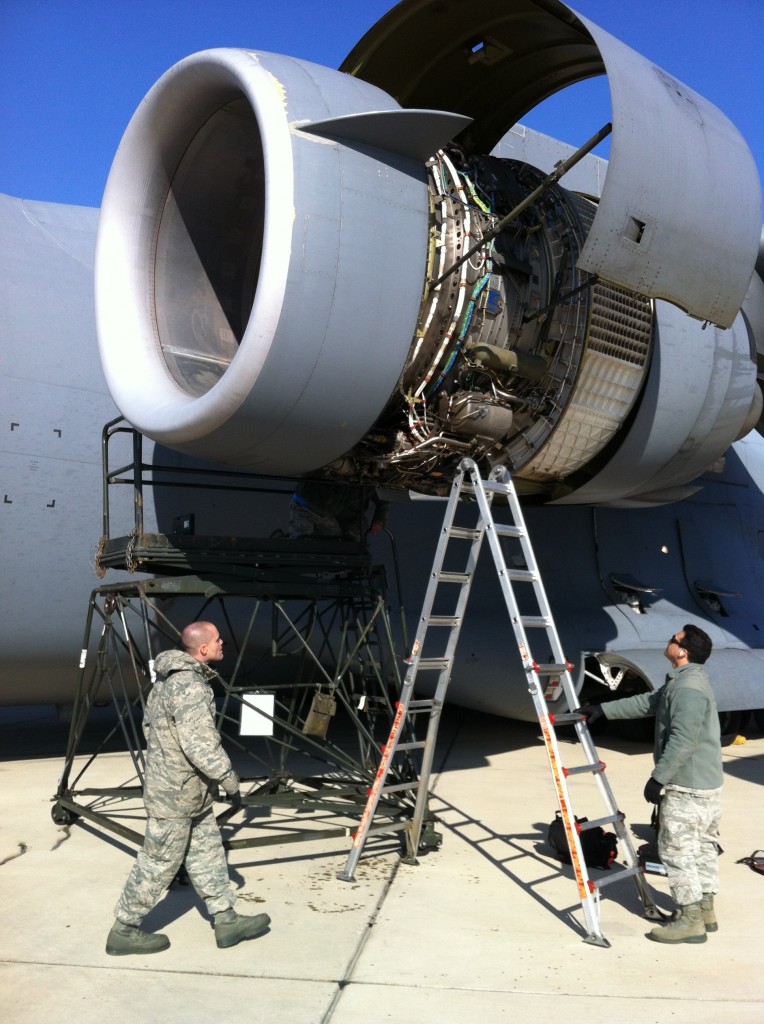 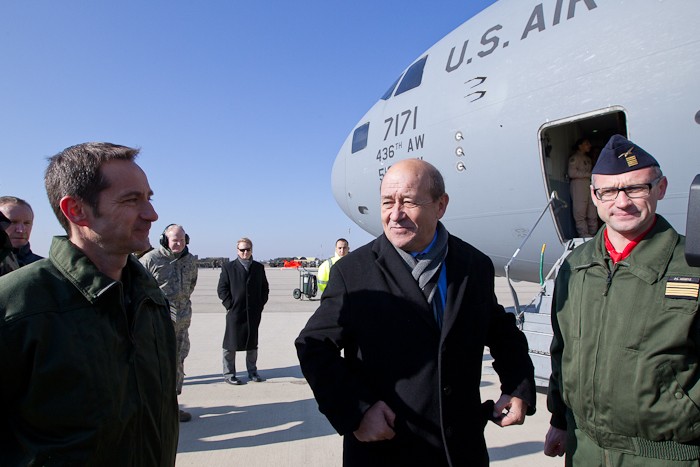