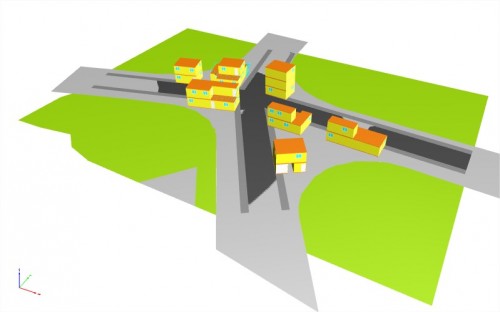 On Wednesday, 14th November, Antoine Bouvier, the Chief Executive Officer of MBDA, laid the first stone of France’s future demilitarization facility which is to be built at MBDA’s Bourges Subdray site. Representatives from both the civil and military authorities were present at the event. Before the end of 2013, this facility will become operational at which point it will be capable of dismantling annually 2,500 tonnes of various types of sensitive munitions, notably missiles. It will permit the maximum recuperation of waste products which will be sorted, re-used or recycled in full accordance with French and European standards. Only those waste elements comprising energetic material will be incinerated in the thermic treatment unit.

This new complex weapons demilitarization capability will allow MBDA to extend its portfolio of activities and to offer to its military customer base, the full life cycle management of their products from conception through to destruction.

Around 12 million euros are being invested in this activity which should create around 20 direct jobs at the Bourges Subdray site.

Marking the occasion Antoine Bouvier stated: ”In championing Europe’s missile sector and as a world leader, MBDA is committed to creating firm and lasting partnerships with its domestic and export customers. These customers are not only looking for guaranteed security of supply and support for their equipment, they are also recognizing more and more the need to ensure the necessary safe treatment of their complex weapons at the end of their service life. With this new industrial installation we are showing our desire to further reinforce the partner relationship that we have with our military customers”.

In constructing this facility, MBDA is responding to France’s desire to establish an industrial capability for dismantling munitions at the end of their life and for this to be done on national territory in order to guarantee the protection of its product confidentiality while always respecting the safety and environmental norms linked with this activity. This commitment was underlined in a contract calling for the destruction of 36,000 complex munitions between now and 2017, a contract which was won by MBDA in November 2011 following a tender issued by NSPA (NATO Supply Procurement Agency) at the request of the French Ministry of Defence. Parliament member François Cornut-Gentille made the recommendations in a special report on the 2013 defense budget, published Nov. 2 by the finance committee of the National Assembly, the parliament’s lower house.

In parliamentary debate, Cornut-Gentille said Nov. 7 that French military spending is closer to 1.5 percent than 2 percent of the gross domestic product, which risks downgrading the armed forces.

“The risk is all the greater that we maintain — on paper — capabilities we are, in reality, in the process of losing,” he said.

A review of nuclear weapons is needed; otherwise the deterrent becomes a modern-day Maginot Line, Cornut-Gentille said. Building and maintaining the Maginot Line in the 1920s and 1930s consumed much of defense spending, starving French forces of funds for modern equipment. It also rooted doctrine in static defense, which proved useless when the German Army swept into France in May 1940.

If the government sticks to its policy of avoiding a real increase over inflation, this will lead to a funding gap of 50 billion euros ($60 billion) from the 420 billion euros recommended for 2009-2020 in the 2008 defense white paper, said the report, titled “Defense: Prepare for the Future.”

Savings from a planned annual 8,000 job cuts and the government’s severe budgetary constraints mean the spending trajectory in the previous white paper will fall by the wayside, the report said.

“The gap expected between the predictions of the previous white paper and their execution calls for a thorough review of our defense policy, the missions and the means,” the report said.

Cutting orders and delaying programs will not save enough money, and the author recommends a number of proposals, including simpler gear.

“A review is needed on the nature of the equipment we deliver to our armed forces, and the suitability of this materiel to their requirements,” the report said.

The present policy consists of acquiring multipurpose, very high-technology kit, leading to a race for sophistication that sometimes hits the limits, the report said.

“In certain areas, less complex, indeed more rustic equipment could allow the missions to be accomplished, at lower cost as much for their acquisition as for maintenance over their service life.

“And finally, a too-high level of complexity could be a brake on exports of this equipment in the aerospace and naval areas,” the report said.

Another source of savings is the 5.5 billion euros spent on maintenance. Naval company DCNS is the only company providing maintenance for frigates, nuclear-powered submarines and the aircraft carrier Charles de Gaulle, while in aerospace, Dassault and Thales dominate.

Opening up competition could save 30 to 40 percent, the report said, quoting the national audit office.

A pooling between ministries of the Airbus A400M airlifter, due to enter service in 2016, and the A330 multirole tanker transport in 2018 would avoid leasing costs and deliver greater service, the report said.

A pragmatic European sharing of equipment, initially bilaterally and then multilaterally, could cut costs, the report said.

The report points to a linking up of French and German medical services and the Combined Joint Expeditionary Force set up in the Anglo-French Lancaster House treaty.

Cooperation with London on maritime patrol aircraft and an anti-ship missile should be among the common programs, the report said.

Selex UK and other companies in Britain sidelined by a planned Anglo-French consolidation in the missile sector are pushing London to launch the Future Air-to-Surface Guided Weapon (Heavy) program without Paris, the report said. The bilateral industrial restructuring, dubbed One Complex Weapons, is based on launch of the FASGW program.

On bilateral cooperation with London, Collet-Billon said, “The evolution of Anglo-French relations is realistic and pragmatic. We feel there are no second thoughts. The British are in a waiting phase concerning our budgetary choices.”

As for the nuclear deterrent, Cornut-Gentille cited the Maginot Line, which “froze military doctrine and slowed down modernization of our industry.”

France spends an annual 3.4 billion euros on the deterrence, compared with annual equipment procurement of about 10 billion euros. That level of spending called for open debate on whether the money was effectively spent on the delivery systems and was not an attack on the deterrent itself.

The parliamentary report called for “new structures which could help the review of our defense in an innovative and uncompartmentalized way.”

The government has called for an update of the defense white paper report, due to be published by the end of the year. 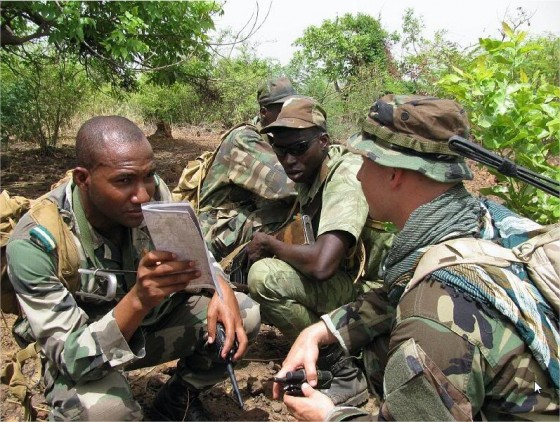 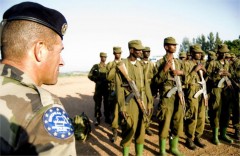 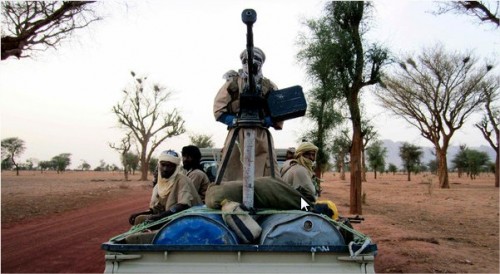 On 5 November Cassidian CyberSecurity, a subsidiary of Cassidian (EADS Group) and Fondation Télécom signed a strategic partnership agreement. The cyber security specialist will participate in the development and support of Fondation Télécom's programmes, thus taking an active part in fostering innovation and the training of cyber security experts at the Telecom schools incorporated in the Institut Mines-Télécom.

Under this three-year agreement, Cassidian CyberSecurity – which attaches particular importance to promoting higher education and to research into information and communication science and technology – will support general-interest programmes offered by Fondation Télécom with regard to training, research, innovation and long-term planning, by providing them with additional resources to assist the telecommunications schools in their long-term international development on a lasting basis.

As a key player in the market for the security of government IT networks, critical infrastructure and strategic industries, Cassidian CyberSecurity is actively committed to training tomorrow's cyber security experts.

For Jean-Michel Orozco, CEO of Cassidian CyberSecurity: "It is important for our company to be at the centre of considerations concerning the future of digital society. This partnership with Fondation Télécom reflects our commitment to boosting innovation and training tomorrow's managers to the highest level. Fondation Télécom's desire to become a world leader in Information and Communication Technologies is fully in line with the dynamics that drive Cassidian CyberSecurity. It is therefore completely natural that we would want to join forces in tackling these challenges of technology."

In the words of Fondation Télécom's President Guy Roussel, "The advent of such a major security systems player as Cassidian CyberSecurity brings additional digital expertise to the Foundation's pool of partners in this area of great strategic importance to our activities. It will further enrich the quality of the programmes offered by the Fondation, keeping our schools and research laboratories at the cutting edge of global competition."

Cassidian, an EADS company, is a worldwide leader in global security solutions and systems, providing Lead Systems Integration and value-added products and services to civil and military customers around the globe: air systems (aircraft and unmanned aerial systems), land, naval and joint systems, intelligence and surveillance, cyber security, secure communications, test systems, missiles, services and support solutions. In 2011, Cassidian – with around 28,000 employees – achieved revenues of € 5.8 billion. EADS is a global leader in aerospace, defence and related services. In 2011, the Group – comprising Airbus, Astrium, Cassidian and Eurocopter – generated revenues of € 49.1 billion and employed a workforce of more than 133,000.

About the Fondation Télécom

The Fondation Télécom is a foundation bringing together businesses and graduates who wish to work alongside the Institut Mines-Télécom in order to take up the new industrial, economic and societal challenges of the Digital Society and to support the Télécom schools in their development. It supports and finances the schools' programs and projects initiated together with its partners (including the Founding Partners Alcatel Lucent, BNP Paribas, France Télécom-Orange, Google and SFR) in the areas of training (grants, open innovation program for students), research (financing for theses and post-doc research), innovation (support for start-ups) and forward planning (Digital Future Think Tank). 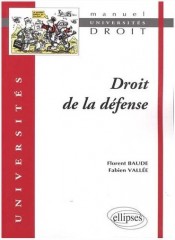 Elements of 3 Commando Brigade Royal Marines conducted a WADER training package on the French Island of Corsica. The exercise saw British servicemen, train alongside their French counterparts in amphibious landing techniques from British craft and French craft. The training took place off Solenzaro Beach in Corsica as part of Exercise Corsican Lion. 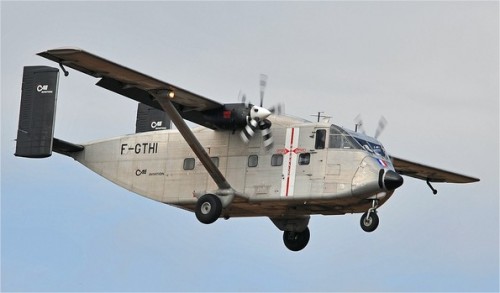