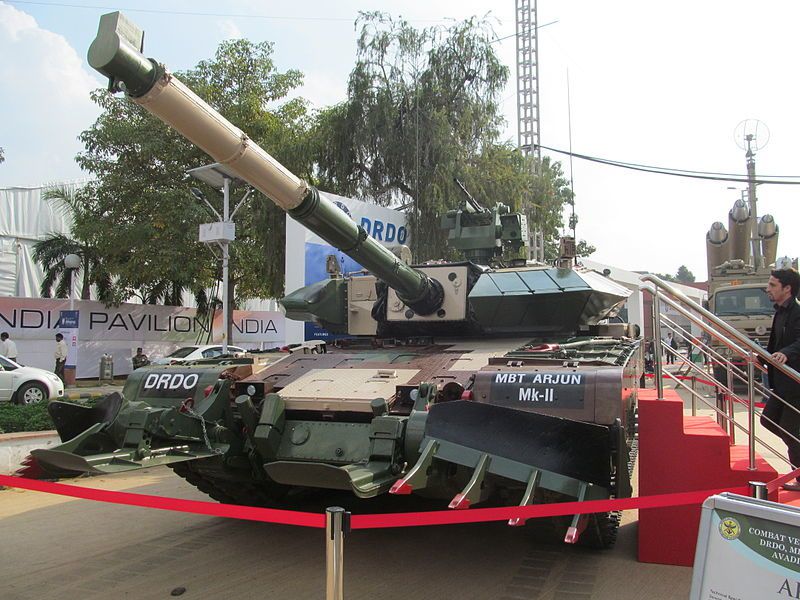 The domestically produced Arjun Tank beat the Russian T-90 tanks hollow in the field trials, but it may again miss the date for its delivery to the Indian Army in 2015, because of the new conditions slapped by the Indian Army procurers every time the state-run DRDO (Defence Research and Development Organisation) came forward to declare ready its production.

On the recommendations of the Army, the Defence Ministry has kept demanding newer and newer additions in the Arjun Tank Mark-2 that its total weight has gone up and now DRDO is being posed the challenge to reduce its weight. The new challenges are thrown at DRDO every time trial of its tanks were completed against the order placed with it in 2010 for producing 124 such tanks.

When the trial was over, a new demand was made that the Army needs night vision device on the gunner side of tanks. The Chennai-based Heavy Vehicles Factory of DRDO complied with the demand, the Army sought a similar device also on the commander side. That too was complied with when a fresh demand came to install 120mm gun for anti-tank guided missiles. The gun was fitted when the demand came that it should be rather a laser gun.

Since the laser guns are not produced indigenously, DRDO bought them from Israel and installed them. The Army, however, rejected these guns for too much smoke it produces and sought more changes. An insider says as many as 72 technical changes have been incorporated by DRDO since I got the original order in 2010. The Defence Ministry insists that all these changes were felt necessary to have a most modern tank with the Army, but those in DRDO now smell a deliberate attempt to browbeat the public sector company to give up and let the government import the tanks from abroad.

Nobody in the Defence Ministry is ready to listen that so many changes have made the tanks costlier and heavier and hence the designs will have to be reworked to reduce price and weight and hence DRDO cannot make the delivery on time as announced by Defence Minister Manohar Parrikar without understanding the politics that goes on in the ministry.