The closing ceremony for Exercise Amani Africa II was held on 8 November at the Lohatla Combat Training Centre in the Northern Cape, with President Jacob Zuma declaring the rapid deployment capability of the African Standby Force (ASF) ready to go. Some 5 000 troops from numerous African Union countries took part in one of the largest military exercises ever held in South Africa. 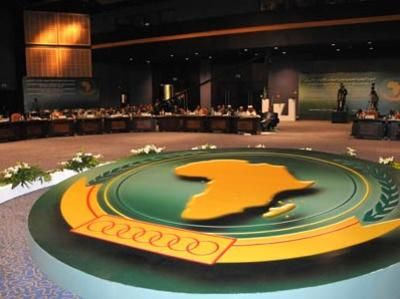 None of the three – to the Democratic Republic of Congo (DRC), Sudan and in the Mozambique Channel – are new. All three see South African airmen, medics, sailors and soldiers stand alongside uniformed counterparts from Africa and other parts on the world in either peace support or peacekeeping missions (DRC and Sudan) and keeping territorial waters safe from pirates (Mozambique).

Zuma yesterday (March 31) informed Parliament of the “extended employment of troops” according to a statement issued by the Presidency.

A total of 1,388 SANDF members will find themselves in the DRC between now and March 31 next year serving “in fulfilment of international obligations of the Republic of South Africa towards the United Nations”. The Presidential statement indicates all will be part of the Force Intervention Brigade (FIB), operating under the MONUSCO umbrella in the strife-torn central African country. According to the UN there are currently 1,322 uniformed South Africans in the overall MONUSCO mission.

The SANDF will between now and March 31 next year ensure 850 SANDF members find themselves in Darfur, Sudan, as part of the hybrid AU/UN UNAMID force. This deployment is also “in fulfilment of international obligations” and will cost R369,079,895 for the 12 months.

South Africa is the lead country in this deployment supplying a naval platform as well as aerial support and the associated manpower. The next 12 months of Operation Copper cost R 127,027,773.

The UN mission in the DRC – MONUSCO - is the largest of its 16 peacekeeping missions internationally with troop, police and military expert contributions coming from 55 countries. There are currently 21,067 of these in the DRC at present according to the latest UN statistics. Countries are literally an A (Algeria) to Z (Zambia).

In Sudan, South Africans find themselves alongside soldiers, police and military experts from 43 other countries in a total combined AU/UN force of 15,863. UN statistics indicate there are currently 783 South African soldiers in the country.

It appears unlikely Roelf Meyer’s Defence Review with be tabled in Parliament before it rises ahead of the May election, even though it is on the agenda for a Defence and Military Veterans Portfolio Committee set down for Friday.

“I am pleased with the overall plan that has emerged to address the various limitations, including on the issues of budgets, currently affecting our ability to take proper care of our soldiers. Much consideration and time has been put in this work as we have now reached the final stages for Cabinet approval.

“It is my view these should be finalised, in the context of the current Defence Review, before the end of the term of office of this government,” he said at AFB Bloemspruit on February 21.

The current session of Parliament, the last of the fourth Parliament of the Republic, is set to end on Friday the day after Zuma is due to answer questions from MPs in the house.

That is the day the Portfolio Committee will deliberate for four hours over a single agenda item – “Briefing by the Defence Review Commission on matters relating to their review of defence policy”.

Former Defence and Military Veterans Minister Lindiwe Sisulu, under whose leadership Roelf Meyer’s committee was established to review the national defence policy as regards the structure and operations of the SANDF, the role of the local defence industry and Armscor, the State’s security acquisition agency, wanted the Review tabled in Parliament in October 2012.

Her successor, Nosiviwe Mapisa-Nqakula, last month said: “The work of the Defence Review Committee is nearing completion. The Review is only awaiting Cabinet approval and if its vision for the defence force is accepted, then this leadership should stand ready for its implementation. The Review will inform the role, shape, design and trajectory of the SANDF for the next 20 to 30 years”.

DA shadow defence and military veterans minister, David Maynier, maintains “there is no prospect the Review will be adopted by the fourth democratic Parliament”.

“This means the SANDF will be in a holding pattern for a significant period, at least until late 2014/15.

“The real problem with the Review is the flawed process. The final document does not contain a fully costed force design with buy-in from all stakeholders, including National Treasury. This I see causing further delays in the adoption process when the fifth democratic Parliament starts work,” he said.

One of the proposals in the Review is to do away with Armscor in its present form and establish an acquisition department reporting to the Secretary for Defence.

The friction between the Minister and the acquisition agency has now reached the Constitutional Court following Mapisa-Nqakula’s summary dismissal of chairman “Mojo” Motau and his deputy Refiloe Mokoena last year. They were reinstated after taking the matter to the north Gauteng High Court. This, in turn, saw an appeal to the Constitutional Court lodged by the Defence Ministry.

The matter was heard on February 17 and judgement has been reserved.

The judgement, when it comes, will come under the purview of the new Cabinet expected to be announced within days of the May 7 elections. This, along with the future of the Defence Review, are now effectively on hold for the next three months.