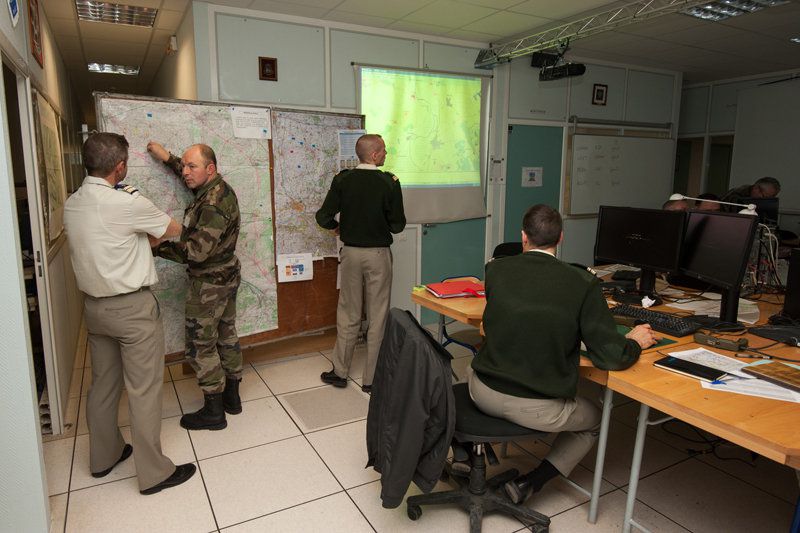 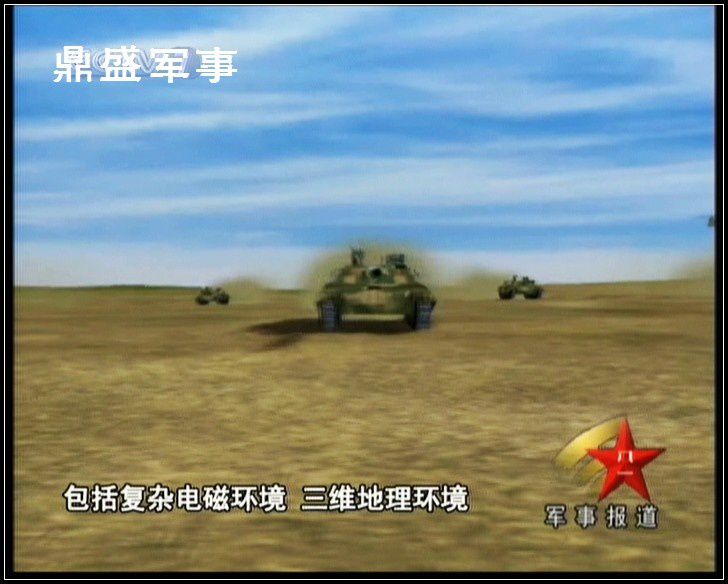 China surprised Western military professionals in 2009 when Chinese media ran stories, with photos, of Chinese developed professional wargames in action. The photos and text included enough detail for Western military wargamers to discern what was going on. The wargame shown was the TCCST (Tactical Command and Control Simulation Training System), and it was being used by members of the 6th Armored Division for a training exercise. It's a typical "blue versus red" (where "red" is the good guys and "blue" is the enemy) type game but few in the West expected China to be developing and producing stuff like this on their own. Over the next few years more Chinese wargames for media attention, if only because these were now widely used in the Chinese military and there was no point in trying to keep them secret.

The Chinese games looked comparable to simulations used by U.S. troops, and those of other Western nations. The United States has been the leader in this field, and since the late 1990s professional wargames have absorbed much of the graphics and realism commercial games (not just wargames) have developed. It's obvious that the Chinese have adopted much of the technology available in the West and stuff that commercial game companies have created. Since the late 1990s there have been a growing number of commercial wargames available that are useful for training battalion and brigade commanders, but designed mainly for a civilian gamer market. Some of these were designed by active duty and retired military personnel, and some are used by professionals, as well as civilians, interested in military affairs. The same thing was happening in China, where computers became enormously popular (and increasingly common) after 2000. China banned (until recently) game consoles so if Chinese wanted wargames they had to be written to run on PCs. The Internet spread even faster than PCs in China and young officers were soon in tough with their civilian peers discussing how to adapt civilian wargames for military use.

During all this China reinvented a lot of wargaming technology, largely because while wargames were an ancient Chinese military planning tool all that knowledge had been dismissed by the new communist government that took over in the late 1940s. During the “Cultural Revolution” from the mid-1960s t0 mid-1970s all professional military education was shut down, in part because if was considered “counter-revolutionary.” When China cast aside that revolution in the late 1970s and decided to adopt a market economy (while keeping the communist police state) all resources were devoted to economic development and the military budget was cut. It wasn’t until the early 1990s that military education for officers and planners was resumed and at this point it was realized that the West had done great things with wargaming.

China had revived military staff analysis capabilities in the early 1990s and one of the first things studied was the 1991 Gulf War. The results of that study horrified Chinese military and political leaders. It was now obvious that the West had used modern technology, new training techniques and wargaming to create armed forces of unprecedented capabilities. From this point on China decided to reform their armed forces to be able to do what the Westerners did in 1991. One of the more obvious results of that are Chinese troops wearing combat uniforms similar to those of Western troops and Chinese made weapons that were also similar. What got little attention in Western media was the rapid development of effective wargames. In part this was because the Chinese began with nothing. The communists had eliminated their own wargaming past and the easiest examples of wargames to copy were from the West. The Chinese were helped by the fact that the U.S. Army had abandoned traditional wargames from the late 1940s to the mid-1970s and also had to start from scratch, using commercial wargames (which had become a hobby in the late 1950s) to revive their professional wargames program. Although the U.S. tried to prevent the Chinese from getting these wargames by declaring them “munitions” and thus illegal to export to China, there were plenty of other ways for China to send someone into a store and just buy them and get them shipped back to China one way or another.

The officers put in charge of developing Chinese wargames were smart guys with a technology background. They had one major advantage in that traditional Chinese wargames were always heavily influenced by what the senior commanders wanted, not what the situation really was. The new Chinese wargames were developed by officers who were scientists and their games were based on reality. The senior officers respected that as did the senior political leaders. All this was kept secret because the higher level (strategic) games showed that China was weak and vulnerable. But Chinese leaders used their wargame results to more effectively rebuild Chinese military power. The main reason China has not become a military superpower by now is the long tradition of corruption in the military continues to resist efforts to eliminate these bad habits.

Westerners were not surprised that the Chinese obtained, and adopted, Western wargames technology, but were unclear about what reality the Chinese were simulating. Put simply, that means how effective were Chinese and Western weapons, equipment and, most importantly, the subordinate leaders whose effectiveness is built into the game, portrayed.  Some Western games allow the users to set these qualitative values at different levels. But Westerners knew that in East Asia in general free (let the chips fall where they may) play is not acceptable to most senior military commanders. There's more a tendency for the generals to want their forces to be portrayed in a positive light. So there were suspicions that the Chinese forces are portrayed, in their wargames, as more powerful than they actually are. This would be consistent with the large scale military exercises are organized, where the good (Chinese) guys are programmed to win. It was only recently that it became known that the Chinese wargame developers had managed to avoid that trap.

Winning and losing is not the main goal of professional wargames, or military exercises. The Department of Defense has always insisted that wargames are not to be used, "to validate courses of action or specific tactics and techniques." In other words, testing tactics or "fighting to win" is not allowed, or at least not encouraged. Despite the generally accepted idea that a wargame is a competitive exercise, this is not the way it works in the Pentagon. The higher level wargames tend to be driven by procedures, not a war of wits on a simulated battlefield. While this sounds absurd, it's a long used practice. There is a purpose to this approach, and that is to make sure the hundreds, and sometimes thousands, of officers involved planning and carrying out a major operation, know the many procedures required to get such a large organization functioning smoothly. In effect, this kind of "wargame" is used to see if everyone can follow the same script. Winning or losing is measured by how well everyone communicates and executes administrative drills. Or, as the military puts it, the main objective is to perfect ones "tactical decision making process" (TDMP). Thus much Department of Defense wargaming results in showing our commanders and staffs how to lose neatly, rather than how to scrape and scramble to a victory. Real world battlefields favor the latter, peacetime perfectionists favor the former. Military training for officers concentrates on learning procedures, not investigating different, and perhaps better, tactics.

Thus it would appear that the Chinese wargames showing up in Chinese media were more about training staff officers to work together effectively. Other screen shots show games similar to Western wargames that operate more at a tactical level. No doubt Chinese troops, and junior officers, like their counterparts in the West, were using commercial wargames that showed what looked like battlefield video. These began showing up in the late 1990s giving the Chinese military plenty of time to incorporate them into official tactical training wargames.

The Chinese now use their wargames in much the same way Western armies do. A lot of wargaming is just to train staffs and commanders to work together while at lower (tactical) levels officers and troops learn tactics and what to avoid in combat.