Special Operations: JSOC In The Shadows 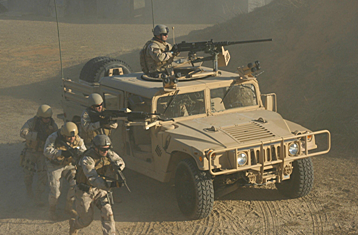 One of the least publicized organizations active in counter-terror operations is the U.S. Joint Special Operations Command (JSOC). Formed in 1980 in the aftermath of a failed mission into Iran to rescue American embassy personnel being held captive there, JSOC was meant to eliminate the coordination problems between the services that were found to be the main reason the Iran rescue mission failed. But until the 1990s JSOC didn’t have much to do and was pretty much a headquarters with no combat troops to command. That changed in the 1990s as the CIA began to suffer from the 1980s move (demanded by Congress and media driven public opinion) to get out of the spying (using people on the ground) business. The CIA found that relying on satellite and aircraft surveillance did not get the job done. It was found that using Delta Force and SEAL commandos for CIA and other intelligence operations worked. This makes sense, because there were still situations overseas, often unanticipated ones, where you really, really needed to get an American in there to look around or make contact with local agents.

By the late 1980s there was another big changes, SOCOM (Special Operations Command), which did have control of SEALs, Special Forces and other special operations forces. That made it easier for JSOC to easily obtain the use of Delta Force and Seal Team Six operators for jobs like espionage. While many of these operators look like pro football players (kinda makes them stand out, even in civilian clothes), many do not. Turning one of these guys into a secret agent is apparently not difficult. And they already have a license to kill and are very good at handling emergencies and desperate situations.

During the 1990s SOCOM, Delta Force and the SEALs were already prepared to collect intel on the ground themselves simply because they could no longer rely on the CIA to do it for them. That changed after September 11, 2001 but during the 1990s the commandos got experience doing espionage and demonstrated they were very good at it. Despite some new gadgets (drones and information analyzing software) there is still a need to put people on the ground (CIA or SOCOM) to collect information needed before commandos can plan and execute a successful mission.

For a long time no one has said much, officially, about the use of American commandos as spies and intelligence agents. This was in large part because few people outside SOCOM, JSOC and the CIA knew this was going on. Moreover these lads were very effective because they were trained to be flexible, think fast, and operate under any conditions. While they normally train wearing camouflage uniforms and carrying an assault rifle, they have no problem going on a recon mission in a suit, armed with a 9mm pistol, or no weapon at all.

Delta continues to learn from British SAS, who have long made good use of close working relationships with British diplomats. Thus it was no surprise when it became known that after 2001 JSOC operators (Delta and Seal Team Six) began performing secret operations (that stayed secret) involving anti-terrorism activities or nastier forms of diplomacy. Some of these missions did get a lot of publicity, like the capture of Saddam Hussein or the killing of Osama Bin Laden. But JSOC largely stayed in the shadows.

JSOC also stayed small, growing from about a thousand personnel in 2001 to about 4,000 today (compared to 80,000 for all of SOCOM). JSOC can also call on just about any American military personnel they need for individual missions. But to keep JSOC effective it was found that keeping the organization small was essential.

According to a September 1, 2015, story in the Washington Post that should surprise no one with even a passing knowledge of U.S. counterterrorism efforts over the last fifteen years, it appears the Central Intelligence Agency (CIA) and the military’s Joint Special Operations Command (JSOC) are using unmanned aerial vehicles to target and kill Syrian-based leaders of the Islamic terrorist group Islamic State (ISIS, also known as ISIL and IS).