Arrival of 3 Killers Which Equips Kilo Submarine of Vietnamese Navy

The information above has been Research Institute Stockholm International Peace (SIPRI) revealed on 17/3.

According to SIPRI, the two torpedo  53-65 and TEST 71 will be combined with the type of anti-ship cruise missiles 3M-54 Klub to form a trio of powerful offensive weapon for the diesel-electric submarines of the Vietnamese Navy's Kilo 636.1 submarines.

All three main weapons on this Kilo Vietnam have been ordered since 2009 as part of a deal to buy six Kilo-class submarines, and are expected to be completed in 2016.

Type 53-65 is considered quite modern torpedoes, are able to detect and attack targets at 19 km distances (photo : weaponsystems)

SIPRI's report showed that Vietnam has ordered a total of 50 in anti-ship cruise missiles launched from submarines 3M-54 Klub, 80 anti-ship torpedo 53-65 and 80 anti-ship/anti-submarine TEST-71 torpedo. In 2013, Vietnam received respectively 10, 15 and 15 units for every type of modern weapons.

TEST-71  is homing torpedoes and heavier wires rather than the type of TEST 68 - wire-guided torpedoes first lead of the Soviet Union. TEST-71  owns many advantages, such as longer range, heavier warhead and can attack targets at greater depths. 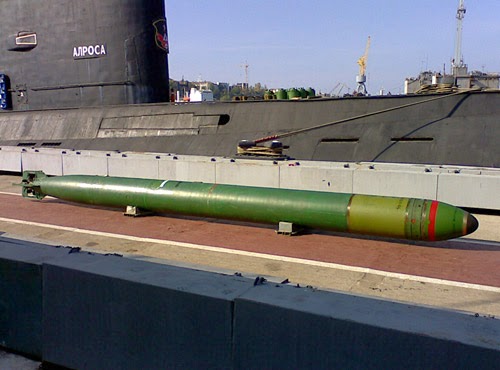 In addition to the initial prototype, was developed TEST-71  4 variant is more TEST 71M,  TEST 71MK, TEST 71ME-NK and TEST 3. Among them, only variations TEST 71ME-NK is capable of versatile attack (both surface ships and submarines), therefore, there is high possibility this is also the variant torpedo TEST 71 Vietnamese Navy subscribe to Kilo.

TEST-71ME-NK  has 533 mm diameter, 7.93 m long, weight 1.820 kg; warhead weighs 205 kg and has a great advantage is equipped with 2 fuses different: it needs to target (acoustics and magnetic field) and hit explosion. Torpedo operations are controlled by wireless remote, semi-active probes and transducers for sonar target detection range up to 1.5 km.

TEST-71ME-NK propulsion system is equipped with 2 dual propeller, 48km/h cruise speed and increased to 74 km/h in the final stages, 20 km long range attack at a depth of up to 400m.

Also 2 torpedo attack on the key, Vietnamese Kilo also will be equipped with cruise missiles, most powerful and now most modern in Russia the 3M-54 Klub. According to the SIPRI Vietnam received 50/80 missiles. 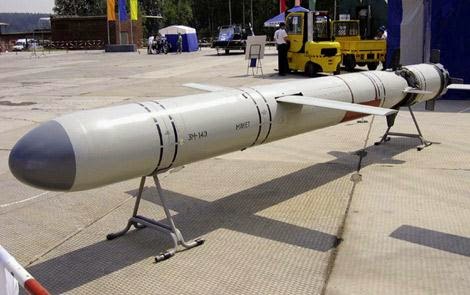 3M-54E probe integrated navigation ARGS-54 active radar target detection is of nearly 60 km. That is the way target range of 60 km, the rocket ammo will automatically detect, catch and target key grip without interference from the launch vehicle.

As can be seen, 636.1 Kilo Vietnam Navy is equipped with a system of powerful weapons and modern. With 6 submarines completed after 2016.

Vietnamese Navy will have the most modern fleet submarine in the region, it represents an orca as Kilo briskly hidden escape the black hole in the ocean, fired and ready to fight to defend sovereignty islands of the country. 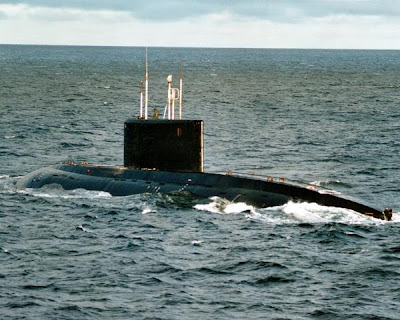 Commentary Han Hoa Military Magazine in April, a leading source of military technology expert reputation in Moscow (Russia) said that under a bilateral agreement signed between Russia and Vietnam, in 2013, Vietnam will receive the first Kilo submarines, a year later as the second and the last one will be delivered in 2017.Compared with 636-MK submarines that use by the Chinese Navy, Kilo 636-MV submarines that Russia sold to Vietnam has many differences, of which the largest is about armament.

First, Vietnam's Kilo submarines will be fitted with land attack cruise missile 3M-14E latest type, with a range of 290 km. Missiles are not Russia's Defense Ministry approved the export to China. Apart from Vietnam, two other countries are exporting Russian 3M-14E missiles is India and Algeria.

Besides that, Kilo 636-MV submarine is equipped with radar-guided complex multi-effects post GE2-01 type. This has not been removed for export to China, the biggest advantage is minimizing the noise in the environment and help diversify measures directions. 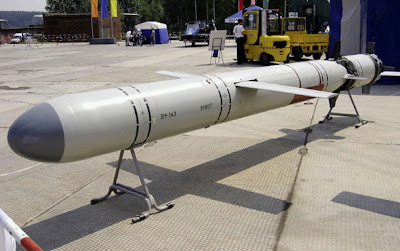 Besides these differences, Kilo submarines that Russia sold to China and the Russian Kilo submarine exports to Vietnam have some similarities, such as the missile is equipped with 3M-54E anti-ship, and used batteries 476 E type of improvement, long life and meet the requirements of the water temperature in the Pacific Ocean. 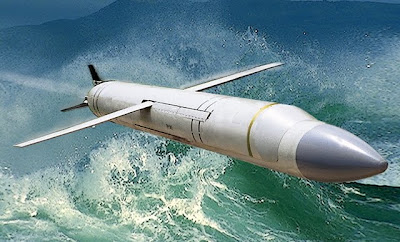 About 6 Kilo submarines sold by Russia to Vietnam, long have information that Vietnam can use them to build two fleets. However, according to sources, six submarines of the Kilo 636-MV Vietnam will be arranged uniformly, forming a Russian fleet and the construction will be in charge of all media repository missiles at seaports and oxygen supply stations as part of the contents of bilateral agreements signed with Vietnam.