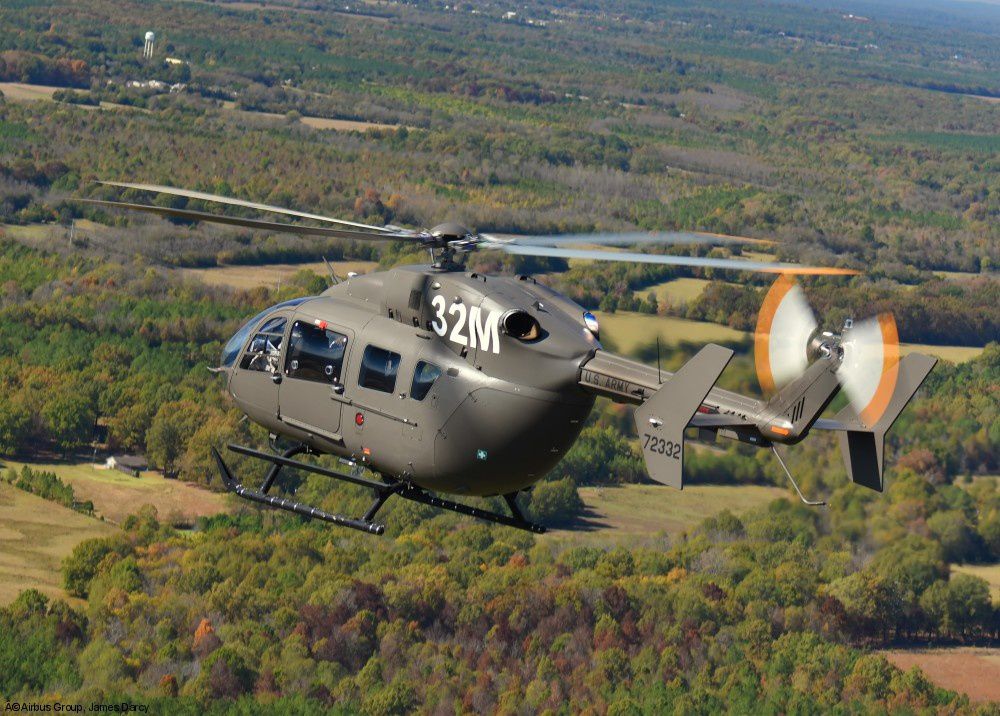 US to supply additional UH-72A Lakota helicopters to Thailand

A US Army UH-72A Lakota light-utility helicopter at the Pentagon in Washington, D.C., US

The US Defense Security Cooperation Agency (DSCA) has notified Congress of a potential foreign military sale (FMS) of UH-72A Lakota helicopters and associated equipment to Thailand.

Approved by the US State Department, the package also includes personnel training and training equipment, as well as other related elements of logistics support.

The sale is expected to contribute to Thailand's goal of upgrading and modernising its military forces with a new light-utility helicopter that can address requirements for rotary-wing transportation, while further enhancing interoperability between Thailand, the US, and other allies.

In addition, the sale contributes to the foreign policy and national security of the US by helping to improve the security of a major non-Nato ally.

EADS North America has been selected to serve as the prime contractor for the FMS programme.

The UH-72A Lakota, which is an unarmed utility militarised version of the EC-145 helicopter, is primarily used for search and rescue, medical evacuations, homeland security, VIP transport and disaster response and relief, as well as combat flight and pilot sustainment training missions.

Powered by two Turbomeca Arriel 1E2 turboshaft engines, the helicopter can also be used for general support and counter-narcotics operations.

It is currently operated by the US Army, Navy and the Army National Guard.

In June 2013, Thailand also requested six UH-72A Lakota helicopters and related equipment from the US at an estimated cost of $77m.

The active US Army will receive National Guard Apache attack helicopters under a new plan. (US Army)

WASHINGTON — In a surprising move, the head of the US National Guard Bureau has given his blessing to the US Army’s plan to move all of the Guard’s Apache attack helicopters into the active force while receiving several hundred Black Hawk and Lakota multi-use helicopters in return.

“As a member of the Joint Chiefs of Staff, we have fought, and we have discussed many, many times, these topics,” the National Guard Bureau chief, Army Gen. Frank Grass, told the Senate Armed Services Committee on Tuesday “And I provided my best military advice. I’ve assessed the risk. I’ve given the cost.

“But the decision’s been made, Mr. Chairman,” he said. “And my job now is to begin to look at the effects across the states, and figure out how we’re going to execute this plan.”

The general’s acquiescence came as a surprise in what many anticipated to be a contentious hearing, especially after Grass told the House Defense Appropriations subcommittee on April 3, “I do not agree with the proposal to take all Apaches out of the guard.”

Grass testified before the committee with Army Chief of Staff Gen. Ray Odierno, who has been campaigning for the aviation restructuring for months, but has encountered stiff resistance from the Guard leadership and sharp questions from Congress.

The chief emphasized that the aviation plan is a necessity given the tightening fiscal picture for the Army, and the expense of upgrading its helicopter fleets.

“No one is fully satisfied with the final outcome, including myself,” he offered. “However, the reality is the funding in the future will not allow us to have everything we may want. These cuts will still occur, even if we delay our decisions or fail to address the issue as the total Army. The results will be hollowing out of our Army.”

The plan calls for the Army to retire its fleet of Kiowa Warrior scout helicopters and replace them with the Guard’s Apaches, which will team with Army drones to perform the scout mission. Overall, the Army will lose 687 aircraft, including 600 Kiowas.

The active component will also eliminate three of its 13 Combat Aviation Brigades while the Guard will retain all of its 10 aviation brigades.

The Army expects to save about $12 billion over the next several years by taking this approach, beginning with $2 billion in fiscal 2015 alone.

The strategy “salvages our plans to modernize our aviation fleet,” said Col. Frank Tate, the Army’s chief of aviation force development, at an event across town at the same time the chiefs were testifying on Capitol Hill.

“We were lowering our rates of procurement on our biggest systems” due to the cost of maintaining seven different helicopter platforms, Tate told an audience at the Center for Strategic and International Studies.

The Army’s proposal to get rid of two models of the Kiowa and the TH-67 trainer helicopter would eliminate three aircraft models of the Army’s seven, as it continues to modernize the Chinook, Apache and Black Hawk until replacement helicopters begin to enter the fleet some time in the 2030s.

While the Army might be losing helicopters, it is increasingly eyeing shipboard operations for the 690 Apaches that it is keeping.

Operating from ships at sea “seems to be a growth capability, and we do sense that there is increasing demand out there” in South Korea and the Central Command area of operations, said the Army’s director of aviation, Col. John Lindsay.

“We’ve gotta make sure that we have the appropriate demand signal coming in from the combatant commanders,” however, in order to determine “how much maritime capability does the Army need to invest in,” he added.

Lindsay acknowledged that over the long term, “we still have some work to do” to determine how much the Army wants — or needs — to invest in operating Apache helicopters from naval vessels.

In a nod to Marine Corps sensitivities over the issue, Tate was quick to point out that flying Army helicopters from the decks of ships isn’t necessarily anything new. He was involved in operations in Haiti in the early 1990s where the Army flew Apaches off the back of short-deck Navy frigates.

“The Army is not new to this idea of maritime operations and ship operations,” he insisted

Fiscal 2010 other procurement, Army funds in the amount of $34,018,857 were obligated at the time of the award. Estimated completion date is April 3, 2015. Work will be performed in Columbus, Miss.

Army Contracting Command, Redstone Arsenal, Ala., is the contracting activity.

The Last Of The Lakotas

Because of budget cuts the U.S. Army has stopped buying the twin engine UH-72A ("Lakota") Light Utility Helicopters. Six months ago the army ordered another 34 Lakotas for $5.4 million each. Additional electronics and anti-missile systems add several millions to the cost per chopper. With that order the army has bought 312 of the 347 UH-72As it plans on getting. Most have already been delivered and apparently no more will be ordered, which means at least 35 Lakotas will not arrive.

Built by European firm EADS, the UH-72A is a militarized version of the EC145, a helicopter long popular with law enforcement agencies, including the FBI. The EC145 was introduced nine years ago and has been very popular with its users. The UH-72A purchase is a side effect of the cancellation of the Comanche scout helicopter in 2004 (mainly because of constantly increasing costs). Comanche was perceived as too expensive and complex. The UH-72A mainly replaces the few remaining UH-1 (“Huey”) helicopters, which have been retired because of old age.

The UH-72A has about the same capacity as the UH-1, despite its smaller size. The 3.6 ton UH-72A has a top speed of 260 kilometers an hour and a max range of 660 kilometers. Average endurance per sortie is about two hours. The helicopter has a crew of two and can carry up to eight passengers or about three-quarters of a ton of cargo or weapons. The UH-72A has been popular with its users and has had a readiness (for flying) rate of 90 percent.

HERNDON, Va., April 16 (UPI) -- The U.S. subsidiary of EADS, the European aerospace and defense conglomerate, expressed disappointment over a proposed U.S. Army cut in helicopter buys. The proposed cut would bring the number of UH-72A Lakota helicopters left to be procured to 10 from 41.