Since installation, the crew have been assessing the system in a bid to maintain its operational ability before the vessel's scheduled commissioning on 28 November.

In addition to offering enhanced potential for defence, the new system will enable the embarked forces and their headquarters staff to operate and communicate from the vessel.

Nuship Canberra communications and information warfare officer lieutenant commander Andrew Mannion said: "The planning for setting up the networks and communications systems onboard commenced early in the year.

"The communications suite on Canberra is significantly larger than any other ship in the fleet. We have approximately three times the amount of radios, networks and users."

Approximately 34 personnel from the department will operate the vessel's six local area networks (LANs) and offer 24/7 information technology (IT) helpdesk and information management, in addition to overseeing the radio, satellite and visual signalling communications mediums.

Around 50GB of data, including the ship's administrative paperwork and processes, has been migrated to the system and log-ons have been created for all 400 crew members, together with additional accounts on the classified networks.

Mannion added: "We had to transfer data that we had accumulated over the past 18 months to the ship's servers.

"When we start embarking forces, we will need to go through the same process for them, which could be approximately 300 additional personnel."

The vessel is also equipped with three internet cafés that allow crew to perform personal administration.

Work is still underway on the installation of a Wi-Fi network, which will enable crew and embarked forces to use personal devices to communicate with family and friends at home.

The largest ship ever built for the Royal Australian Navy, Landing Helicopter Dock NUSHIP Canberra, entered Sydney Harbour for the first time during the contractor sea trials and testing program. (all photos : RAN)

An exciting milestone was realised yesterday when the first Landing Helicopter Dock (LHD) ship currently being built for Defence, entered Sydney Harbour for the first time.

NUSHIP Canberra, the first of two LHDs being built for the Australian Defence Force entered Sydney after her first contractor trials and testing at sea.

The biggest ship ever built for Navy, she was a formidable sight as she proceeded into Fleet Base East, Sydney. 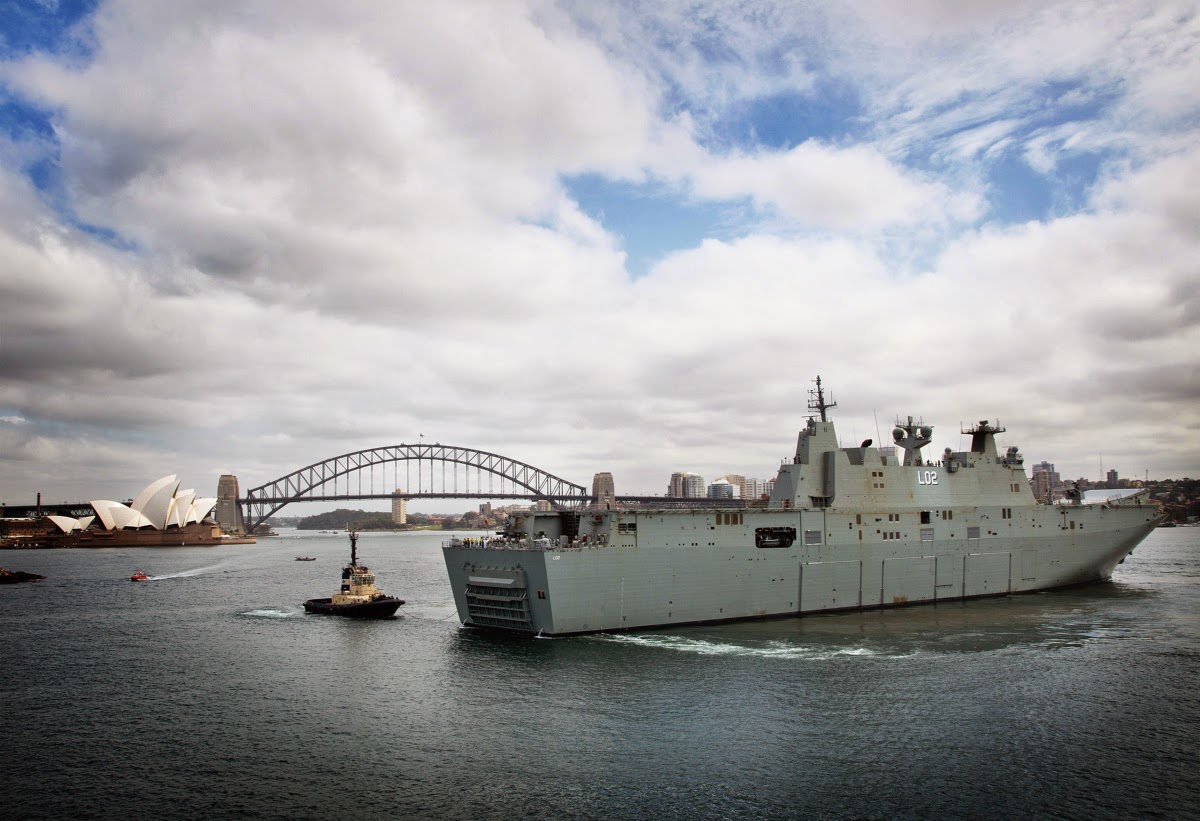 “The ship is scheduled to undertake a commercial docking in the Dry Dock in Sydney, to receive a hull clean and final paint before proceeding to sea and returning to Williamstown to commence the final phase of Contractor sea trials involving communications and combat systems.

“The first set of Contractor sea trials have been focussed on tuning the propulsion system and testing and trialling the hull, mechanical and electrical systems of the vessel,” Captain Bourke said.

NUSHIP Canberra’s Commanding Officer, Captain Jonathan Sadleir said a number of the ship’s company were also embarked in the ship  to witness the first set of Contractor sea trials. 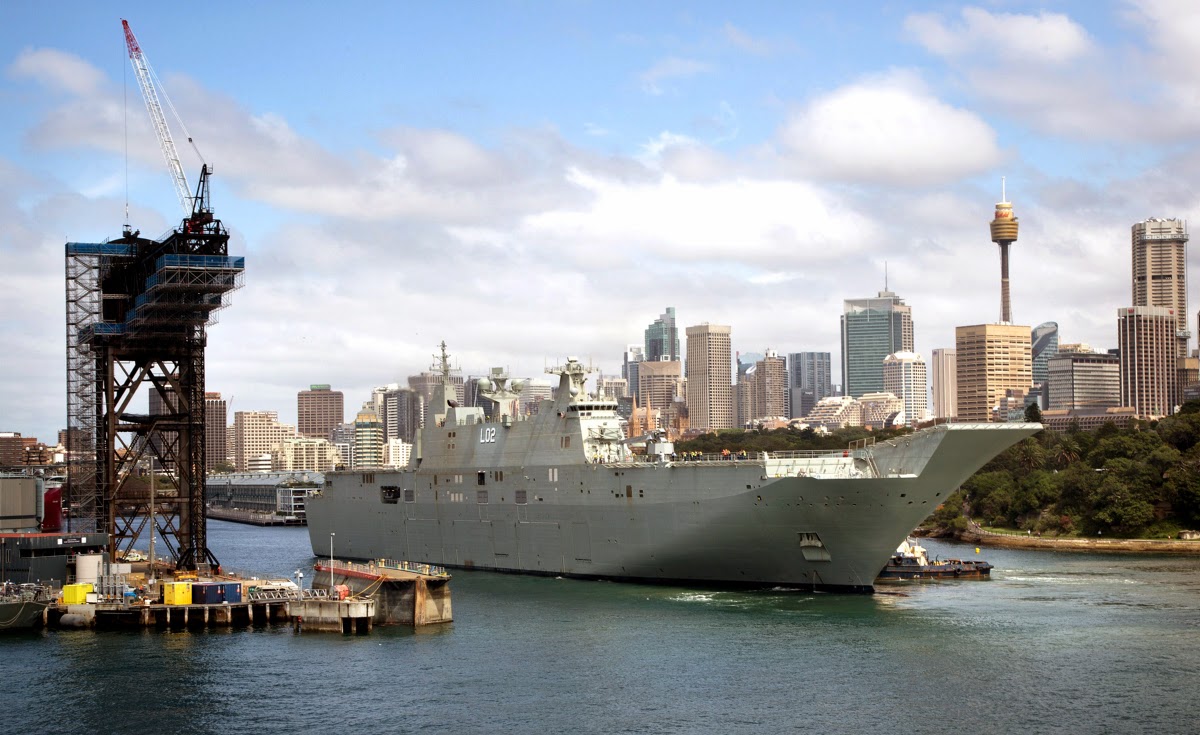 “The ship had representatives from all departments observing the trials, which has provided an excellent opportunity to build on their training and knowledge. NUSHIP Canberra chefs provided the meals for everyone onboard during the sea trials and did a great job.

"To see the ship come into Sydney today for the first time is a big milestone and is really exciting for the ship’s company,” Captain Sadleir said.

During her visit to Sydney, in addition to contractor work, the ship’s company will be carrying out important familiarisation and induction training in preparation to take responsibility when BAE Systems hand the ship over to Defence.