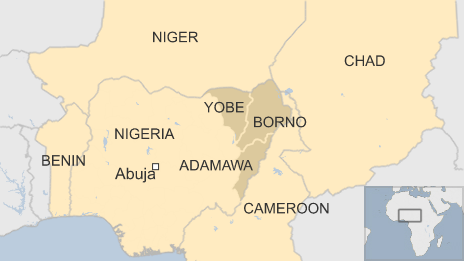 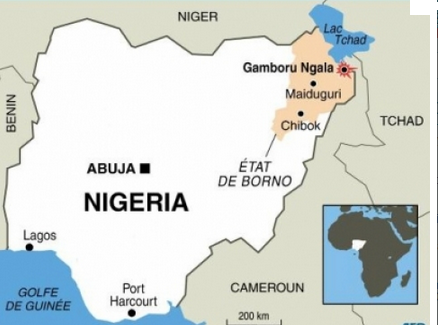 Nigerian authorities imposed a 24-hour curfew in the main northeastern city of Maiduguri on Monday after Islamist militants attacked an air force base and army sites overnight, the military said.

Baba Ahmed Jidda, a spokesman for the government of Borno State, of which Maiduguri is the capital, announced the curfew in a statement, but gave no details of the attacks and did not say if they had caused casualties.

The Nigerian military has periodically imposed curfews on Maiduguri, birthplace of the Boko Haram insurgency that is the gravest threat to Africa's top oil producer. But it is rare for the state government to make such an announcement.

"Military locations such as Nigerian Air Force Base and some Nigerian Army locations in Maiduguri were targeted," he said.

Three disused aircraft and two helicopters were damaged. Flights to and from Maiduguri airport, which is near the air force base, had been disrupted but had now resumed, he said.

"My family and I could not sleep till daybreak because the shooting continued till about 8 a.m.," Haruna Ali told Reuters at the scene, where Borno state governor Kassim Shettima was surveying the aftermath of the violence.

"We are going to replace all buildings destroyed by the insurgents even if they destroy them a hundred times," Shettima declared, walking past a burnt-out fuel truck. "I know we shall overcome ... the Satanic ideology of this group."

In May, President Goodluck Jonathan declared a state of emergency in Borno and two other states, ordering an all-out offensive against the Islamist group fighting to establish an Islamic state in Nigeria. Africa's most populous country is split roughly evenly between Christians and Muslims.

Nigeria has used air power to bomb suspected Boko Haram bases, including a strike on Friday that the military said might have killed more than 50 insurgents in one of their main bases in Gwoza.

Initially the offensive appeared to temper the violence as soldiers wrested back control of towns, cities and stretches of semi-desert in the northeast from the militants.

But Boko Haram's fighters have survived many assaults during the 4-1/2-year-old insurgency. After retreating this year to remoter areas, including the forested Gwoza hills near Cameroon, they have mounted deadly counter-attacks and stepped up killings of civilians they accuse of collaborating with the authorities